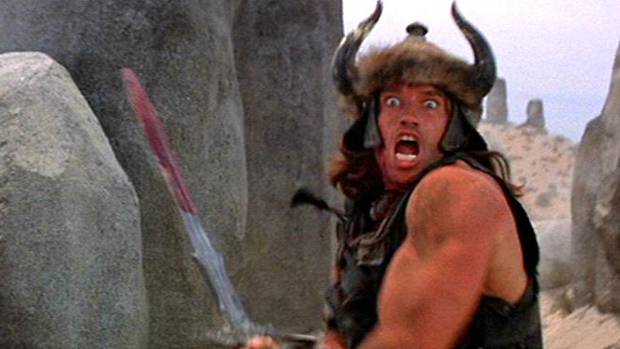 I’m on a major Conan kick these days. I watched the new movie today, and while it wasn’t that great, it didn’t completely suck either. My plans for tonight are to fall asleep reading some of Dark Horses Conan series. Did you know that Barack Obama collects Conan comics?

We don’t have any Conan related stories for you today, but we do have some cool stuff. We have a racist episode of Podtoid, some binary robots, Shank 2 gets reviewed, Assassin’s Creed III is being made (shocking!), and Double Fine’s new Adventure project will be DRM free for PC, Mac, and Linux.

Podtoid 189: Sip The Coffee Of Racism

Preview: Conquer China on the go in Dynasty Warriors Next

Twisted Metal movie being made by Crank co-director

Notch begs internet to chill out over Psychonauts 2

Ni no Kuni set for winter 2012 in North America

Jordan Mechner is remaking Karateka for XBLA and PSN

High Moon on lack of Transformers: Fall of Cybertron PC

Watch copies of Shaq Fu get blown the f**k up

People check into Tiny Tower, but they don’t check out

Ace Attorney film to premiere at Cali’s AM2 convention

The Last Story has a new European trailer, looks amazing

Allow this Far Cry 3 trailer to excite your brain

Syndicate launch trailer will probably give you a fit

Mojang is doing a live game jam this weekend for charity

Nexuiz shows off its mutations and frantic gunplay