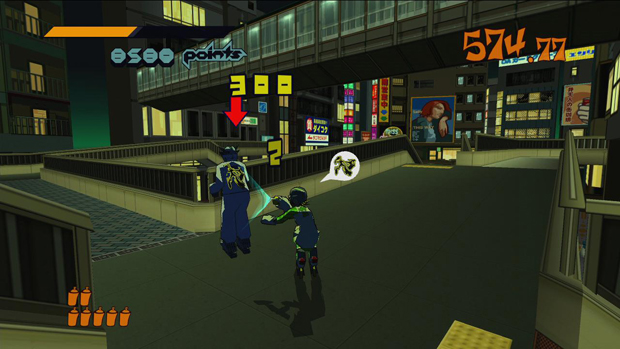 Is he painting a target on my back in that shot? Or did I do that myself?

Lots of stuff hit Dtoid today. Chad somehow left Cole Phelps off his top ten detectives list, Dale got us an exclusive look at the Katamari webcomic, Jim reviewed the awesome LittleBigPlanet PS Vita, I reviewed Jet Set Radio (to much outcry), and much more hit the site on September 12th.

The ten best videogame detectives EVER!

Forum thread of the day: The Official Resident Evil Thread

Shatter OST concert to get live stream and recording

What are your predictions for Nintendo’s Wii U event?

Game Boy Advance games may be coming to eShop

Grab the original Rise of the Triad on sale at GOG.com

All aboard for Train Simulator 2013

Rub this 3DS stylus all over your gross face

Get psyched with a brand new Wreck-It Ralph trailer

Psycho Crusher tears it up with Mass Effect’s map theme

Latest Dishonored developer diary is all about immersion

Feast your eyes on Kokuga, from the creator of Ikaruga

An hour of Mark of the Ninja with Nels Anderson

Wrack is going to swallow me up

In Keiji Inafune’s J.J. Rockets, you ARE the President