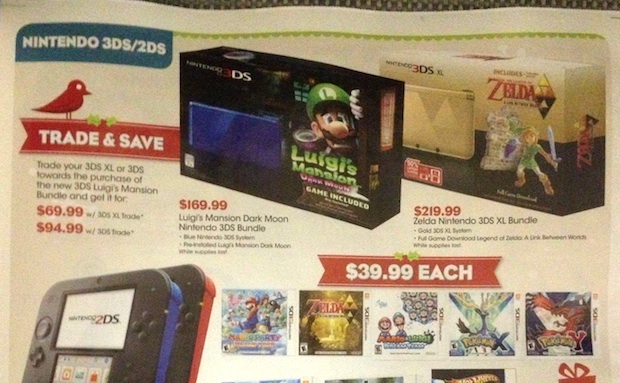 [Update: Nintendo’s keeping tight-lipped. They say: “We have nothing to announce at this time.”]

It looks like that beautiful Link Between Worlds Zelda 3DS XL we told you was coming to Europe (and also Australia) is also slated to come to America. That same leaked GameStop Black Friday ad we pointed to earlier today (CheapAssGamer has all the pages) lists the system bundle for $219.99. That is now officially on my Black Friday shopping list.

Well, unless that Luigi one pops up. That one is better.

We’ve reached out to Nintendo to see if they can confirm that it is coming our way, but the Triforce points to yes.