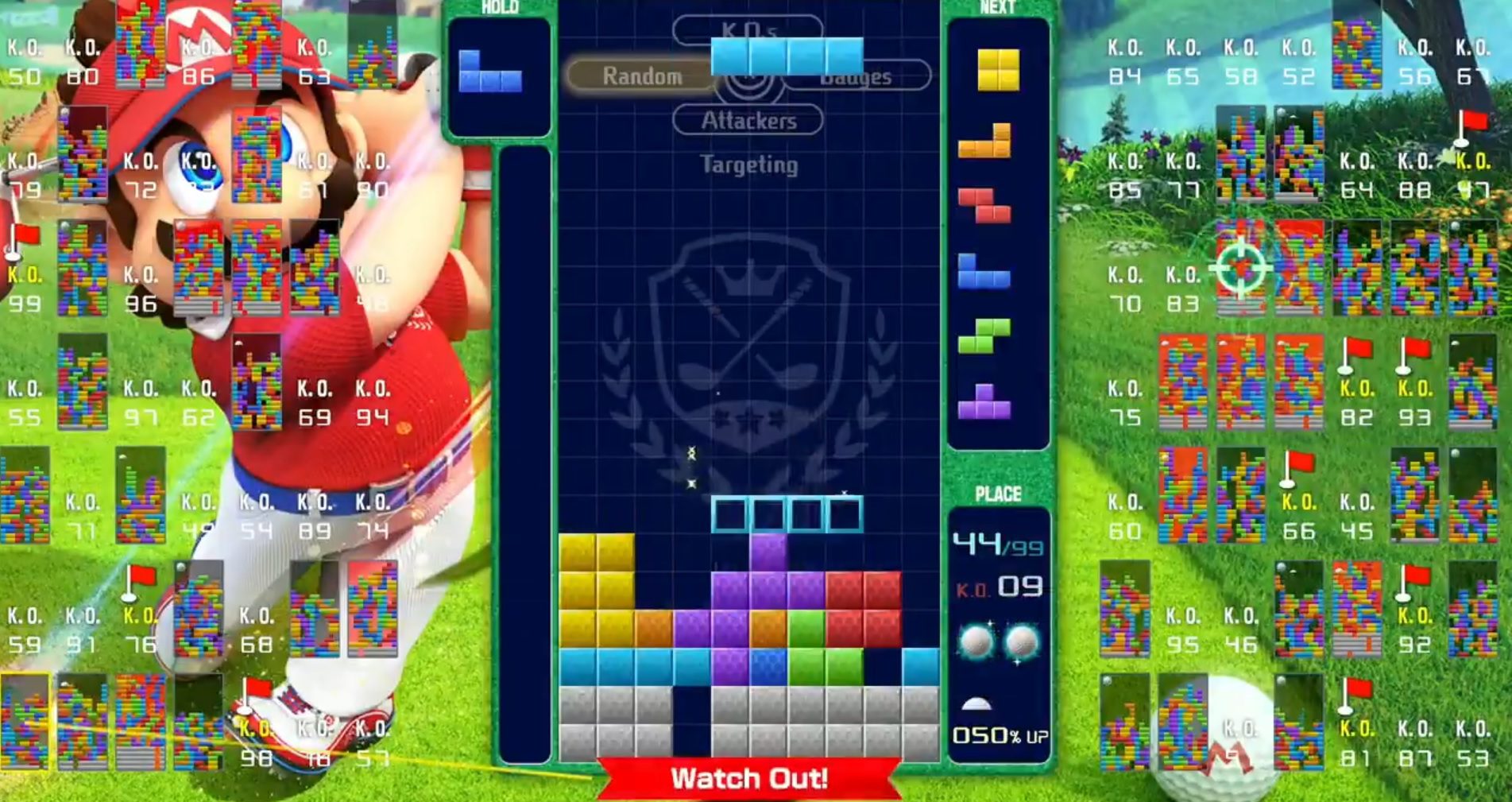 Plug up that hole (in one)

From tomorrow, July 9, until Monday, July 12, any Tetris 99 player who earns themselves 100 points in-game will automatically unlock the Mario Golf themed package, which includes artwork, music, and custom Teromino designs based upon the new links-smashing release. Of course, a Nintendo Online account is needed in order to participate in Tetris 99 tournies, but as long as you are signed up, then you’ll be good to go.

The Mario Golf: Super Rush event is the latest in a series of crossover events to hit the fast-paced puzzler. Previous Maximus Cup events have seen tie-ins with Splatoon, Kirby Fighters, and, most recently, Super Mario 3D World + Bowser’s Fury. For Nintendo, it’s a neat way to offer players some freebies while doing a spot of cross-promotion.