To say the Tales series is a pretty big franchise would probably be seen as a gross understatement. Since its creation in 1994, the series has sold over 14 million copies despite many of the games not getting released outside of Japan. With the latest installment, Tales of Graces f, reaching Europe at the end of August, Namco has put together a special day-one edition for European fans. It will include making-of videos, the original soundtrack, exclusive DLC, and an art book, all for the standard price of the game.

Hideo Baba, producer on the Tales series, says that this is a “thank you” to the European fans that have had to wait longer than any other group. The delayed European release was largely in part due to localization, with one of the biggest challenges being that they didn’t think about translating the game for European countries when the Japanese version was in development. So they had to recreate the system the game was developed on in order to be playable in PAL territories. 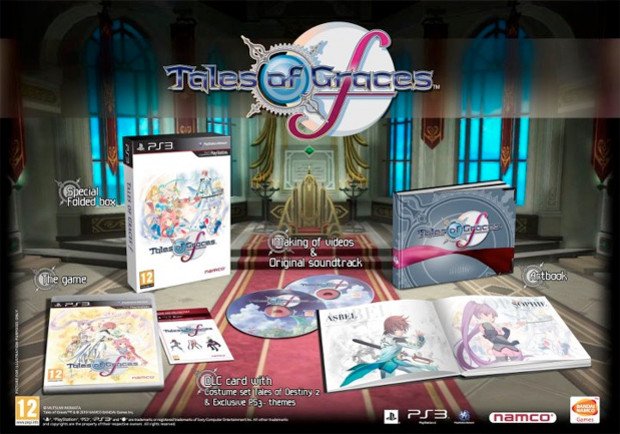 “I feel the European fan base is very similar to the Japanese fan base” Baba told Destructoid at a recent press event. “They like the worlds in the Tales series, and the characters as well, so I definitely feel there is love and passion from the European fans as well. I feel that the EU fan base is becoming bigger and bigger, especially as of more recently.”

Western Tales fans have been neglected in the past, with a plethora of Tales media not reaching our shores, but this is something Namco Bandai is looking to change. As reported a few days ago, both Tales of Xillia and the next game in the series will be coming to the West. Baba sees the various types of media the Tales series has been released on as a way to bring more people in, especially in the West.

“I think there is [still a place for JRPGs] in Europe. Just as an example, broadcasting can be used, so animation in Tales can help more and more people recognize the series and franchise. Someone watching one of the anime adaptations might think ‘Oh, it’s originally a game? I want to play it!,’ so that’s just an example but we need to make our efforts to increase the series’ recognition.” 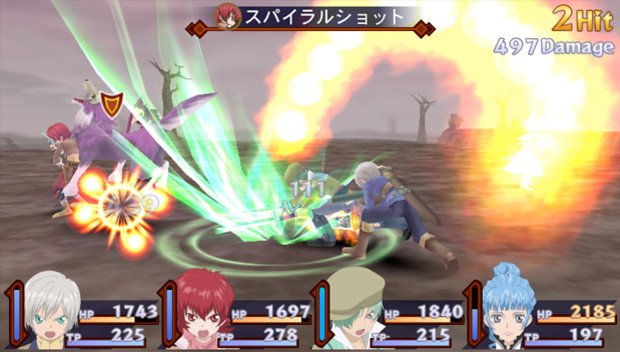 One of the games that the West missed out on is the well-received DS title Tales of Innocence, which recently received a PlayStation Vita remake. When I asked if it’s possible that the game will come to the West, Baba remains optimistic. “If it’s possible, I will bring it to Europe, but the market for the Vita isn’t that big there and localization costs are expensive, so I would like to bring it to consoles where as many players as possible can enjoy the game. Hence why this time [Tales of Graces f] is on the PS3.”

Since the game is about friendship — with Baba having such a friendly demeanor — and also because Tekken producer Katsushiro Harada jokingly demanded that all of the attendees report that Baba is single (and prefers men, women, cats, and dogs), I figured I’d close my interview with a question on what his favorite activity to do with his friends is.

He replied that Tales of Graces f is part of both his working and private life as he plays it when he’s at home, though he enjoys skiing in the winter and used to enjoy surfing when he was younger.