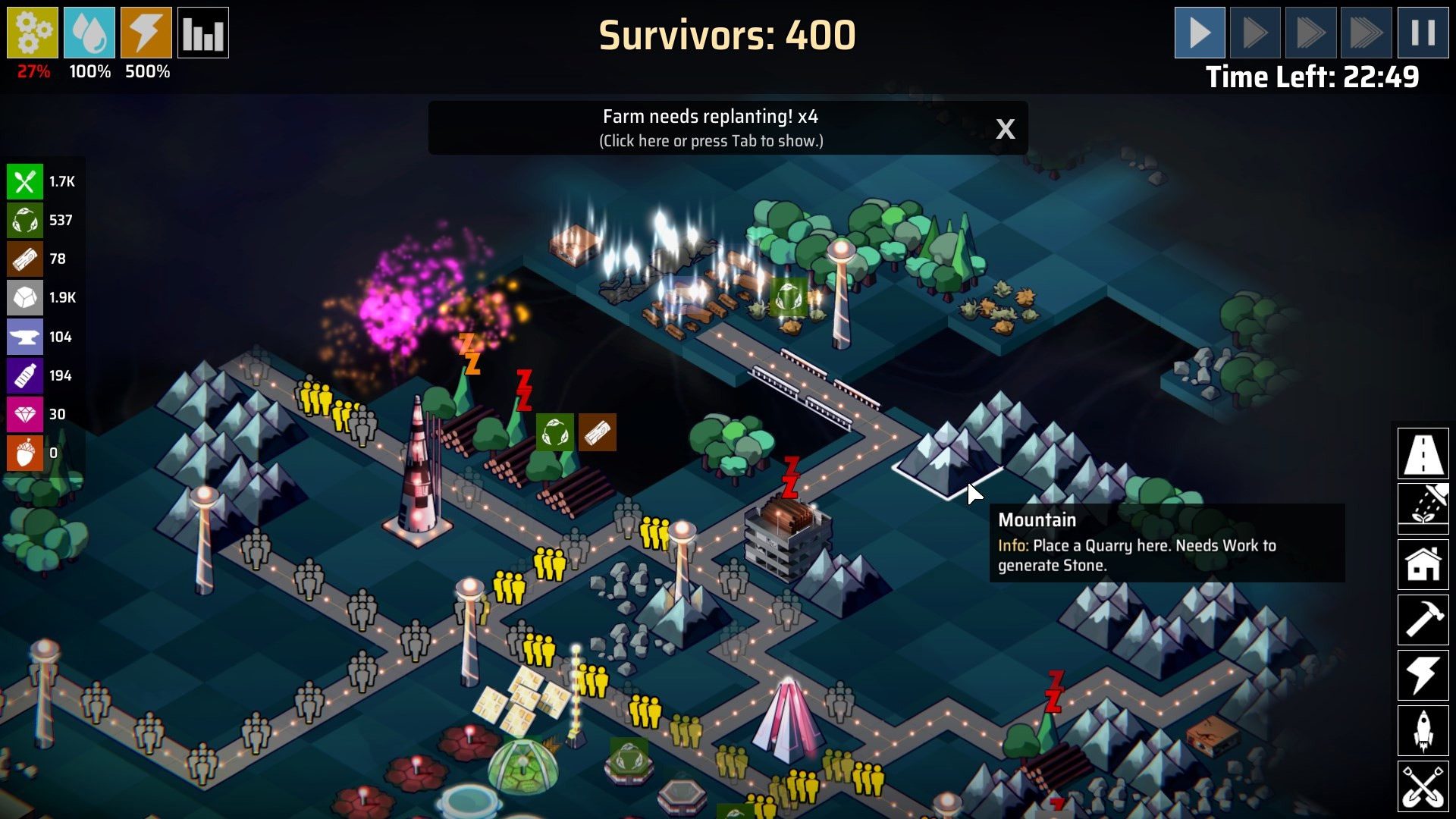 I’ve been meaning to cover T-Minus 30, a game about building short-term cities to get as many folks off the planet as possible before it’s too late, but it fell off my to-do list. I’d probably miss the last rocket off Earth, too. “I’m forgetting something, aren’t I? Oh sh—!”

It’s been out for about a week now on Steam, slowly picking up traction in an admittedly crowded PC genre, and there’s still a slight launch-week discount if you hurry.

Simply put: “You can’t save everyone, and people will still end up dead, but that’s life.”

I would’ve tried to give T-Minus 30 a nod either way, but I definitely wanted to take some time to do so after catching this launch trailer — it’s not your everyday format. Instead, it’s half an hour long. Long enough to see a full run, including the nervewracking final countdown in which the player scrambles to squeeze rockets into the cluttered map.

If you’d rather go at your own pace, the first minute of the trailer is a more traditional recap, so you’re covered there too. The big takeaway is that you’ve got to transform the landscape as quickly and efficiently as possible to support infrastructure that can ultimately get humanity off the planet, and in gameplay terms, that means lots of clicking and thinking ahead to make the most of said clicks. The maps are procedural.

“You can build up your infrastructure to support solar farms and hydroponics labs to stock sleek generational ships that each rescue thousands of evacuees,” according to Gray Alien Games. “Or, you can remain low-tech and brute force your population off the Earth by building massive numbers of 1960s era rocketry.” The graphics, while simple, fit the vibe.

This game seems like the opposite of the tranquil nature-building game Terra Nil, which is about revitalizing a wasteland and leaving no trace when the job’s done. I’m here for both!