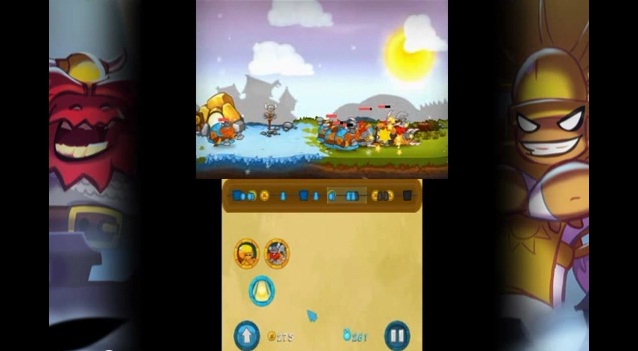 Swords and Soldiers is one of my favorite time wasters ever. As a castle defense game, you’re basically tasked with building units, sending them off in a straight line to fight, and hoping your enemy doesn’t counter or outwit you as they do the same. It’s a tug of war of sorts, with spells, crazy units (I am Catman!) and general charm.

If you haven’t experienced it yet, Ronimo Games is bringing a 3DS port to the eShop this year by way of developer Circle Entertainment, and you can get a look at the game in action above. It’s looking pretty good so far, and the dual screens really help keep the screen less cluttered than the iOS version. If you don’t have a 3DS or an iOS device though, you can also pick it up on PC, the PSN and WiiWare.