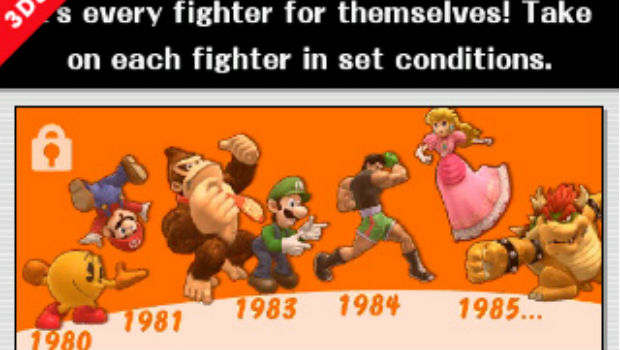 As expected, Super Smash Bros. is going to have an All-Star mode. Functioning as a survival battle of sorts, you’ll have a “limited” amount of recovery items and no continues. What’s really cool about All-Star battle is that you’ll fight characters chronologically, from Pac-Man, through Mario, through Donkey Kong and Luigi.

Here’s the twist — you’ll automatically unlock the mode from the start, but it will not be complete until you’ve earned every fighter in the game. Naturally, this implies that All-Star mode isn’t a requirement to unlock characters.