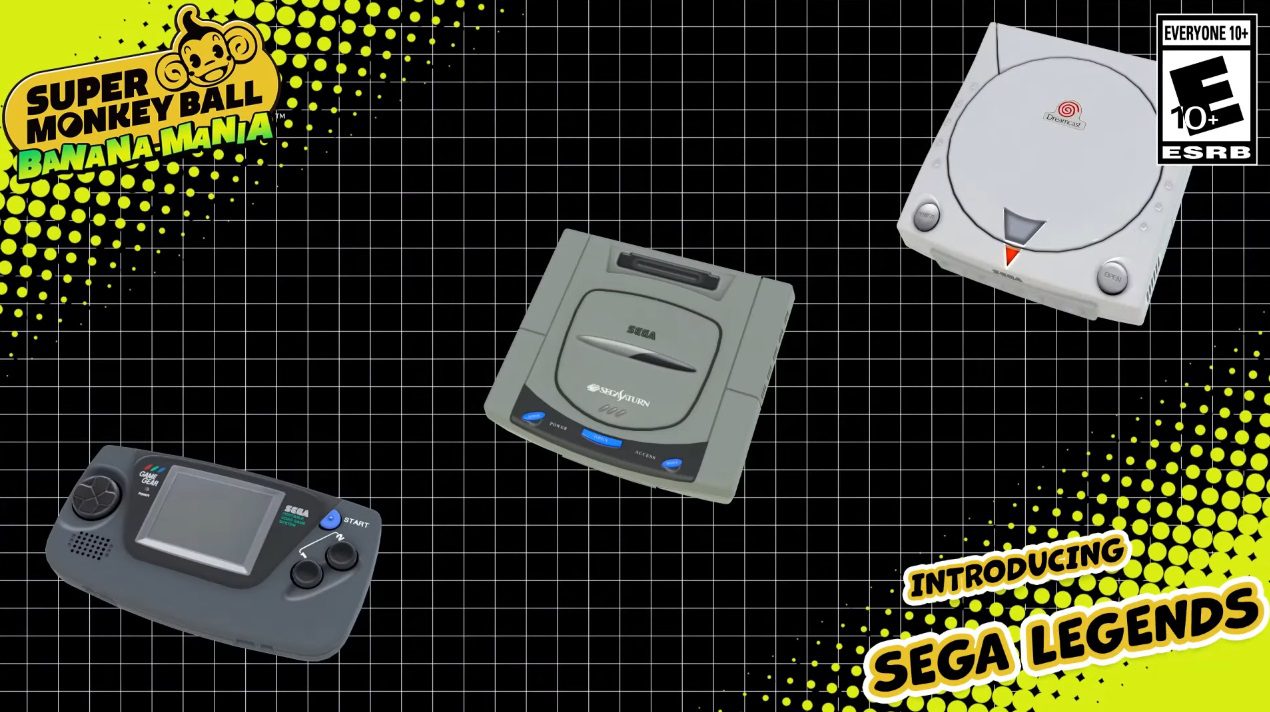 Do Not Roll Your Dreamcast Down a Hill

Yesterday was the 22nd anniversary of Sega’s misunderstood beauty, Dreamcast. And while the console itself might have not set cash registers alight, its presence is still felt today thanks to its famously great launch lineup, online gaming capabilities, and bizarre VMU memory system.

Oh, and you can also stick the hapless console in a ball and roll it to oblivion in Super Monkey Ball: Banana Mania.

In what, I guess, counts as an anniversary celebration, Sega revealed the “Super Monkey Ball Sega Legends Pack” DLC, which offers SMB fans the opportunity to place a Sega Dreamcast, Sega Saturn, or Sega Game Gear in the sphere of doom before sending it hurtling down one of the game’s 300+ courses. Oddly, while 3D models have been used for the consoles, they do not actually rotate — or even animate — alongside the ball, which looks rubbish, frankly. Perhaps development is still underway.

The Super Monkey Ball Sega Legends Pack DLC will launch alongside Super Monkey Ball: Banana Mania at a cost of around $5 USD. Alternately, it is also included as part of the Deluxe Digital Edition. The three cute consoles join other recently revealed guest stars such as Persona 5‘s Morgana, Yakuza‘s Kazuma Kiryu, Sonic the Hedgehog and Tails, and the adorable fashion icon, Hello Kitty. We are still waiting on the arrival of Hatsune Miku… You gotta make this happen, Sega.