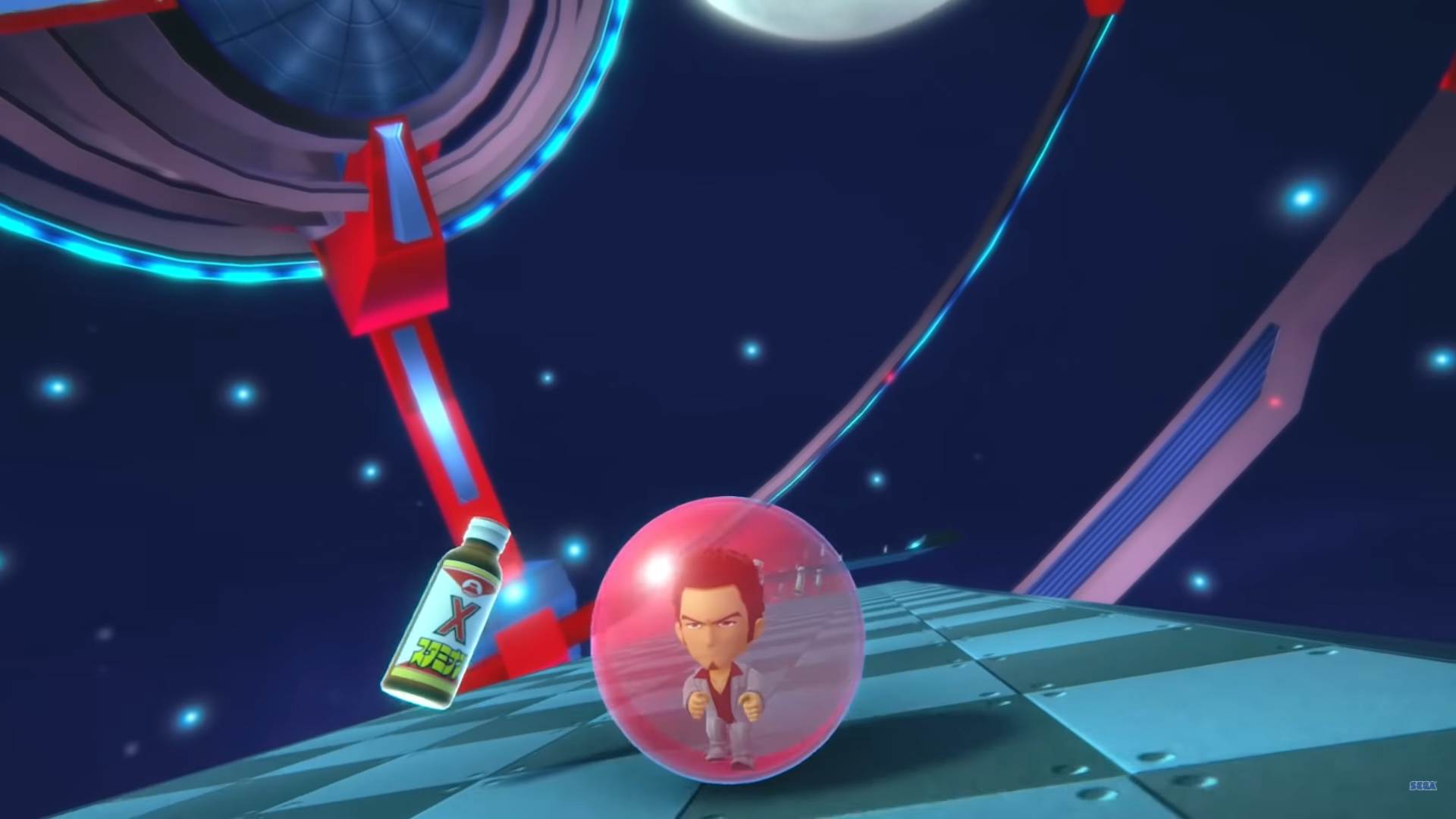 Super Monkey Ball Banana Mania is shaping up to be quite the Sega crossover. Not only is there the Monkey Ball crew and some familiar Sega mascots, but today, Sega confirmed that the Dragon of Dojima himself will be rolling into the lineup.

Kazuma Kiryu of the Yakuza series will be a playable character in the upcoming Super Monkey Ball Banana Mania. This tiny version of the legendary yakuza doesn’t just have his regular attire, but it also converts all of the bananas in the level into Staminan X pickups.

Honestly, this rules. The Yakuza series has always struck a nice balance between seriousness and silliness, and letting Kiryu roll into the tilting, physics-laden world of Super Monkey Ball suits him well. I could absolutely see him getting involved in some kind of zorbing minigame in a Yakuza game. It would only get better if Majima could pop up at random times to knock Kiryu off the stage.

Super Monkey Ball Banana Mania is a “definitive” remaster of the first three Super Monkey Ball games. But it’s not just a repackaging of games; it’s also bringing in some other cameos alongside Kiryu, like Sonic and Tails from Sonic the Hedgehog. Both characters will be free and part of the game, unlockable through normal gameplay, as will Kazuma Kiryu according to the YouTube trailer description.

I’ve still got my copy of Super Monkey Ball 2 for the GameCube that I find time to bounce back into now and again, but having the collection on a single platform will be nice. I’ve got many fond memories of bouncing and rolling my way through these escalating, challenging levels, and it’ll be nice to do so again on a modern platform.

There’s no want for platforms to pick from either, as Super Monkey Ball Banana Mania will arrive on Nintendo Switch, PlayStation 4, PS5, Xbox One, Xbox Series X|S, and PC via Steam on Oct. 5, 2021.