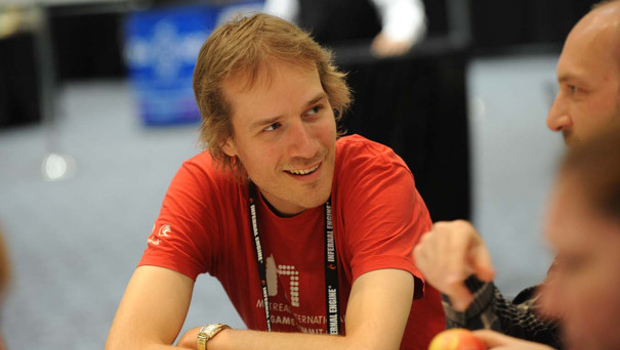 Today on Sup Holmes we welcome Jason Rohrer to the program. Jason is one of the fathers of the modern indie game landscape. While the PS3/360/Wii “next gen” marketing train was yelling in our faces that cut scenes, motion control, and high definition graphics were integral to enjoying games in new ways, Jason released Passage — a game that utilized nothing more than the basic and was all the more affecting for it.

Jason’s released many, many games since then, including the DSiWare compilation Alt-Play, the world’s first kickstarted DS cartridge title Diamond Trust of London, the two-player narrative construction set Sleep is Death, the litereally one of a kind game Chain World, the scale/shooting/strategy game Inside a Star Filled Sky, and the upcoming home security and defense title The Castle Doctrine.

We’ll be talking to Jason about what got him started in development, his willingness to show the player autobiographical traits that he may not be proud of, his plan to put The Castle Doctrine on sale at launch (and only at launch), and a lot more. Join us at 1pm PST/4pm EST for the full event!