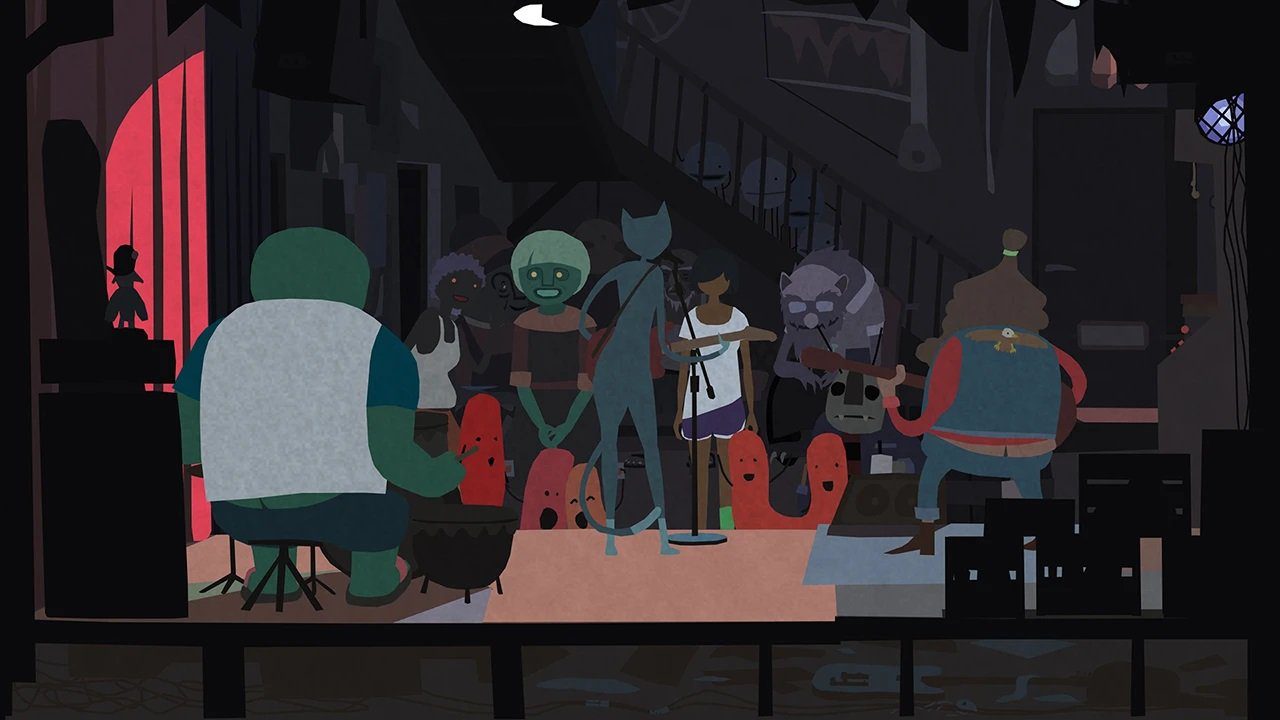 The beautiful mutated world of Mutazione is coming to some new platforms next week. The mutant space opera will land on Nintendo Switch and Xbox consoles on May 26, 2021.

Mutazione is an indie adventure that’s racked up a few awards already, including the 2020 IGF award for Excellence in Audio. That excellence in audio is also getting commemorated in its own way, as iam8bit has announced a 2xLP vinyl soundtrack for the game, complete with a stylish cover.

If you haven’t seen it around before, Mutazione follows 15-year-old Kai in the secretive community of Mutazione, as she cares for her ailing grandfather, attends BBQs and band nights, and deals with both apocalyptic threats and small-town drama.

Mutazione has been on my backlog for ages, and it coming to Nintendo Switch might just be the push I need to finally put some hours into it. I’m loving the art and the vibes, and honestly, I could use a simulated virtual hangout with townsfolk these days.