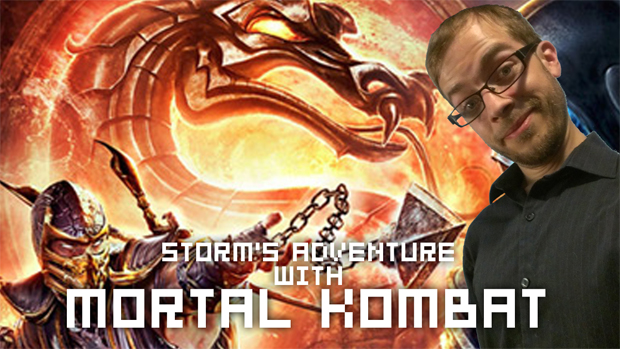 Witness another poor decision on my part. Street Fighter IV taught me not to play modern fighting games, or, at the very least, speak my opinion of them in public. Of course, that was before I was able to post to the third largest gaming blog on the internet, where everyone loves me…*weak laughter*.

Mortal Kombat games sort of dropped of the planet for a while, so we’re served up with a nice reboot this time around. And I must say I’m glad I was forced into playing this iteration. Aside from chucking my controller out the window while trying to beat Shao Kahn, I had a good time.