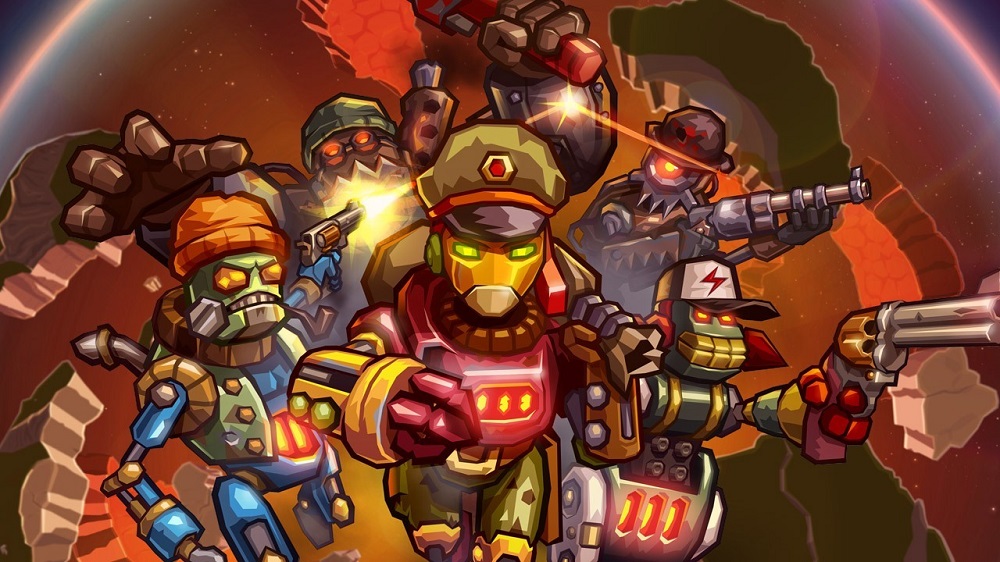 Image & Form Games have announced on twitter that 2015’s SteamWorld Heist is coming to the Nintendo Switch at the end of this month, released as an all-inclusive Ultimate Edition.

The critically-acclaimed side-scroller has the player take charge of a band of nefarious steambot pirates, who board and capture a succession of spaceships, engaging in strategic, turn-based shootouts. Ostensibly this is to loot said ships of their precious booty, but you’ll probably find it becomes more about obsessively collecting hats.

Heist is already available on multiple platforms, including PC, PS4, 3DS and Xbox One, and will be coming to Switch in its complete form, featuring all of its previously released DLC, along with optimised touchscreen controls. It’s a great-looking game and an addictive challenge, well-worth checking out if you missed it first time around.