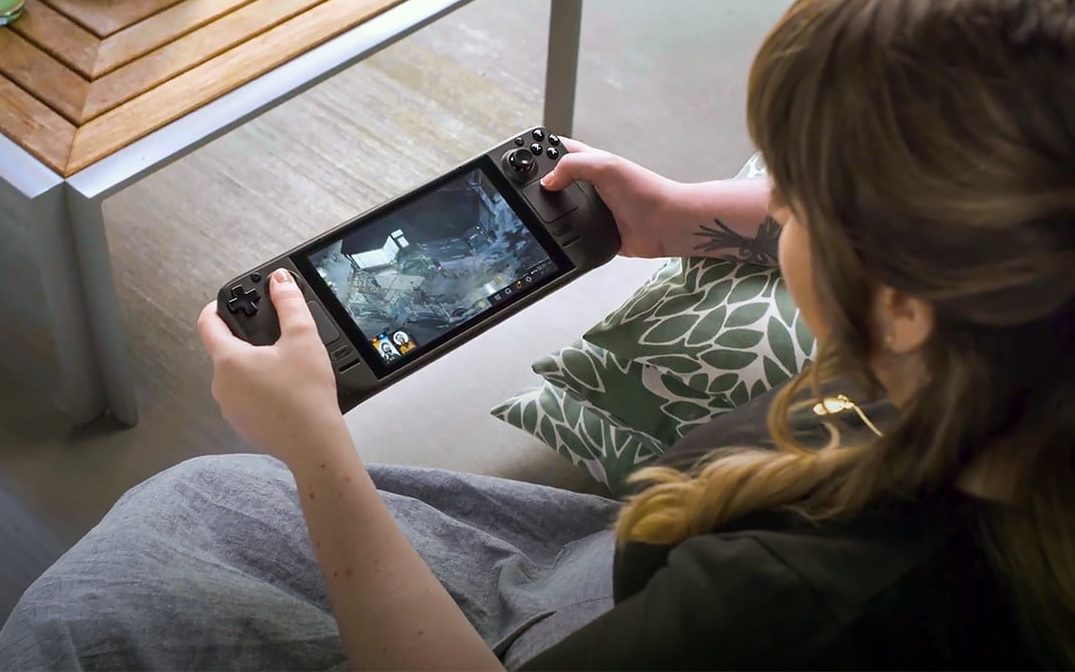 Valve has spent the past week dropping news and updates regarding its upcoming handheld gaming platform, Steam Deck. Among the tidbits on offer, the publisher announced that the hardware will be open to any and all PC software, and will not play host to any “Steam Deck Exclusive” game releases.

“That doesn’t make much sense to us. It’s a PC and it should just play games like a PC,” said Valve in succinct comments posted as part of an FAQ for game developers. The aim of Steam Deck is to essentially create a portable gaming PC, allowing Steam users to carry a momentous library of titles anywhere they choose. Thus is behooves Valve to ensure that any title available to purchase on Steam Deck should be purchasable on desktop and vice-versa, tech capacity notwithstanding.

Of course, that last factor is the real kicker. While Steam Deck is set to be a powerful piece of kit, PC titles are renown for their hefty, resource-munching nature. Valve hopes to offer clear and readily available information as to which games will and will not run with total stability on the new hardware. The Steam Deck front page, for example, will only advertise titles that are confirmed to run “great” on the handheld. Valve is seemingly evaluating its entire library in order to check the compatibility of its games. A hefty task indeed. When you factor in patches and updates for both hardware and software, you have something of an ever-shifting playing field. The Steam Deck’s honeymoon period will require some patience.

Steam Deck is tentatively scheduled to launch in February 2022