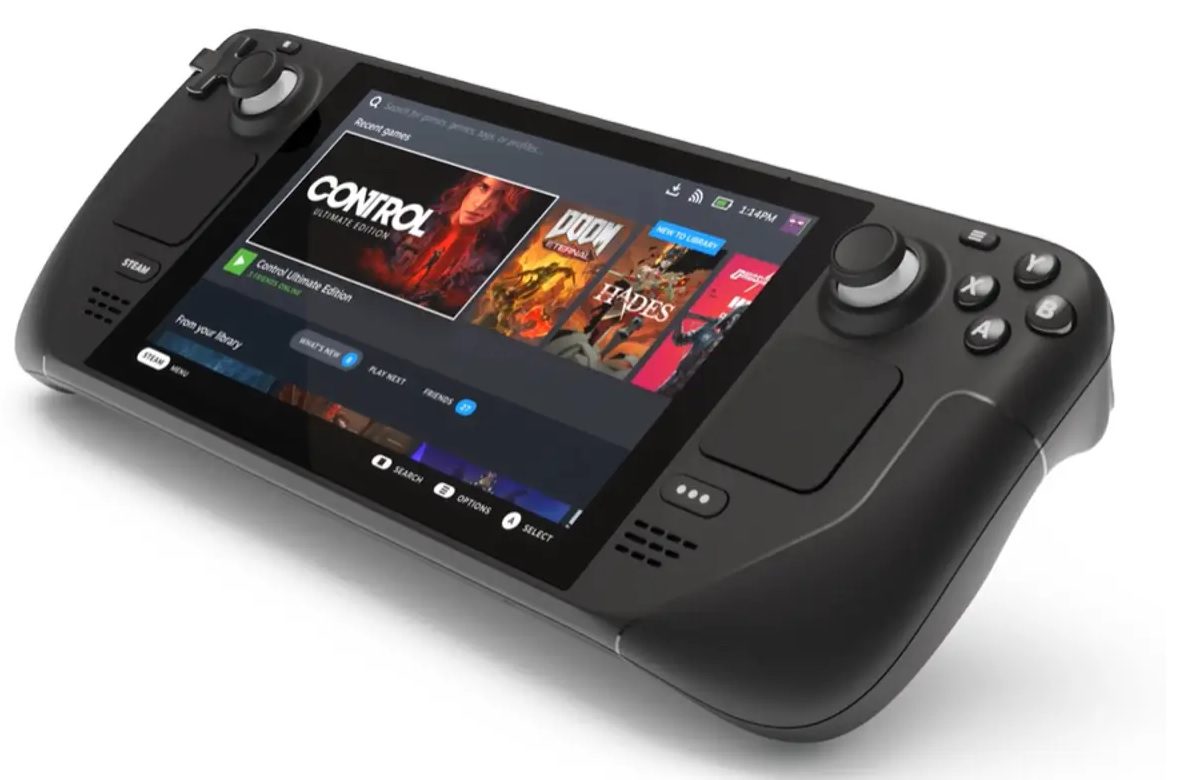 Valve is reviewing its catalog for Deck compatibility

The handheld PC Steam Deck is on its way, headed towards a massive pre-established library of games. Today, Valve announced a new initiative for cataloguing games called Steam Deck Verified, which will show users how compatible certain games are with the portable.

On its website, Valve says it will be reviewing the entire Steam catalog on the Deck. After each game is reviewed, it will be categorized according to how compatible it is with the Steam Deck.

Valve outlines four different categories for Steam Deck Verified. The first, Verified, means it works great on Steam Deck. Following it is Playable, which says the game might require some manual tweaking.

Unsupported games are not currently functional on the Steam Deck. One example given is Half-Life: Alyx, a VR game. And lastly, Unknown means it hasn’t been checked for compatibility yet. 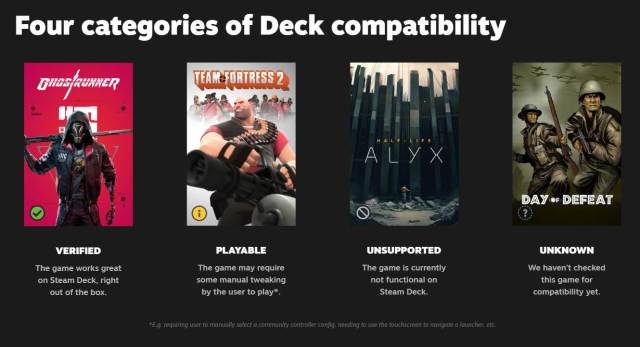 Under “Seamlessness,” Valve says a title shouldn’t display any compatibility warnings and if it has a launcher, it should be navigable with a controller. Finally, it needs System Support. For example, if running through Proton, a game and all its middleware should be supported by Proton.

Badges will be shown in the Steam storefront and in the Steam Deck library, so users will know which games work well with the handheld. The review process for Steam Deck Verified is currently ongoing, and Valve says it will continue to check games through launch and beyond, and that titles will be up for re-review pending updates or Deck software improvements.

It’s a hands-on approach for Valve to take, compared to past programs like Greenlight. But with the Steam Deck launch approaching, it’s also good to know Valve is putting in some time to verify which games are working right away, and which need some tweaks. The company also recently launched a Twitter account where it’s been sharing videos of various developers playing their games on the Deck, so at least be assured that The Witcher 3: Wild Hunt will run on the Deck.

The first wave of Steam Decks is expected to start shipping this December.