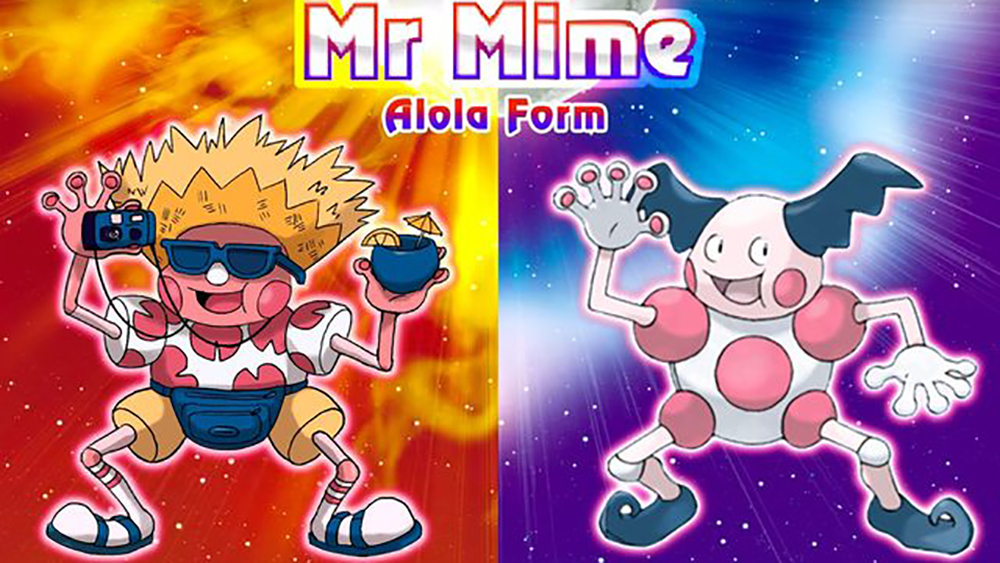 Time to turn off the internet and not read this post.

As you’ve probably realized by now, the Pokémon Sun and Moon demo is available worldwide and has been torn apart by hackers revealing tons of new information about the upcoming game including what is assumed be all the new creatures.

If you don’t want major spoilers for the game avoid the internet till it releases a month from today, and whatever you do, don’t look at the rest of this post. You’ve been warned.

The above video shows sprites of what is assumed to be all of the new Pokémon, surprisingly many of which have already been revealed across the seemingly endless trailers for the game. Most of the new unrevealed monsters just don’t have the charm of the original 151 but fret not because Alolan Dugtrio has three heads full of hair and Alolan Persian is basically white Garfield.

There are apparently 81 new Pokémon in total with 18 Alolan forms as well as Ash-Greninja (available from the demo) and Ash-Pikachu that wears Ash Ketchum’s hat. This brings the total number of collectible critters to 802. Wew lad.

The final evolutions of the three new starters confirms what we all already knew: Litten is the best as it ends up having hunky muscles and Pupplio is a trashy mermaid dog that looks like the bitch (read: female dog) from All Dog’s Go To Heaven. Shiney Popplio even manages to be underwhelming in comparison to the shiny versions of the other creatures. Meanwhile, Rowlet is still the choice of those looking to be hip and different.

Take a peek at the video above to see all the shiny variations if you so dare. I’m sad to report that Alolan Persian is not orange, which is a real missed opportunity.

Most importantly, there isn’t an Alolan version of Mr. Mime wearing a grass skirt and playing a Uke. Come on Game Freak, you gave us an ice cream cone, a keychain, and a haunted lawn mower but not a Weekend at Bernie’s 2 Mr. Mime? For shame.

For those wanting spoilers on the more nitty-gritty details such as new moves, statistics, and so on check out the source below and try not to be a dick to those that don’t want spoilers, yeah?