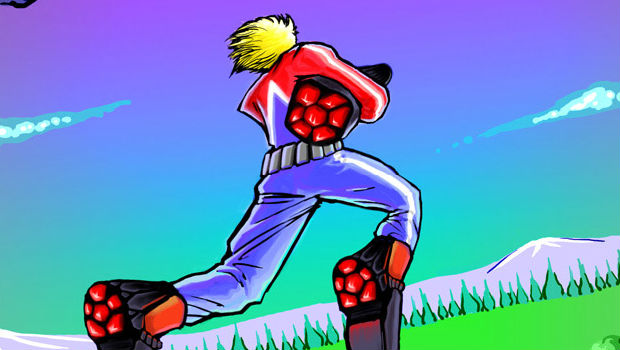 Welcome to the fantasy zone

At one point, Space Harrier, the Sega classic created by Yu Suzuki, had a nebulous release date — now we know for sure that it’s gracing the Japanese eShop next week. The 3DS version will of course feature 3D visuals, in addition to a save state option, extra display preferences, and a new mode.

All of these features would basically put it at a level way above what Nintendo has already done with their 3D Classics line. There’s no word yet on an American release, but it’s a distinct possibility given Sega’s history of re-selling classics on pretty much every platform imaginable.

My fondest Space Harrier memory is finding it randomly in the Shenmue arcade. Hopefully we can get this set for a worldwide release, and all relive our memories of this classic.

Into the fantasy zone, everyone!