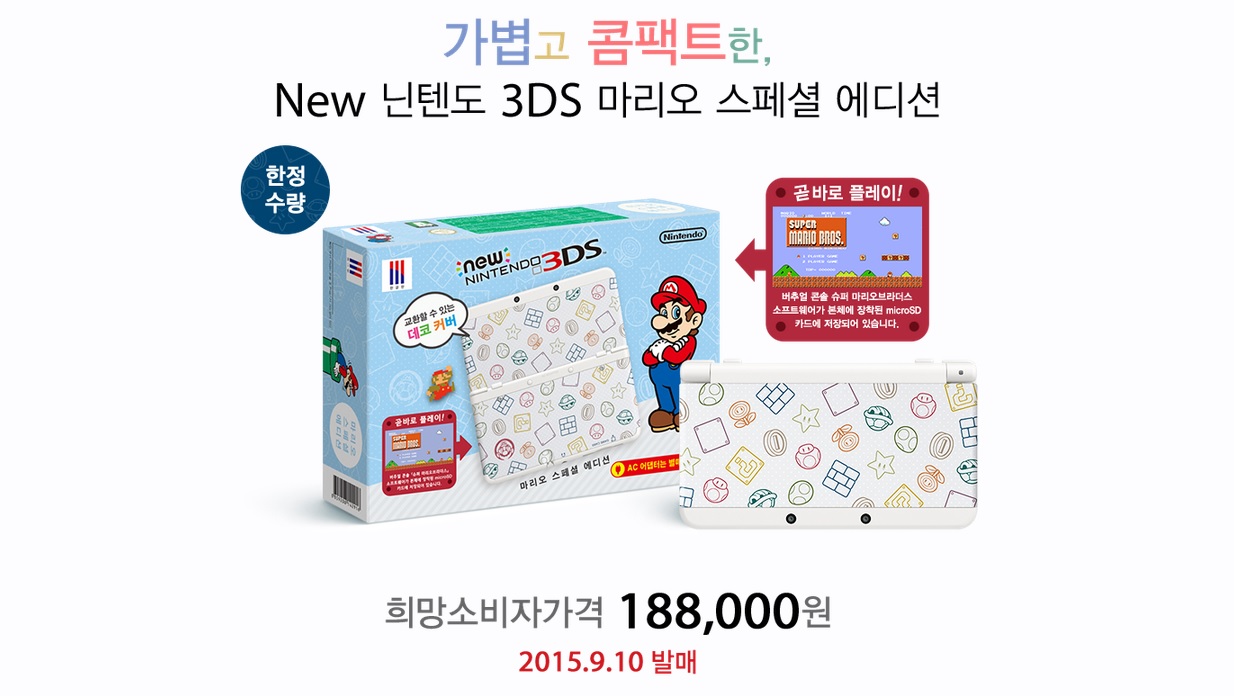 Remember back when the New 3DS released, and North America only got the XL version?

Well, it seems we weren’t alone. Following the system’s North American and European launches in February, the upgraded portable came to South Korea on May 1, though only in the larger model.

But that’s about to change. The smaller version and a myriad of awesome faceplates will be coming to South Korea starting September 10, which is pretty great news for folks in Korea. Choice is good.

Unfortunately, people in North America still have no choice in the matter, because reasons, so this news is sure to open up old wounds and make boys and girls from Vancouver to Miami very jealous of our friends in Europe, Japan, Australia, New Zealand, and South Korea. As if we weren’t already.