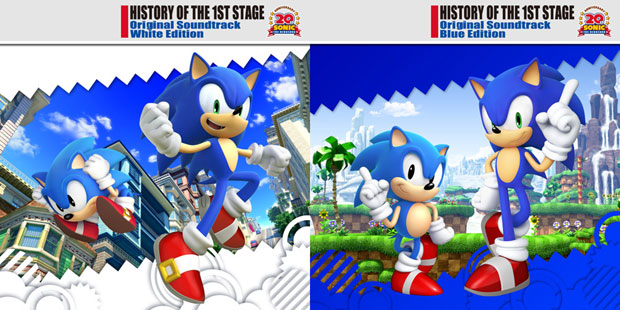 [Update: I thought those CD prices were a little exorbitant! They are pre-order bonuses for the game, so the CD will come bundled with the software. That makes sense!]

When it comes to guilty pleasures, jamming out to some of the recent Sonic soundtracks ranks way, way, waaaaaay up there. Yeah, I’ve got a few Crush 40 tracks on my Zen, big whoop, wanna fight about it?

Currently, Amazon Japan is listing the White bundle for 6230 yen (about $80) and Blue bundle for 4445 yen (about $57). If those prices don’t scare you, though, I bet the shipping will. Those bundles include the game and the CD.