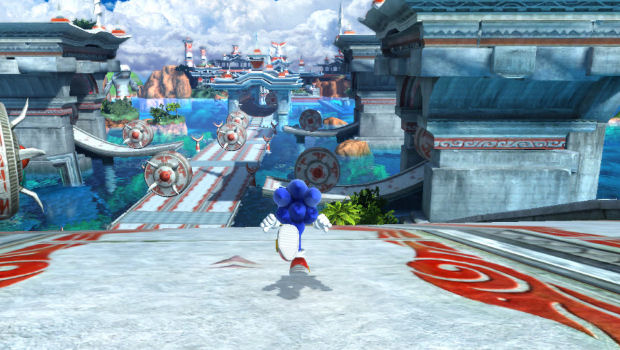 Sonic Heroes is a game that I shuriken’d against a wall the very first day I bought it. I threw it so hard that it broke into two pieces and I am yet to feel a shred of regret. I mean, it only cost six quid, but even so, my complete dispassion is something I stick by.

That said, it’s only fair that the game gets represented in Sonic Generations, and at least Sonic Team’s using the least grievous level, Seaside Hill. These new screens show off what you’ll be playing when you step into the running shoes of both classic and modern Sonic.

Looks pretty, as all Sonic levels typically do. Waiting to see if the game will be a revelation or another sad disappointment, however, is excruciating. Can’t wait to get it over with!