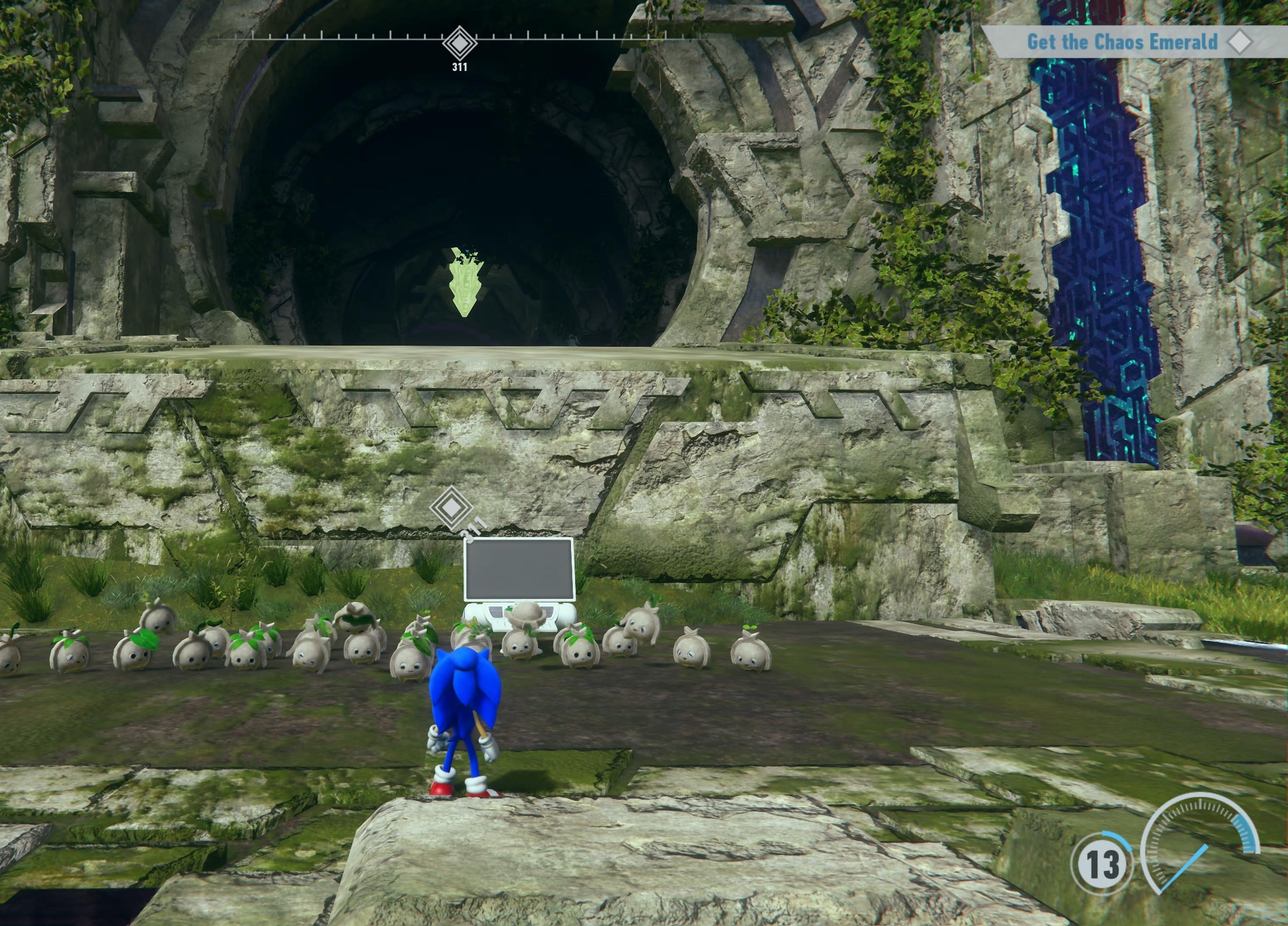 Surprisingly, there’s more to Sonic Frontiers than meets the eye when it comes to its ending. There’s actually a “true final boss/ending” you can discover, and the process is pretty easy!

In short, it requires players to beat the regular final boss on hard mode: which can easily be done right before the fight itself.

Save right at this exact spot, and set the difficulty manually to “hard”

See that spot in the image right above? That’s the “cave” before the final boss fight on the fifth and final island of the game.

All you need to do is head to the main menu (start) then select difficulty, then “hard.” Save right after that, and each time you return to your file you’ll automatically be ready right at the cave and with hard mode enabled. You do not need to clear the entire game on hard mode.

With that out of the way, it’s time to fight Supreme: the standard “final boss” of the game. Supreme operates a lot like prior bosses Giganto, Wyvern, and Knight, in that it has two phases.

In phase one, ignore the actual Supreme enemy, and dash forward into the first floating triangular turret you see. Mash your attack button and combo it, and it’ll go down fast. Supreme will attempt to smack you back, then blast you with a giant yellow laser. Parry this, then dash forward and unleash your best combos on Supreme (mashing attack then pressing jump is one of the easiest to do). If you’re quick, you can get Supreme down to phase two immediately. If not, just repeat the above.

In phase two, Supreme is very much the same: it’ll just be flying around with more projectiles. You’ll be using the same tactic of flying in, and attacking one of the little turrets. This time when Supreme smacks you away, you need to parry multiple yellow lasers to destroy its turrets. After parrying, dash in and unleash a combo. You may need to repeat this process twice for phase two.

If you ever are about to get hit by a yellow projectile and you can’t dodge it: parry it. It’ll deflect it away from Sonic.

If you beat Supreme on hard mode, you’ll be able to fight The End: the true final boss. This will automatically happen after Supreme is defeated: as Sage and Super Sonic will fly into space, and the shoot ’em up (shmup) hacking activity will morph from a minigame to a full-on final boss fight.

The same rules as the hacking minigame apply, but we’ll reiterate them here. Sonic has access to a ship, with a “dark and light” bullets, just like the classic shmup Ikaruga. Dark bullets will counter/blow up enemy dark bullets, and light bullets will counter/blow up enemy light bullets. For each bullet you counter, a meter will fill up; enabling a giant blast that you can trigger manually (R2/RT).

While blasting away at The End (which resembles a giant planet at the top of the screen), make sure to “match” its bullets. That way you’re not only still firing at it, but you’re boosting up your special shot at the same time. If The End looks like its gathering pink energy around its base, move away from the center of the screen. You can see the exact positioning in the screenshot above.

When things get really hectic, you may want to alternate your fire to clear out as many projectiles as possible. Get in the habit of “rocking” the L1/R1 light and dark shots back and forth quickly, so you can clear out alternating waves of colors.

Keep firing away at The End and you’ll have it down in no time. Near the end of its health bar (roughly 10%), a scripted sequence will play out, accompanied by a QTE (press square/X on Xbox when the meter is in the blue portion).