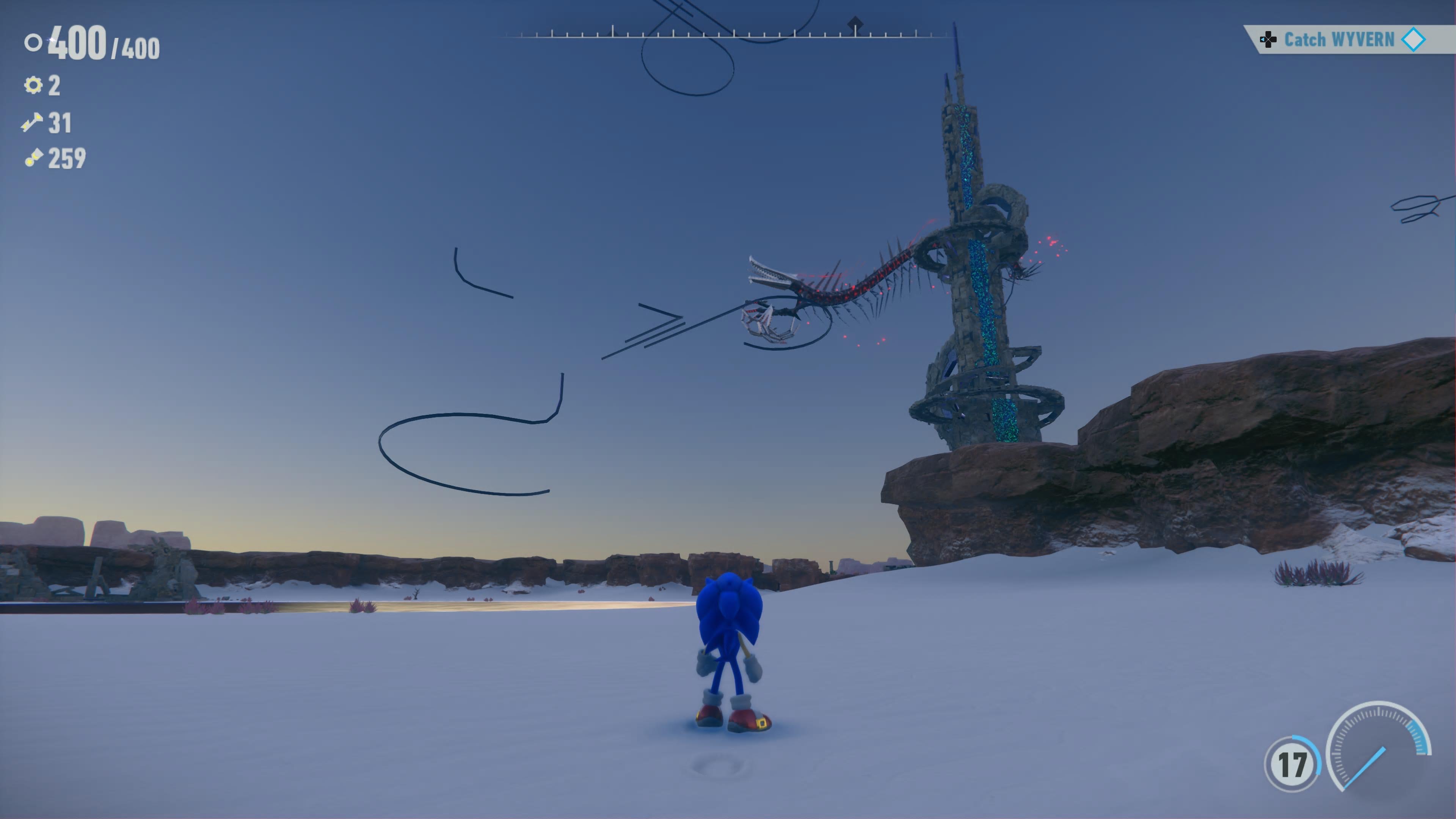 We already took you through a guided tour of how to beat Giganto in the first Sonic Frontiers island: so now it’s time for the next big bad in line.

Wyvern, just like the other core bosses in the game, requires a bit of platforming before the fight can really begin.

Getting the Chaos Emerald to turn into Super Sonic

While it’s not a puzzle per se, Sonic Frontiers plops you into a little sandbox arena and asks you to manually kick off the battle. Wyvern will be flying aimlessly above in the sky, and to engage them, you need to climb up a tower and get the final Chaos Emerald to power up into Super Sonic.

Head toward the big tower on the right as soon as you come in, and look for the start of the climb in the image above. Follow the ramps and rings and you’ll make it to the top, where a cutscene will play, and the Wyvern aerial chase will begin. You’ll ride on a digital road as you approach the boss: just dodge the fireballs with L1/R1 (LB/RB) and you’ll become Super Sonic at the end of the road. Now you’re floating around and are on equal footing with Wyvern.

For this phase, simply parry the first missile you see heading toward you. Sonic will pick it up and toss it back at Wyvern, opening them up for a combo. Dash in and attack (usually mashing square with a combo weaved in [holding square, or X] will do).  If Wyvern raises its hand to smack you, parry that too. Rinse and repeat.

You’ll be on to phase two in no time. In phase two, the Wyvern will ready all sorts of lasers just like Giganto, but not much will change. You just need to casually dodge the circular beams while approaching the boss, and missiles can be parried and sent back as usual.

After doing a bit of damage in phase two, Wyvern will queue up a ton of missiles, and a circle QTE will commence. Make sure you practice this mechanic with fishing for a lower key, less tense situation! From there you’ll need to do another red/white circle QTE, then mash Square/X on Xbox to open up Wyvern’s mouth. And that’s it!