Just last week, Sega announced that the two upcoming Nintendo-exclusive Sonic games were given subtitles. The Wii U title is now Sonic Boom: Rise of Lyric, and the 3DS version is Sonic Boom: Shattered Crystal. Despite sharing the Boom moniker, these two games are headed in opposite directions.

While I’m not sure that Lyric shows a ton of promise, Shattered Crystal certainly does. The handheld platformer draws from some of the most beloved Sonic games of all-time, while injecting inspiration from the best parts of Lyric to keep gameplay varied.

By and large, Shattered Crystal looks to be a 2D-platformer that’s paced similarly to the original Sonic The Hedgehog. That is to say, it doesn’t play as fast as the series would eventually ramp it up to. But, what it lacks in speed, it makes up for in other areas. 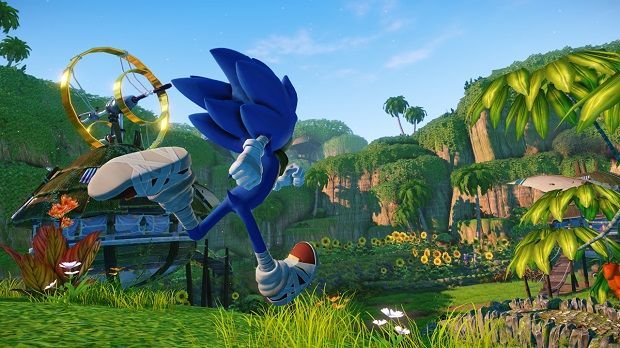 Like Lyric, Shattered Crystal frequently halts the platforming challenge to put an emphasis on puzzles. Usually, these are solved via one of the characters’ unique abilities. Playing as Sonic, but need to hit a far away button? Switch to Sticks with one tap of the screen to throw a boomerang at it. It’s tough to say how difficult these sections will get as the game progresses, but they were pretty basic in the demo we were shown.

However, it seems as if often times these puzzle bits won’t necessarily bar off the main path through stages, but serve as a gateway to optional areas. The levels in the demo were absolutely huge, enough so that one of the 3DS screens is dedicated to providing a map. It definitely prompts exploration to earn extra rewards — another takeaway from Lyric. 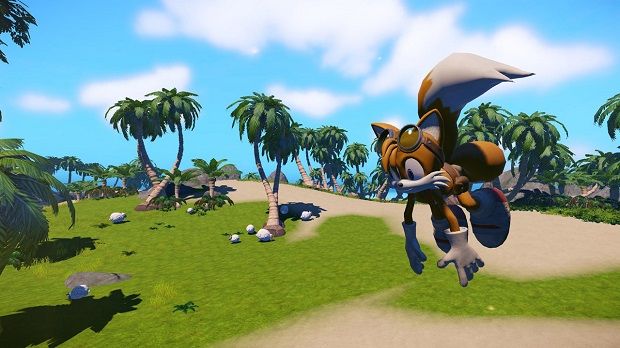 One such example is a playable mini-stage that required the use of Tails. Outfitted in a submarine, there was an underwater maze complete with harmful obstacles that needed to be navigated to find a hidden object. All that needed to be done before Tails ran out of oxygen. It had an air of difficulty about it that assured Shattered Crystal wouldn’t just be a walk in the park.

As if all that adventuring goodness weren’t enough, Shattered Crystal even has a Metroidvania aspect to it. At first, it looks as if Sonic will be soloing the areas until the game’s other characters — Knuckles, Tails, and Sticks — are unlocked. Once they’re available, earlier levels will necessitate a replay in order to access previously unreachable parts by way of using their unique skills.

Walking away from some hands-on time with Sonic Boom: Shattered Crystal, it’s easy to have an optimistic outlook for this take on the fabled hedgehog. A title that manages to be true to the series’ roots while simultaneously innovating in a positive way is something 3DS owners can get excited about. It may not be an exact return to Sonic‘s glory days, but there’s no reason it can’t be just as fulfilling.