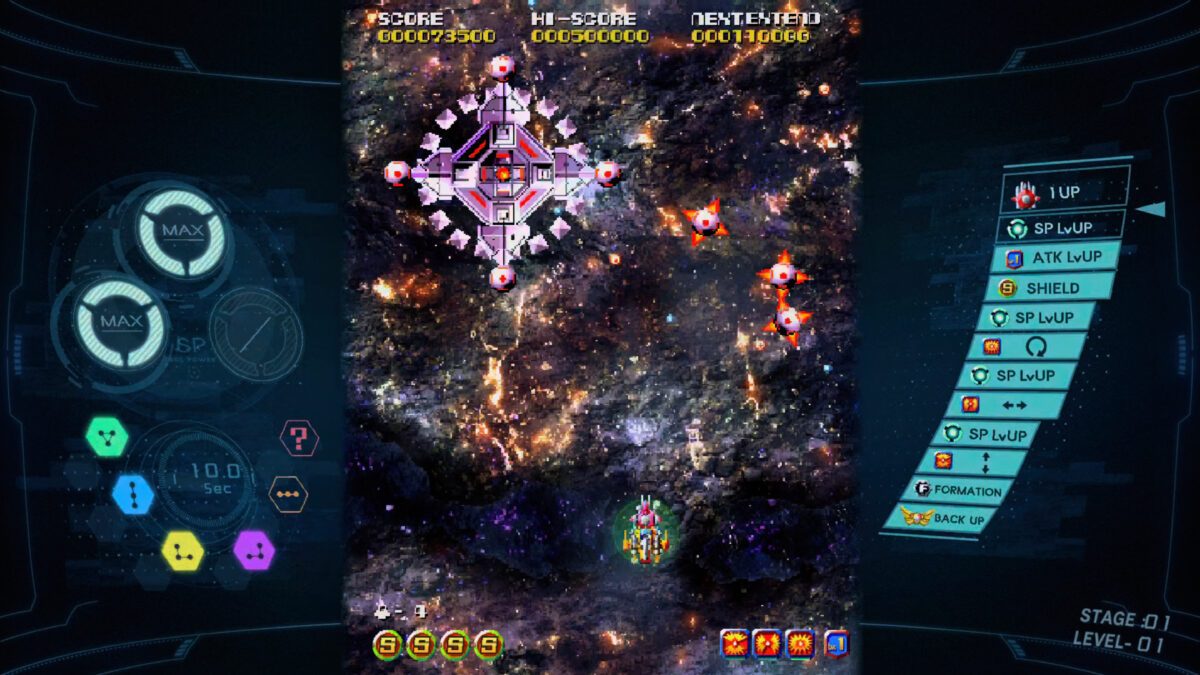 It might have started off as a goofy April Fool’s Day prank, but that’s long behind us. PlatinumGames’ interstellar shmup Sol Cresta is almost ready for lift-off, and will take flight against battalions of enemies on PC and consoles December 9.

A sequel to 1980’s coin-op Moon Cresta and its 1985 follow-up, Terra Cresta, Sol Cresta will feature the rapid-fire action and cool docking and ship adaptation mechanics of those releases, brought screaming up to date thanks to PlatinumGames’ eye for fantastic game design and deep, engaging action. Pilot the famous “Yamato” vessel as it fights a hopelessly one-sided war against wave after wave of deep space terrors. Pew. Pew.

In addition to the release date, PlatinumGames also announced that a DLC expansion is already in development for Sol Cresta, featuring a fully voiced story scenario penned by the legendary Hideki Kamiya of Resident Evil and Devil May Cry fame. Further details regarding the DLC will be released at a later date. In the meantime, you can check out a chunky seven-minute gameplay video below, courtesy of Gematsu.

Sol Cresta launches on PS4, PC, and Nintendo Switch December 9, priced at around $40.