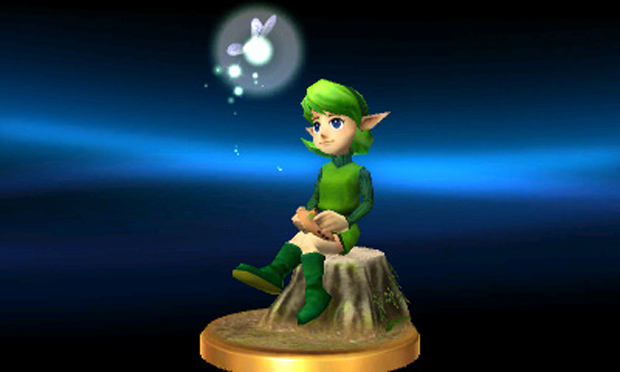 Here’s the Saria trophy from the 3DS version

In an update posted on Miiverse, Super Smash Bros. director Masahiro Sakurai talked a bit about trophies, noting that both versions “will boast different types and models. The 3DS trophies will be mainly from handhelds and the Wii U version will feature trophies from the home-console games.”

Although I do get into achievement hunting from time to time, there’s simply no comparison to the way games used to handle this stuff. And if there’s one series that knows how to do unlockables and bonus content well, it’s undoubtedly Super Smash Bros.

I hadn’t given much thought to whether or not I’d also buy Smash Bros. for 3DS. (The Wii U release is a given.) Even if it had the exact same content, just downscaled for handhelds, I’d probably still want that version. So yes, I’ll take both, please. Just waiting on the release date.