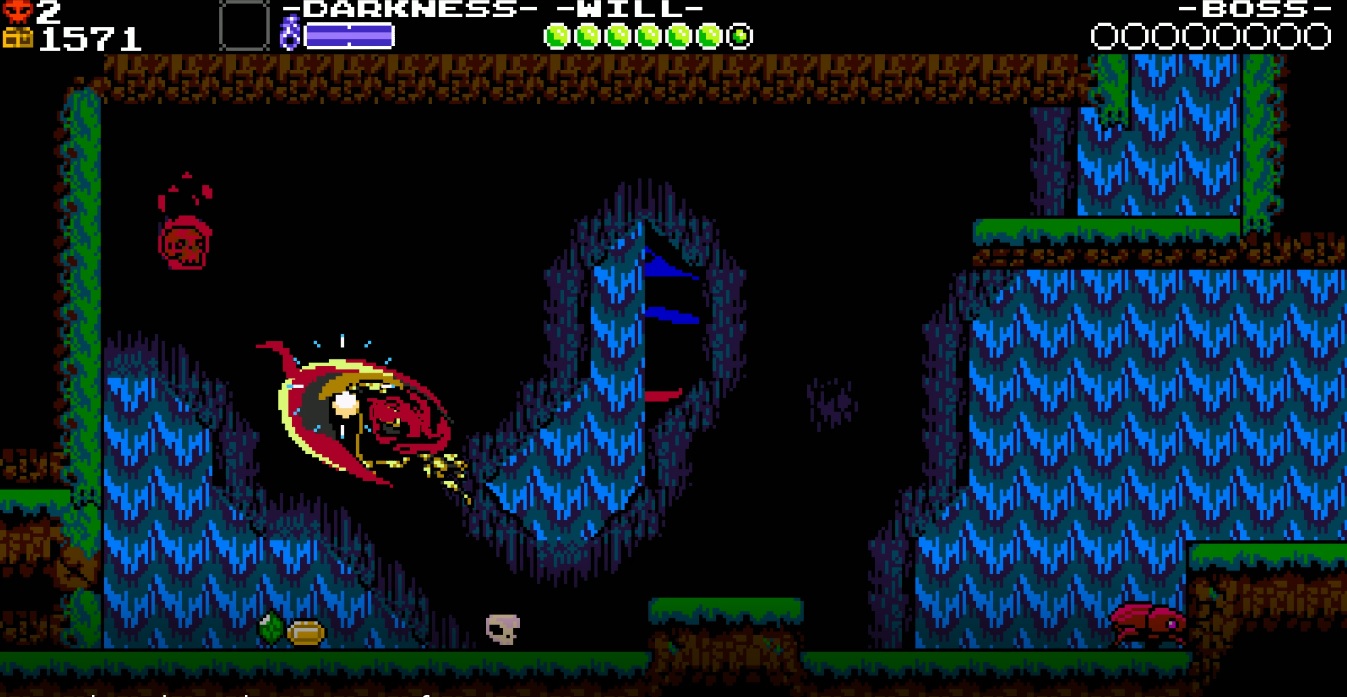 Yacht Club Games is gearing up for their second free expansion for the original Shovel Knight — a game that I felt was wholly complete on its own, but is somehow the gift that keeps on giving. Plague Knight was really good, mainly because the developers found a way to make every level feel fresh again with some slight tweaks and a new character that felt fresh.

And they’re basically doing the same thing with Specter Knight in Specter of Torment. 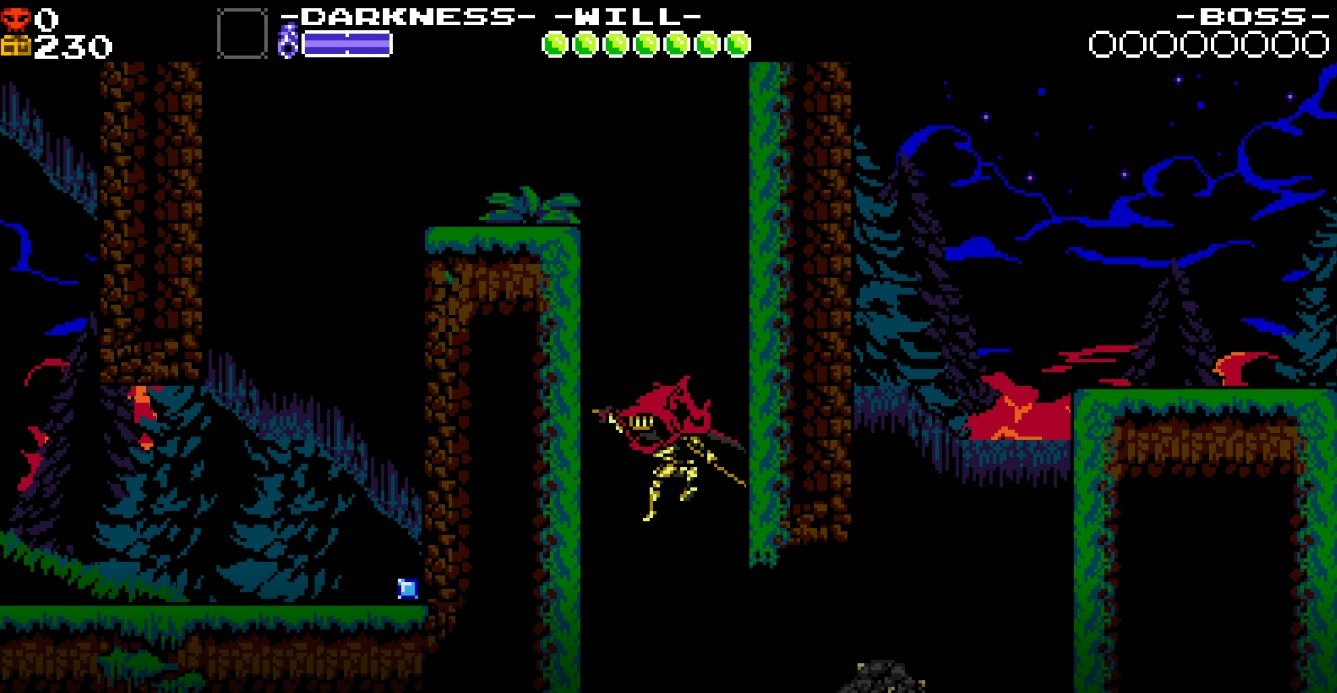 Billed as a prequel, Torment puts you in control of Specter Knight, as he roams the land in the service of The Enchantress (the big bad of the Shovel-verse), recruiting the boss characters that you eventually confront in the core timeline. Although I haven’t been blown away by this two episode demo in terms of exposition, it has a lot of potential, and most importantly, it differentiates itself from its two predecessors.

For one, you won’t find a world map here. Instead it’s a level select screen, hosted by a brand new character — the Dark Acolyte. Given that they’ve already done the whole giant world map thing twice it feels more like a natural evolution of the formula than a cop out, and I can’t imagine the team wouldn’t pack in more secrets to find regardless. I don’t see things working out for the ‘lil Acolyte either, since he doesn’t show up in other chapters.

Diving into my first stage, and thus first foray with Specter, the mechanical changes are also obvious. He can run up walls and leap off of them Batman NES style, but only certain walls to prevent it from breaking stuff. If you look at the screen above (or just watch the video) you’ll see what I mean — smooth, foliage-filled walls are off limits, but rough dirt terrain is fair game. But Specter’s big focus is his leaping aerial strikes, which are triggered by an upward or downward position on a target — which can either be an enemy or an environmental object like a lamppost.

Specter might feel a tad finicky at first. You have to sort of “latch” onto a wall before you can run up it (briefly), and leap off. It’s something you’ll have to get used to, as you can move a little to quickly for your own good and merely bonk into the wall. His aerial movement system also leaves plenty of room for errors, as the game automatically locks-on to a target depending on your height. In other words within fractions of a second you could go from leaping upward to a power-up to slashing downward into a pit. 3:30 in the video above is a great example of where it can go terribly wrong.

As fussy as it seems, I actually dig it — especially how streamlined it is, as there’s no menus or lengthy tutorials to sit through, you just do it. Once you get all the cues and understand how to tackle each jumping puzzle, everything fits into place. Plus, it’s nice to just sit there for a second and ponder how you’re going to solve something all over again for the first time, because Shovel Knight‘s level design is just so satisfying. Giving him magic is also a nice touch, and in the build I played, he had access to a claw attack and a healing potion (skull). In the other level in the demo, Specter can use his scythe as a skateboard of sorts to grind conveyor belt rails — gnarly.

I didn’t think it was possible to get excited for a game’s launch three times, but here I am. And as a note, depending on whether or not you already own it or are waiting for the Switch port, you’ll experience it a little differently. If you buy the game before the Treasure Trove edition launches you’ll get everything, including all four expansions (two present, two future), the gender swap mode, and the battle mode for free. There’s no set date for Trove yet, but it’ll be after the Switch is out in March.