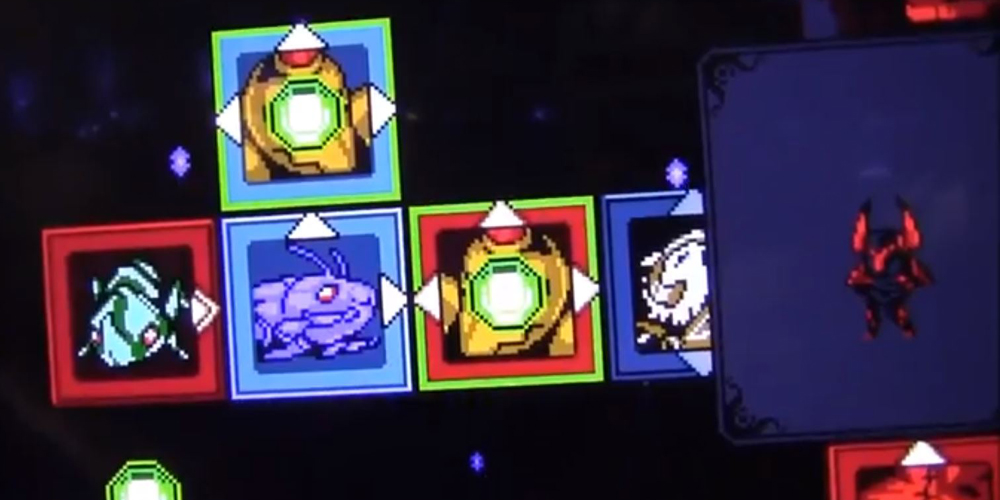 This could have just been a new full-priced game

Up until today, the last time I spoke to anyone at Yacht Club Games face to face was in April 2017. They were just finalizing their plans for King Knight’s campaign, the last of the game’s single-player updates. There was still a lot up in the air for them at that time, but one thing was for sure, they were not going to take a year to release this one.

Here we are about a year later and the game isn’t out yet. So what’s taking so long? An absurd amount of new content, that’s what. Not only are the traditional 2D action-platformer parts of the game filled with new environments, enemies, and opportunities for King Knight to show off his new powers, but the all-new competitive card game portions of the campaign are enormous.

I got to play an un-timed version of the PAX East demo this morning at around 10:00am. By 11:00am, I had finally beaten Black Knight, the demo’s boss. Over the course of that hour, I didn’t get bored once. This “side-game” is deep and compelling, to the point where I’m worried that Yacht Club may be shooting themselves in the foot by making it entirely optional. You could sell this card stuff as a standalone game for up to $10 and I’d buy it on day one. Knowing that everyone who bought the original game in its first year of release will get this new content for free is, in a word, bananas.

I met with Yacht Club last year for an interview for A Profound Waste of Time magazine. In that interview, I theorized about how each of the different Shovel Knight campaigns is a reflection of what the studio was going through mentally and emotionally at the time. That left me to wonder how the yet unnamed King Knight campaign would represent the studio. After all, they are extremely nice, humble people. On the other hand, King Knight is a total jerk. What could the two possibly have in common?

So far, my guess is that the one thing King Knight and his creators share is a keen, strategic mind. After iterating on the base Shovel Knight campaign not once, not twice, but three times now, Yacht Club has learned a lot, to the point where they can think one, two, or even three steps ahead of their players. In turn, King Knight: King of Cards requires the player to be thinking at least one step ahead of the opposition at all times as well.

The King’s signature move, a Wario-like shoulder-charge, is powerful enough, but it’s not all that special on its own. The thing about it that allows the move to be just as interesting, if not more so, than those of the knights that came before him, is the properties it has after the follow through is over. After colliding with someone using the rush-tackle, the King twirls like a dandy, allowing him to bounce on enemies’ heads in a style similar to his shovel-loving rival.

In short, the only way to get anywhere as King Knight is to twirl-stomp after a shoulder-charge, which takes some fast, on-the-fly planning. To help you get into the headspace necessary to pull off these combination moves with regularity, there are at least two new enemies that were designed specifically for that purpose. The first, a tower of one-eyed tree owls, can be taken out with just the tackle, but that takes a lot longer and is a lot less fun than pulling off a tackle-and-twirl combination. The trick is to first slam into the owl in the tower whose eye is open, then twirl-stomp the rest. It’s a really satisfying feeling when you get it down.

Also new is a lavender lizard who blocks your path until you shoulder slam into it. After you do, it may move a few in-game feet, or it may start traveling across the entire screen, giving you the option to travel on top of them. This is the only way to get to the end of the Troupple King’s stage, where in the final game, you may or may not battle with the Trout-apple emperor himself. King of Cards is canonically the first game in the Shovel Knight timeline, pre-dating even Specter of Torment, putting all kings new and old in King Knight’s cross-hairs on his mission to take them all out on his road to be the Kingly-est King of them all.

That competitive streak, combined with a need for forethought and strategy, caries over to the game’s optional card battles in a big way. It also feels really physical, with the goal being to bump your opponents cards off the playing field in a dash to claim more gems than them before all the spots on the board are filled. Each card has one to four arrows on it. These arrows show where your card can be used to push other cards on the board, and also how they can stop other cards from being pushed. Some cards also have double arrow properties, which means they can win in a “push war” against other cards whose arrows are pointed directly against them. It’s hard to explain in words, but in action, it all makes total sense.

There are over 120 different cards to choose from, so just building the best deck possible is a fun and engaging diversion that you easily get sucked into. Beating an opponent gives you the opportunity to steal one of their cards, which is the only way to obtain many of the more powerful, one-of-a-kind collectibles. There’s also a shop that allows you to buy new cards, blind-box style, or even cheat the game in true King Knight fashion.

While that may not sound fair, it’s nothing compared to what your opponents may have up their sleeves. Bosses in the card game have special attacks, reminiscent of the CO powers from Advance Wars. The Black Knight can destroy a row of cards with his attack, removing them from the board and returning them to the deck. This move affects his cards as well, which can be used to your advantage if you plan ahead. Win against him and you’ll be able to score a Black Knight card that’s one of the best in the game.

It’s easy to get lost in this side game, to the point where I can see myself playing it for tens, maybe hundreds of hours. If they manage to add a two-player versus component to it, those hundreds of hours could expand to the thousands. If you have a collector’s itch, a taste for gambling, or an eye for strategy board games, you’re going to find a lot to love here. It already appears that in terms of sheer content, King of Cards may be the largest Shovel Knight campaign yet, so if you thought the game’s best days had come and gone, it’s time to think again.