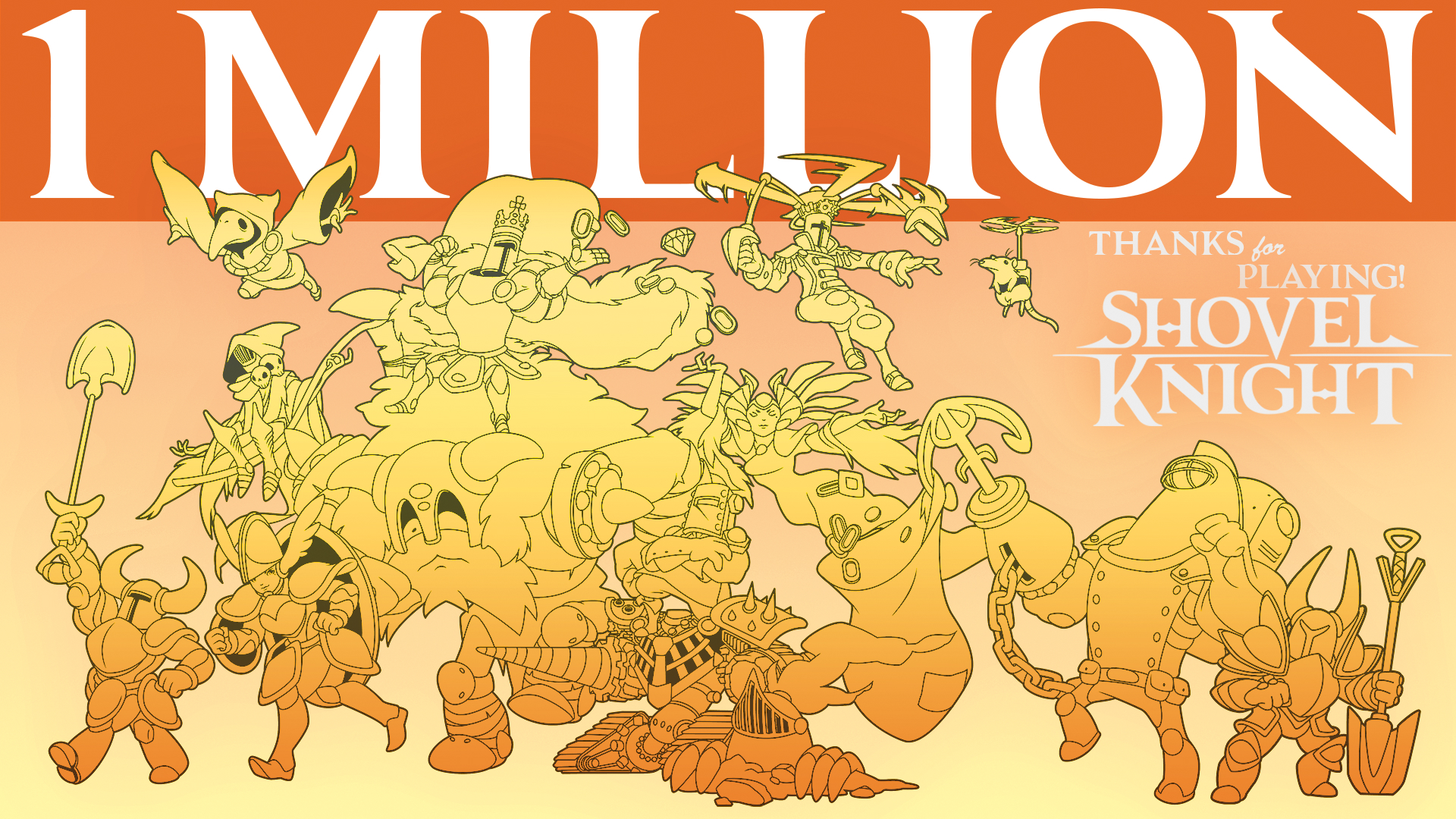 Yacht Club Games just posted a massive info blowout for Shovel Knight, and if you remotely like the game it’s worth a read. For instance, did you know that they spent one million dollars on the free Plague of Shadows update? They note that it’s insanely challenging to actually explain the value of that DLC, especially since it doesn’t even show up on some platforms. Next add-on they want a better clear rate of 6%.

In other news the game sold over a million copies digitally (they hit one million physical and digital last December) — it did best on Steam, then 3DS, then Wii U, then PS4, as was previously communicated. They’ve also sold through the initial 180,000 amiibo units so far, and 30,000 units have been ordered. GameStop sold the most amiibo for them, then Best Buy, then Amazon.

For other crazy stats like the fact that they’ve gotten 30,000 emails since the start of the project (that have all been answered, according to Yacht Club) and so on, the whole shebang is easily worth a read.