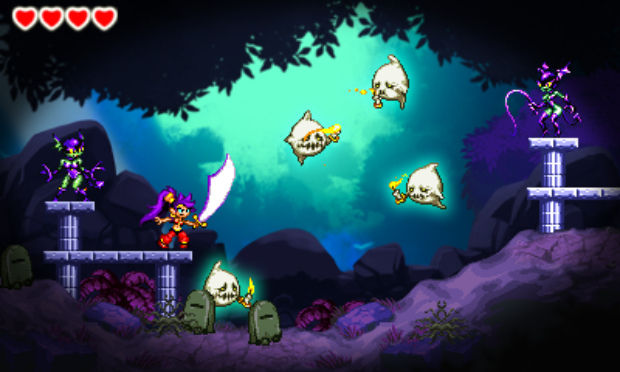 From the forgotten PAX pile

Everyone’s talking about the new HD Shantae title currently on Kickstarter, but what about the upcoming 3DS release Shantae and the Pirate’s Curse? Is that any good? Jim Sterling, Tony Ponce and I checked it out at PAX, and came away impressed.

Like many of these left over PAX videos, the sound is only in one channel and I say some stuff that is dumb (I mixed up my Bozons like a first class Bozo), but if you’re interested in how game flow, graphics, enemies, and feel of the new Shantae game, it’s still worth checking out. There is also some Jim Sterling laughter at the end, and that’s always worth the (free) price of admission.