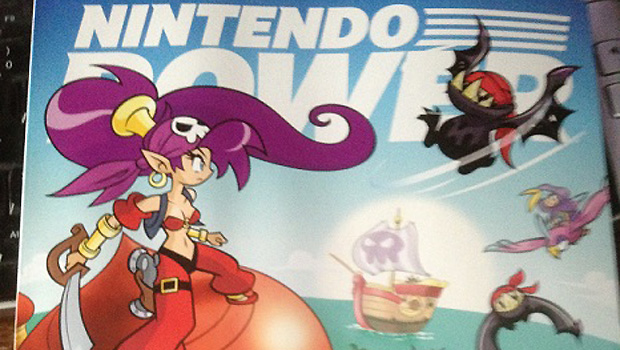 SHAKE IT, BABY, SHAKE IT

Suck it down! That’s what I’m talkin’ ’bout! Hell yeah!

The cover of November’s Nintendo Power features our half-genie starlet in full pirate garb, teaming up with her archnemesis Risky Boots for as of yet unknown reasons. At the end of Risky’s Revenge, Shantae lost her magic, so it’ll be exciting to see how she handles her new threats in this upcoming eShop sequel.

More details are bound to appear soon. In the meantime, GET EXCITE.