If you ever wanted to play The Ooze in 2022, this is your chance

I feel like the whole “mini console” craze was custom made just for me. As someone who was alive when these systems were ushering in a new era for video games and a collector: it’s just a perfect match.

Nintendo was on a roll there with the NES and SNES “Classics,” but after the PlayStation effort, things kind of quieted down. Thankfully, Sega has just given us their second Genesis/Mega Drive mini, and if this iteration is any indication, I wouldn’t mind of they kept going. 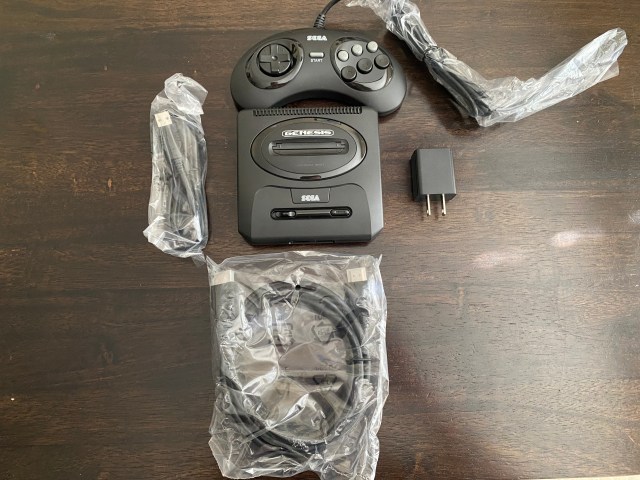 Here’s everything you get with the box:

Yes, it just comes with one controller, down from two in the original box. It’s a shame, though the controller does feel sturdy, and previous Genesis Mini owners will easily be able to acclimate when they hook either of them up.

Thankfully, the power adapter ensures that you can fully play the Genesis Mini 2 out of the box. I’ve seen a variety of opinions on whether or not these sorts of systems “need” to include the power adapter, and I’ll say the same thing that I say to Apple products that don’t have one: just include it!

Aesthetically, I dig that it differentiates itself from the original Genesis Mini, and can be told apart at a glance. The console itself, like many minis, is lightweight and convenient to store/lug around. I try and keep all of my minis in larger freezer bags, with all their cords and controllers stored together. 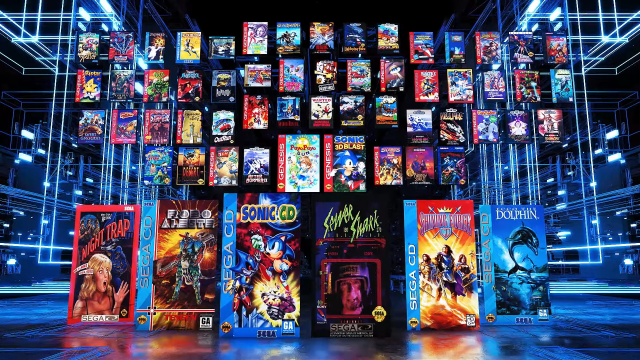 The Sega Genesis Mini 2 has a simplistic set of menus, but they are functional, especially the sorting options. You can sort games by title, release date, recently played, listing CDs first, or by the number of players (note: there are 20 multiplayer games on offer in the Mini 2, with support for up to two people).

The options menu is slim, but there are options nonetheless:

That’s pretty much all there is to it. When playing a game you can press the “mode” button on the top right of the controller, which will bring up the save/load and “return to title” menu. That button is extremely convenient and not in the way at all, and the menus are responsive. As a refresher, here’s the full list of games in the Sega Genesis Mini 2:

Some of the additions, frankly, are insane. Not once in my wildest dreams did I imagine Clayfighter would be relevant again nearly 30 years later. There’s just a bizarre smattering of games here, with absolute classics you may have seen in various compilations like Phantasy Star II, After Burner II, The Revenge of Shinobi, and OutRun: juxtaposed to things like The Ooze (in which you control a growing goop pile) and Bonanza Bros (a game where you control criminals with split-screen co-op support). The Genesis Mini 2 is also shmup heavy, adding in games like Hellfire and Granada on top of the recognizable names.

Although other Mini consoles generally have a “safer” selection of games, surfing through the Genesis Mini 2 was one of my favorite experiences of them all. There’s just some stuff here that even retro enthusiasts haven’t heard of, or played. Flipping through them and selecting wild cards felt like breathing rarified air. There’s so much history in this little thing, and even though all of it isn’t going to be worth playing from many points of view: I’m glad it’s preserved nonetheless.

Interestingly, a few marquee games have been tweaked, which is something I want to see more in Mini releases. Phantasy Star II has the option to speed up movement, and contains an easy mode exclusive to the Mini 2. OutRun has new music, and Rainbow Islands Extra has additional content via the titular “extra mode,” which wasn’t previously released outside of Japan.

Really, the easiest way to see if the Genesis Mini 2 is for you is to look at the game list and see if even 20 of them excite you in any way. To be frank, I’m surprised someone actively greenlit some of these games in the first place. But it’s that bold choice that will ensure that I’ll be keeping my Genesis Mini 2 hooked up throughout the holiday season.

If you want one, you can find them on Amazon for import officially from Sega: with about a $20 shipping fee added on if you’re getting it in the US.