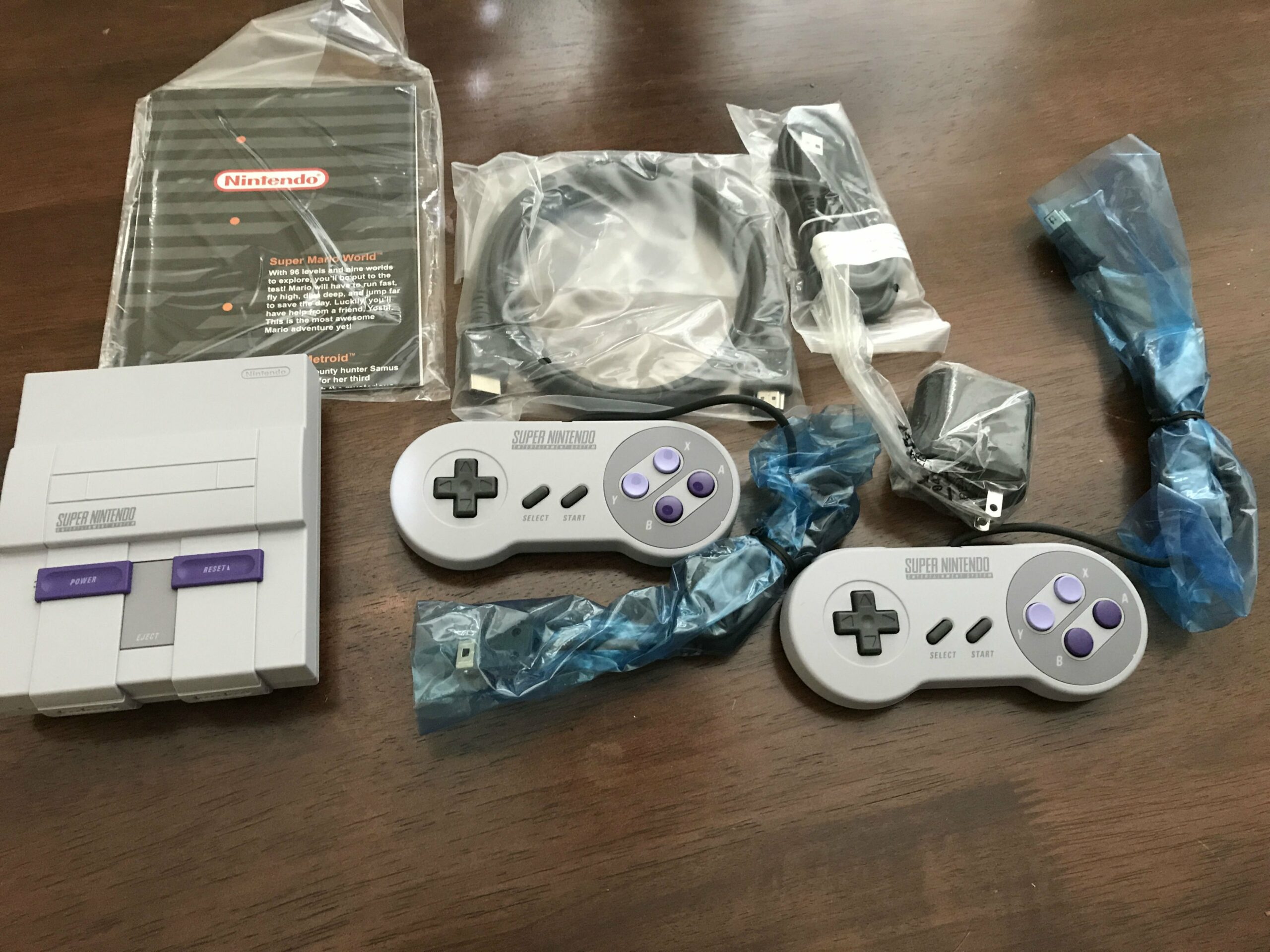 The SNES Mini was inevitable. After the NES model rocked the world, and subsequently sold out everywhere, Nintendo would be stupid to not follow it up. Rumors flowed from retail spaces like GameStop that a follow-up was coming, and lo and behold, it came.

Nintendo didn’t need to change much for the generational leap, but it did, slowly but surely tweaking the “Mini” firmware in little ways that overshadow its younger brother.

I just hope they make more than 10 this time. 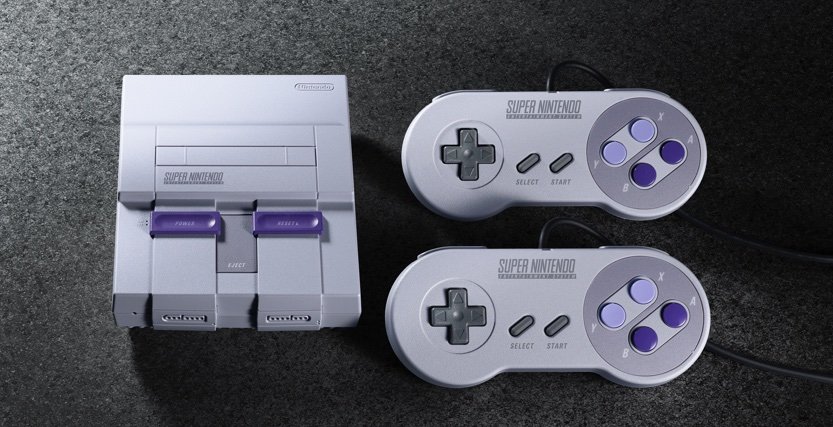 While little touches like a working eject button would be nice, I adore the small and functional design of the SNES Mini. When I saw that Nintendo was sending a three pound package I didn’t think it could possibly be this little bundle of hardware, but including all packing materials, that’s just how light this thing is. You could palm it easily, even if you have little baby hands.

Some of the weight is taken up by not one, but two controllers, a massive upgrade from the NES Classic. One of my biggest gripes against that system was that controllers were exceedingly rare, and only providing one when two-player titles were such a big push felt like a big joke. In case you were confused, the controller slots can be accessed by pulling out the bottom port piece, a facade that hides Wii controller style ports. Yes, you can use these SNES remotes (which are now five feet long) for Virtual Console shenanigans.

Once again the firmware is adorable, with a sleek, trimmed, and functional UI, and a cute theme song to boot. There’s three display options — CRT filter, 4:3, and Pixel Perfect — and several frames to use (one of which is a lack thereof).  Watch the video below for a quick demonstration of how everything looks and feels. Beyond that, the “My Game Play Demo” is one of the only true extra features, a new addition that will play screensavers based on your save states.

Oh, and save states are a bit different this time around with a new “rewind” function built-in. The emulation style save functionality was always nice when it came baked into the NES Mini, but now that you can rewind those states in real-time it’s even better. It’s surprisingly comprehensive, as you can use the state to pick a point in time you want to continue from and select it instantaneously, complete with an old school rewind animation. I like to use it to go back to specific points in a boss fight I might really enjoy, and folks who are new to some of these games will love being able to actually say, beat Super Ghouls ‘n Ghosts with it.

It needs to be said that the SNES Mini is $20 more than its predecessor, but given the sheer pedigree of its library, the cost increase is justified. This one has 21 games, fewer than the NES Mini, but the library is much more rounded, shirking many bite-sized arcade experiences for massive RPGs (FFIII, Mario RPG, Zelda: Link to the Past, Secret of Mana, Earthbound) and lengthier, meatier platformers (Super Mario World, Super Metroid, Donkey Kong Country, Mega Man X, Yoshi’s Island).

I mean, you have some all-time greats in here, no hyperbole — Mario RPG, Kirby Super Star, Donkey Kong Country, Mega Man X. Super Metroid. Final Fantasy VI (confusingly billed with the “old FFIII” moniker) — these are games I’ve beaten at least 20 times each and will continue to play and show my kids.

While most of the picks are safe, you do have a few obscure ones in there like Super Punch Out!! (an upgrade that was slept-on compared to its meme-heavy NES predecessor) and Kirby’s Dream Course. Perhaps the most obscure of all, and one that deserves a special mention, is Star Fox 2, a high profile cancellation which was never released before. You can find out more about that one in particular in my review.

Just like the NES rendition, how you choose to award value to a machine that’s basically an official emulator box is entirely up to you. I could easily just pop most of my hard copies into my original SNES and be perfectly fine playing on an old CRT. But the SNES Classic Edition is yet another way to introduce some GOATs to a new generation, and I’ll happily go along with it.

Bring on the Nintendo 64 Classic.