I was very lucky to have the friends and relatives I had growing up. Although my parents could only afford the occasional console, I had the opportunity to experience pretty much every device (including ill-fated ones like the Wonderswan and Virtual Boy), despite growing up in a mostly Nintendo household through the mid-’90s.

Any opportunity to play with a Sega Genesis was mesmerizing and magical: to the point where I even rented one at Blockbuster (with QuackShot!) to help with the withdrawals. But as time went on I didn’t have to worry about missing out, as Sega put their classics on pretty much every device known to man. The Sega Genesis Mini is yet another way to play them, but manages to rise to the level of the beloved Nintendo Classic Editions to cement its place in Mini history. 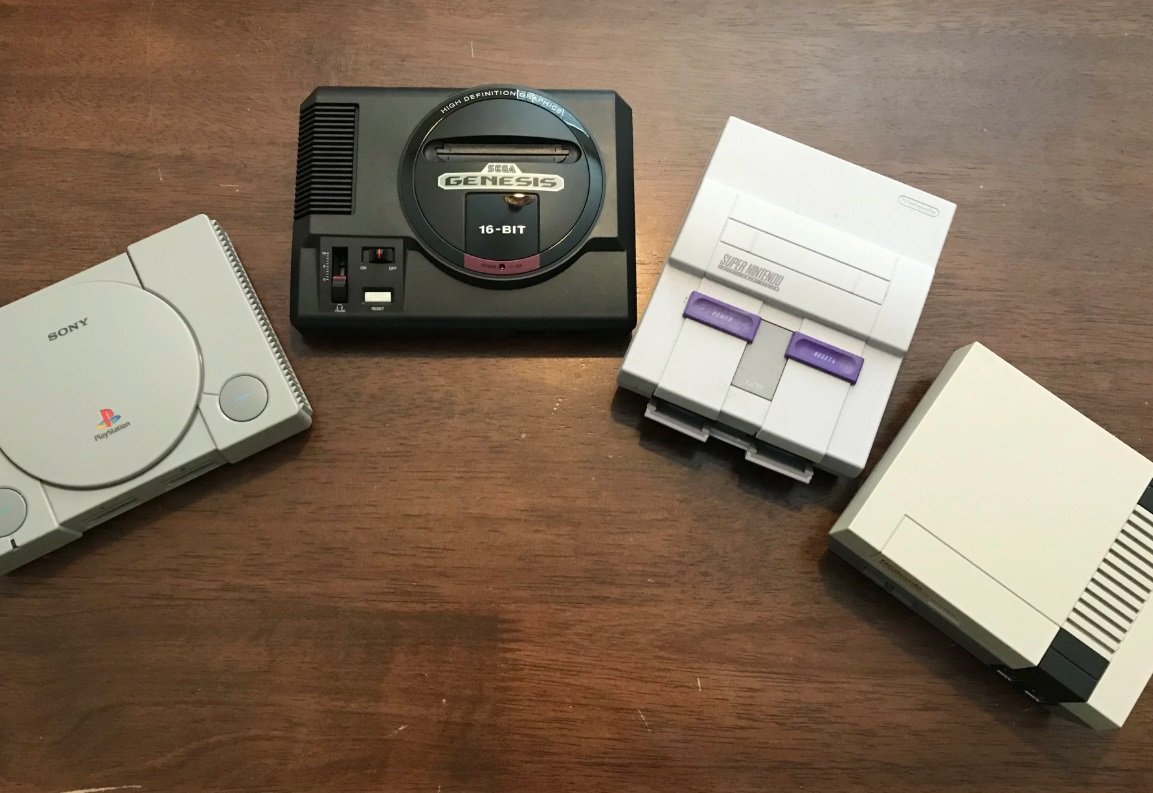 My experience with Genesis was one by proxy that I slowly acquired over time. A little bit of General Chaos at a sleepover weekend, one-sitting sessions for each Sonic game: that sort of thing. But even with a lifetime of playing Sega games, some frequently come along and surprise me. The Sega Genesis Mini isn’t just a way to relive the glory days, it has some legitimately good games packed into it.

For reference, the unit itself sports 256MB of RAM, 512MB of flash memory, and while Sega is manufacturing the console, the famed studio M2 is handling the ports. The Mini is 55% of the size of the original Genesis, with dimensions of 9.8 x 3.9 x 11.8 inches and 1.93 pounds: it’s extremely light and easy to carry around. The cute little volume slider doesn’t work, but the reset button does (it functionally does the same thing as holding down start for four seconds, bringing up a save/reset game/return to menu screen). Similarly, the cartridge door pops open and there’s a side connector door hidden underneath for aesthetic purposes.

Here’s what you get in the box:

Note that unlike a few other Minis (most notably the NES and PlayStation models) you get two controllers and a power adapter respectively. In other words the entire thing is playable out of the box, as it should be. So let’s talk about the controllers. The Sega Genesis remotes have been judged since the dawn of the console, and the A/B/C layout isn’t going to please everyone even today. I’ve come to terms with it given that games are actually designed with this system in mind, and the titles on offer here don’t feel like they necessarily need more buttons, even the RPGs.

It took a bit to get used to the placement again (when I bust out an old Sega console, it’s usually my Saturn or Dreamcast), but I managed to do it, and I think you can too. Sadly if you want the six-button controller variants you’ll have to buy them separately, or purchase the console in Japan, where they’re included. I wish Sega did this worldwide (same thing for the gaudy but glorious non-functional “Tower of Power” kit), but again, the classic controllers are fine.

The Genesis Mini menus are about what you’d expect from a Mini console: basic settings include four save slots per game (with locks so you don’t delete them), six language settings (Japanese, English, French, Italian, German, Spanish, Traditional Chinese, Korean), two aspect ratios (4:3/16:9) with a CRT filter, and two very basic wallpapers (the third option is a black screen). The worst part is easily the “instructional manual” section, which just directs folks to a QR code for online manuals (lame), though special menu music from Yuzo Koshiro of Streets of Rage II fame is a nice little touch I wish more retro projects had.

M2 ported 42 games to this console (here’s a full list), and while I would have liked to see a few more gems, I think they mostly nailed it with the selection (for reference, the NES Mini had 30 games and the SNES model had 21). Breaking them down, 24 are single player only, which is a decent spread of multiplayer with 18 games that are 1-2 players (Sonic Spinball is actually 1-4). Naturally the staples are present: Alex Kidd, Sonic 1-2, Ecco. You’ve seen many of them before (even recently in the case of Castlevania Bloodlines with the Castlevania Collection) in various digital and physical re-releases that even span the Amazon Fire TV, or played them on other platforms, like Earthworm Jim.

But then there’s some absolute gems like Mega Man: The Wily Wars, which is kind of a big deal for collectors, and not to mention a great platformer that itself is a very rare remake of the first three Mega Man games. You also get Landstalker and Light Crusader from Treasure, the latter of which is on Steam for 99 cents. Then another gem pops up when you’re scrolling like Monster World IV (from the creators of Wonder Boy in Monster World, also a part of the Genesis Mini selection) that hasn’t been widely released yet. Or more obscure games like Alisia Dragoon. 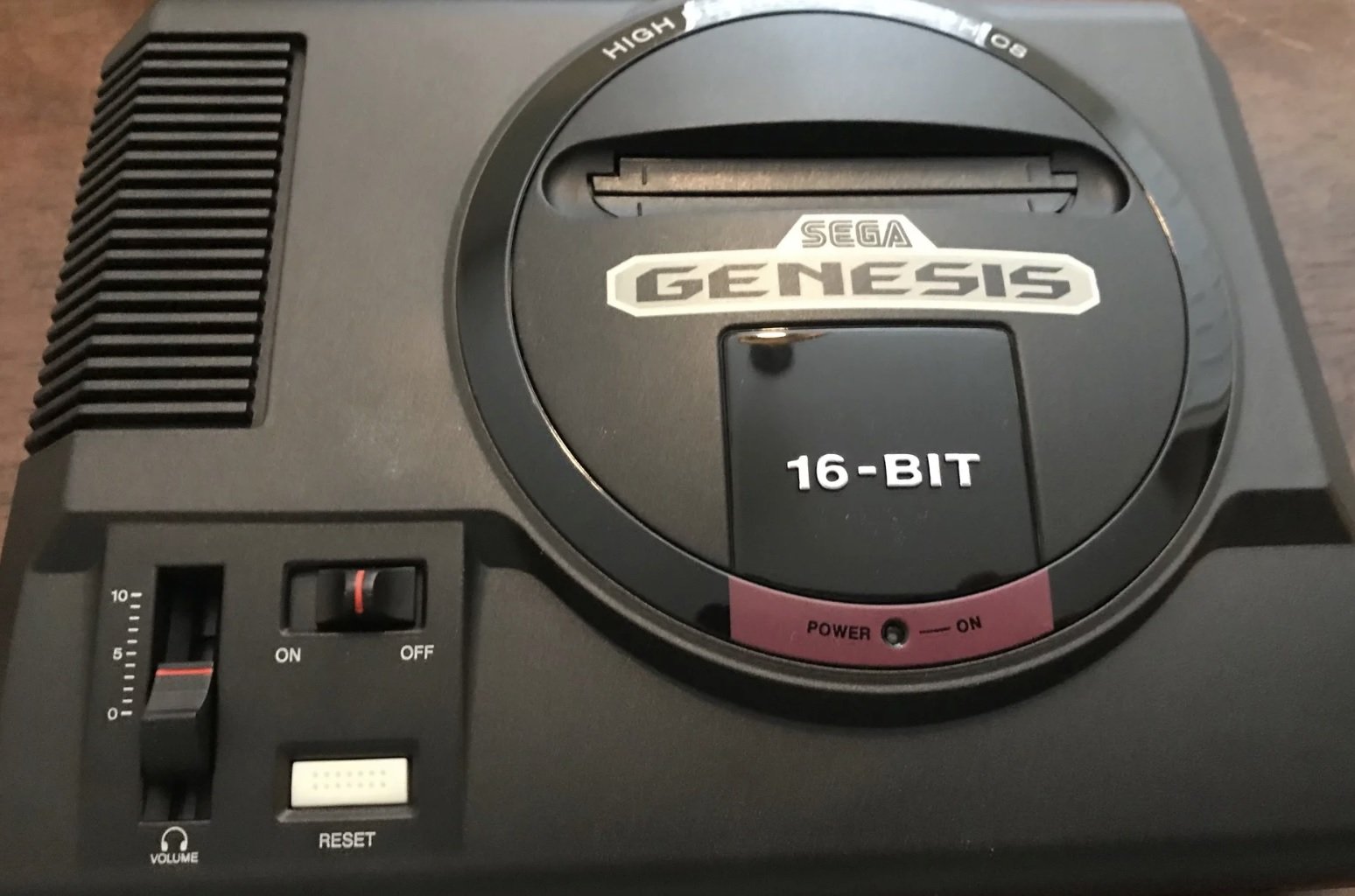 I was hoping to see more wild selections like the aforementioned General Chaos, Cyborg Justice, or even more strategy representation with games like Dune. But playing so many of these popular re-releases over again, I fell back in love. Columns still rules, as does Mean Bean Machine and Tetris (albeit one of the most barebones versions of the classic), the big puzzle trio of the pack. There’s beat ’em ups and shooters, and Street Fighter 2, Eternal Champions, and Virtua Fighter 2 take care of fighters.

Although Castle of Illusion has seen the light of day before (it even got a remake), World of Illusion, the fun two player co-op follow-up with Donald Duck, is a classy pick. There were several games like Dynamite Headdy that I beat in one session and couldn’t put down. Again, check the list: value is in the eye of the beholder. In my experience the emulation is smooth and authentic. I’m sure someone is going to say “the music for [x] is actually 5.3 BPMs slower!” but the games work and I didn’t encounter any major bugs.

The bar for these retro flights of fancy has basically been set at “don’t screw it up,” (::sitcom voice:: “Sony!”), and Sega managed to clear that requirement and then some. 42 games is a hefty collection for just about anyone imaginable, from older enthusiasts looking to recreate their childhood or prospective newcomers. A few menu snafus and a regional controller issue aside, I’ve had a blast with the Sega Genesis Mini.

[This review is based on a retail edition of the hardware provided by the manufacturer.]