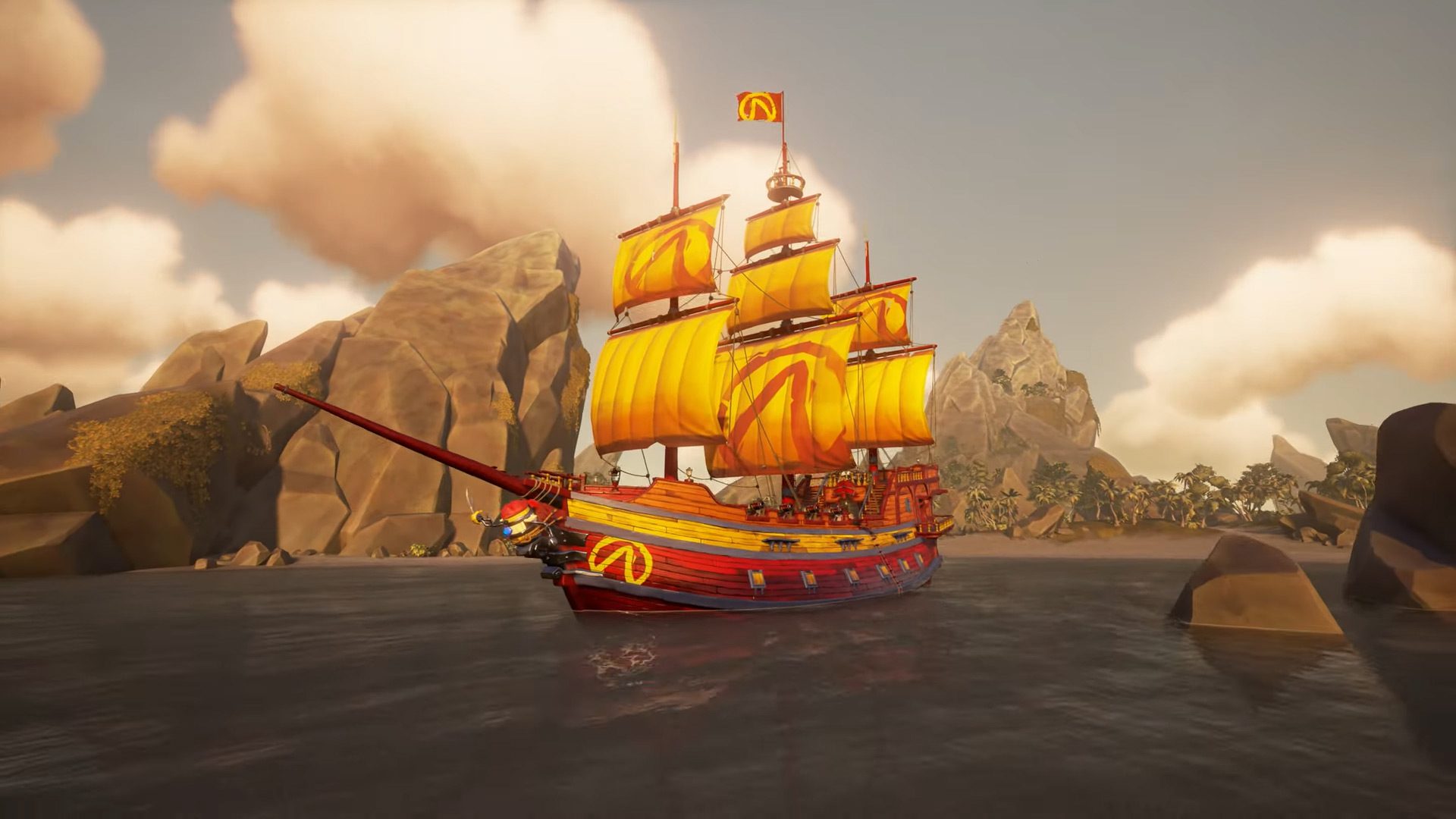 I’m sorry, but that’s the rule

Sea of Thieves has snuck in some neat crossover ships that pay tribute to Battletoads, Banjo-Kazooie, and even the fun-at-the-time Xbox 360 title Kameo. Now there’s this Borderlands ship. As Eric put it in Slack, it’s the “biggest way to paint a target on yourself.”

The news popped up during this morning’s Xbox Gamescom 2021 stream, and now the event for the Borderlands ship — Making Mayhem — is live in Sea of Thieves.

All told, there’s a new flag, hull, Claptrap figurehead, sails, capstan, wheel, and cannons to unlock before the event expires on September 7, 2021. You’ll unlock pieces by earning Favour with the Bilge Rats trading company, and I’ve listed the pieces out in order of least to most effort required, so the cannons (the coolest part) are the final reward.

There are minor and major Making Mayhem challenges to complete in Sea of Thieves, ranging from “burning a group of skeletons at once using a firebomb or a Chest of Rage” to “setting a Skeleton Ship ablaze using an Ashen Winds Skull” to “drinking or playing music with another crew at an Outpost.” According to Rare, any ship parts you’ve earned “will be available to equip from the relevant in-game chests within 72 hours.”

I like Borderlands in moderation, I really do. But this ship must be sunk on sight.