In celebration of Banjo-Kazooie‘s 20th anniversary, Rare is selling a referential ship customization item in Sea of Thieves for (a very fitting) 1,998 gold. The Bird & Bear Figurehead is available throughout July, and you’ll find it for sale at the Shipwright Shop on the outpost docks. I just had to get one. 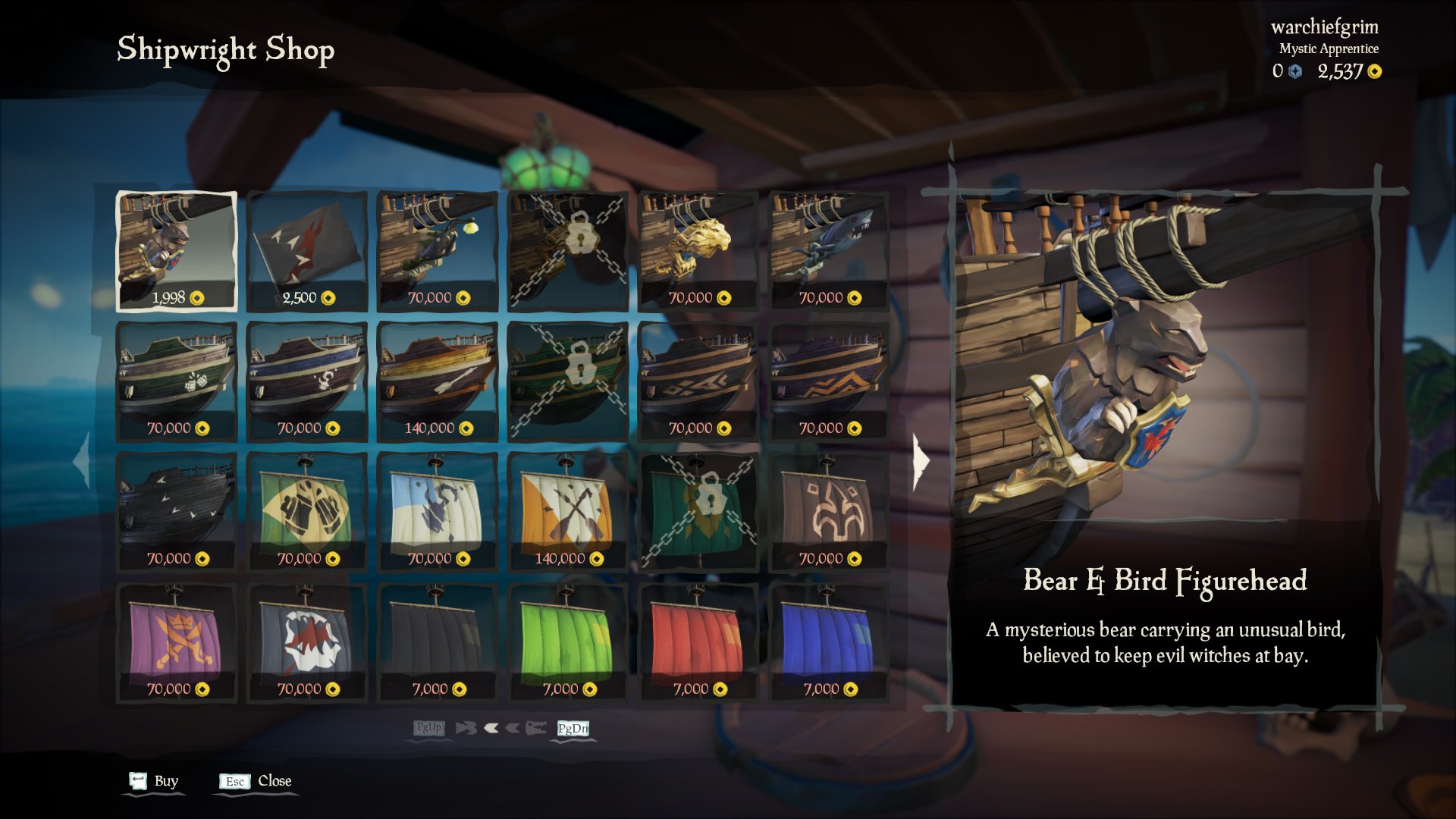 It’d be incredible if we could play some B&K-inspired shanties, wouldn’t you say?

Rare has cleaned up some standing issues as well: