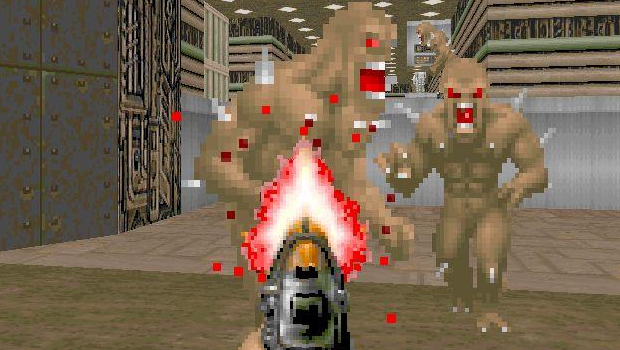 The only game hurting society is the blame game

An anonymous “law enforcement veteran” claims the Sandy Hook shooter was comparing “high scores” of previous mass murderers and intended to beat a record. According to this totally responsible and not-at-all reckless source, Sandy Hook was entirely “the work of a video gamer.”

The New York Daily Times has the story, where it explicitly states Lanza had a “score sheet” that he was attempting to dominate.

“We were told (the killer) had around 500 people on this sheet,” claims the unnamed lawman. “Names and the number of people killed and the weapons that were used, even the precise make and model of the weapons. It had to have taken years. It sounded like a doctoral thesis, that was the quality of the research.

“They don’t believe this was just a spreadsheet. They believe it was a score sheet. This was the work of a video gamer, and that it was his intent to put his own name at the very top of that list.”

The story goes on to claim an elementary school was chosen because targets would put up the least resistance, allowing for an easy way to rack up kills. Some would argue this was the work of a troubled mind. According to whoever the Times has been talking to, a troubled mind and a gamer might as well be one and the same.

As we saw recently with another murder, violent criminals are beginning to learn they can pass the responsibility for their behavior onto videogames, and find an audience willing to validate them. Whoever this “veteran” of law enforcement is, he’s playing directly into that mentality, and helping perpetuate the culture of blame that allows killers the freedom to dodge accountability. This has also been evident with a certain idiotic ex-lawyer who proudly claims a murderer once told him Grand Theft Auto made him kill — because taking what a killer tells you at face value is now acceptable.

When I first became aware of law enforcers and media pundits blaming videogames for horrible crimes, I obviously felt a sting of outrage as a gamer, upset that my favorite form of entertainment was being vilified and that I, myself, was being lumped in with unwell or unsavory individuals. Nowadays, however, my more socially minded self is simply disgusted at the social carelessness of people like this anonymous source, or the temeritous mouthpieces on FOX and CNN. It’s dangerous to point fingers at one lone element as the source of a mass murder, and totally irresponsible to send the message to a potentially delusional person that they’ll be allowed to get away with murder because everybody will be blaming incidentally involved elements.

I no longer feel like defending games or gamers from these thoughtless pundits. I’m too disgusted in such reckless behavior to focus on anything but the societal ill it helps foster.