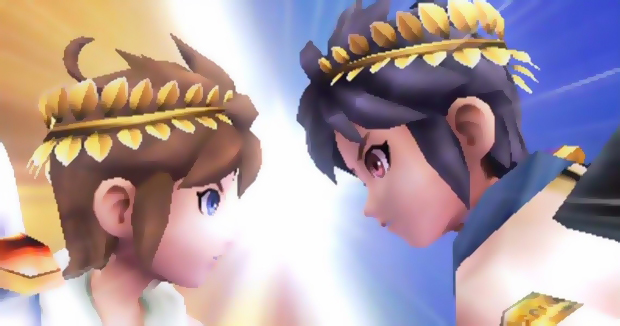 I’m feeling pretty cautious about Kid Icarus: Uprising. I’m still buying the game day one, but I’m not going to be surprised if I end up somewhat disappointed with it in the end. Everything about the title just seems a bit… off.

Thankfully, there is one aspect of the game that’s sounding just right to me. According to the game’s director Masahiro Sakurai, Kid Icarus: Uprising will have “…a ton of talking”, but he “…didn’t add all that voice in order to tell a story.” The reason for that is he thinks “…movies and such are much better at telling stories in an effective and enjoyable way than games are”. Even better, he goes on to say that “…while there is a story, we don’t advance it by forcing players to sit and watch some tedious briefing scene or anything.”

It sounds like the voice acting and dialog in Kid Icarus: Uprising is more about bringing personality, tone, and atmosphere to the game than shoving a linear narrative down our throats, sort of like the mid-combat banter found in the Star Fox series That’s a relief. I’d rather tell my own story through playing Kid Icarus: Uprising my own than have it told to me through unplayable “movies.”