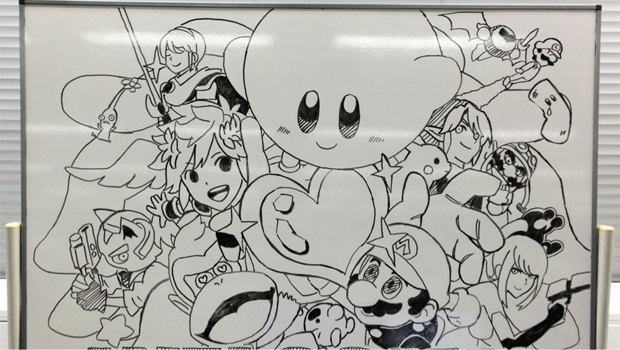 Now that development of Kid Icarus: Uprising has come to a close Masahiro Sakurai’s focus has shifted back toward the next title in the Super Smash Bros series. For fans of Nintendo’s fighting game franchise that’s excellent news, but the creative mind behind Kirby had something a bit more disappointing to reveal in a recent interview with Nintendo Power. It sounds like that ever expanding roster might have reached its glass ceiling with Brawl.

It isn’t a matter of ‘if the next game has 50 characters, that’ll be enough.’ There is a certain charm to games that have huge casts of playable characters, but they tend to have issues with game balance and it becomes very difficult to fine-tune each character and have them all feel distinctive…. In terms of quantity, we’ve probably already reached the limit of what’s feasible. I think a change of direction may be what’s needed.

That’s a tad disappointing, but I’d rather have a well balanced game rather than see a bunch of obscure Nintendo characters tossed in merely for the sake of it. And considering that a decent number of the existing characters are fairly analogous, it wouldn’t be too difficult to cut a few redundant members of the cast to bring in some new blood. Speaking of which, who would you like to see that has yet to appear in the series?

Sakurai: Change of direction may be needed for next Smash Bros. [Nintendo Everything via Shacknews]