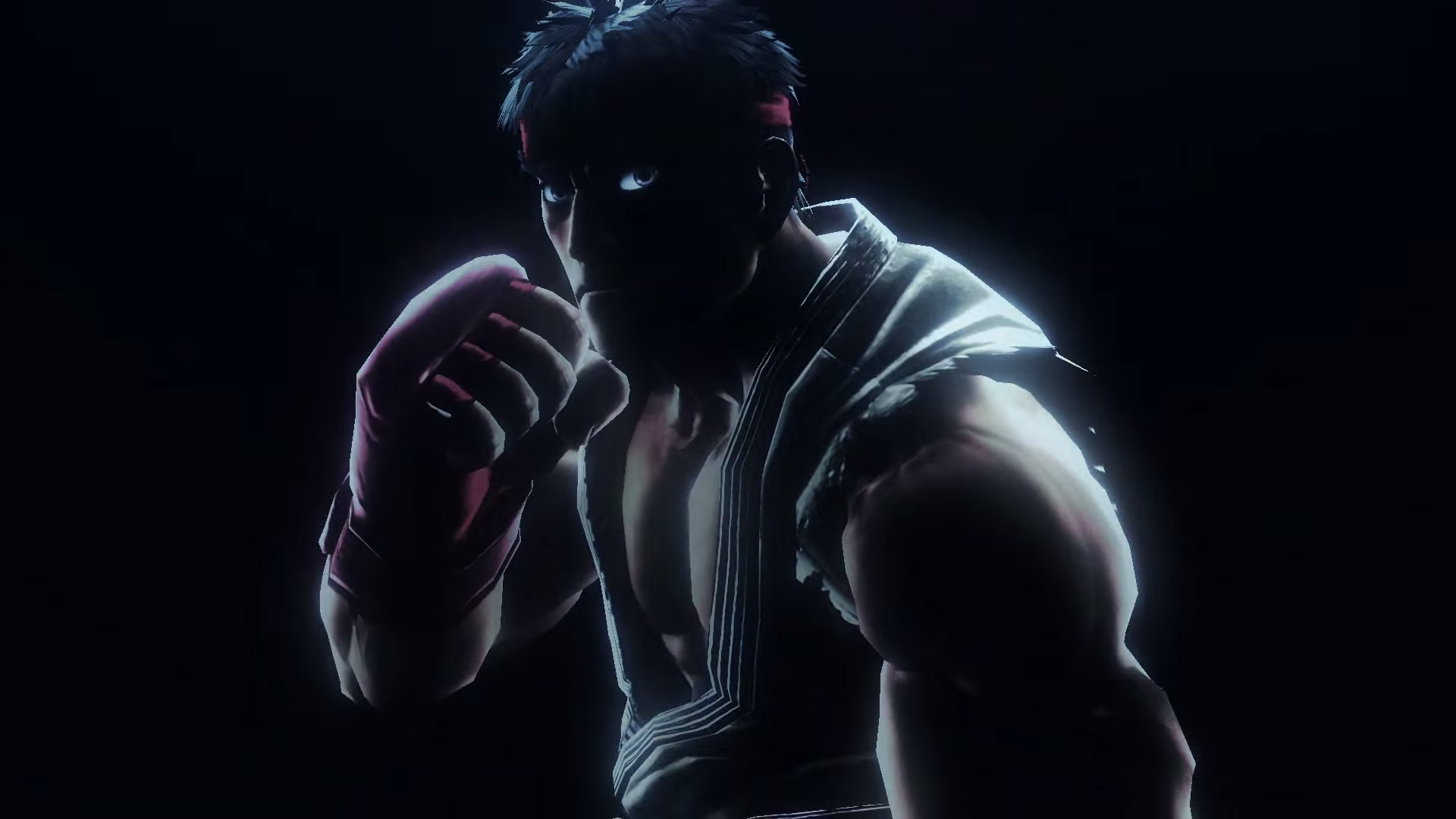 Watch as I Tatsumaki to my death

Remember the first time you went online with Street Fighter IV with your favorite character, Hakan, and fought about 100 Ryus in a week? And they all spammed Hadoukens and always woke up with a Shoryuken? Wouldn’t you like to relive those moments in Super Smash Bros.?! If not, I’d avoid For Glory for a while.

Ryu is easily the most interesting character to enter the Super Smash Bros. roster, which is why a lot of people are quickly flocking to him. Ryu has multiple versions of his specials, Street Fighter inputs, and even two Final Smashes! Kind of like a certain someone totally predicted not too long ago! #humblebrag 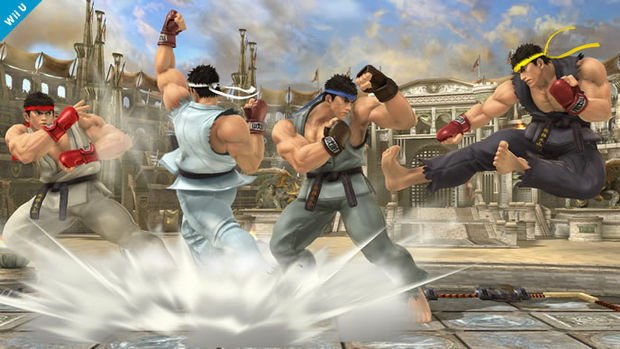 First, let’s discuss Ryu’s stage, Suzaku Castle. In short: it’s wonderful and weird. The music is great and speeds up when things are getting down to the wire. The default mode will definitely not be tournament-legal, since it has a walk-off on the right side. For general entertaining play, however, it’s superb. Strategies will change depending on the side the fight is happening on, and since there’s a lot of open space on the left side, you can expect some serious ledge play at times.

There are two platforms on the left, one on top and one on the bottom. The top one has no grabbable ledges, but the bottom one does. The ledges on the bottom platform are a bit wonky, as characters who come up towards the center of the platform will snap to a ledge that seems way too far to snap to. Players will also only snap in the way they are facing, it seems. Here’s a GIF to demonstrate what I mean:

As for the character, the first thing I did was take Ryu into the Training mode. He’s got at least twice as many attacks as a standard character, and I need to know what they are and how they act before I go into a match. From here on out, I will refer to his light attacks as the attacks executing by tapping the button, and heavy attacks as the ones where the player has to hold the attack button. There’s apparently a medium somewhere in the middle, but I’ll be damned if I can pull it off intentionally.

Holding the attack button doesn’t even feel like truly “holding” it. I was worried that having to hold down a button for an attack would feel weird, but it is still very quickly executed. Now I’m worried that I’ll “hold” the attack button for too long when I want to do a light attack! You really have to consciously tap the button to execute a light attack. In general, heavy attacks are the ones that come out for me when I’m not thinking.

Ryu is definitely a thinking-man’s character. Throwing out attacks isn’t going to cut it. In each scenario, players must think “okay, light or heavy?” and then execute properly.

Let’s start with the special moves. Hadoukens are a great way to cover an approach or force the opponent to make a move. You can not spam Hadoukens, as there can only be one out at a time. The Shakunetsu Hadouken can be activated by performing a half-circle forward motion and an attack button. This Hadouken is slightly stronger than holding the special button down (8% compared to 7%) and will carry the opponent with them over 5 hits. It’s great for edge guarding since it takes the enemy for a ride.

Shoryuken is a great recovery move and can be a kill move at high percents. It kills Mario at around 105% with no Rage, for example. Personally, this is my go-to kill move in combos, but I’ll speak more on that later. Also, it’s possible to input down-forward twice to execute this move, instead of doing the normal Dragon Punch motion of forward, down, down-forward.

The Hurricane Kick, despite being called “hugely destructive” by Sakurai, is rather lackluster as an attack. It does less damage (9% if inputting the command) if the opponent is very close to Ryu, and more damage if they are hit during the spinning phase (13%). It pushes the enemy vertically, and doesn’t kill Mario until around 130%, and that’s with no Directional Influence. As a recovery move, however, the move is wonderful. Ryu can act after it, allowing him to Tatsumaki to gain horizontal ground, and then Shoryuken to go vertically.

Finally, his Focus Attack. This is easily the most interesting special move Ryu has. While charging it Ryu has one hit of super armor. While charging, Ryu will flash twice, once for each increasing level. If the player hits the opponent before it flashes once, the opponent will be knocked back. If he hits them after it,  they go into a crumple state, just like Street Fighter IV. The second flash happens a split second before it is fully charged, which means it’s a level 3 Focus Attack, which leads to a longer crumple. Also, if released in level 1 or 2, the Focus Attack will be absorbed by shields. Releasing a fully charged Focus Attack will still crumple a shielding opponent.

Most importantly, Ryu can dash-cancel the focus attack while charging or after a hit. If an uncharged Focus Attack hits a shield, Ryu can also dash-cancel the lag. In Street Fighter IV, this was known as an “FADC,” or Focus Attack Dash Cancel. This allows a guaranteed hit on crumpled opponents. It’s super satisfying to pull off a FADC into a kill move like Shoryuken. It’s also a good psych-out move to dash-cancel a charging Focus Attack, similar to how Sonic can cancel his Spin Dash.

It’s important to note that when inputting a Street Fighter command to perform a special move, it must be done in the direction Ryu is facing. If you wanted to do a Shakunetsu Hadouken backwards, for example, it would instead register as a Tatsumaki (quarter-circle back). It is not pleasant when you’re expecting one move to come out and get another, so keep this in mind!

Ryu’s normals are incredibly varied thanks to his unique ability to have TWO OF EVERY TILT. Some of the more useful ones I’ve been using are his strong forward-tilt, Collarbone Breaker. It does not completely destroy a fresh shield, but it comes very close to doing so. His heavy up-tilt is also very useful and does 12%. Other than that, I’ve been using both version of his down-tilt a whole lot.

The reason I use his down-tilt is because it can be cancelled into any of his special moves on hit. This is my go-to setup after a successful crumple, as well. Basically, I look for opportunities to FADC into a heavy down-tilt which I cancel into a Shoryuken. In case you forgot, I’m still talking about Super Smash Bros. here. 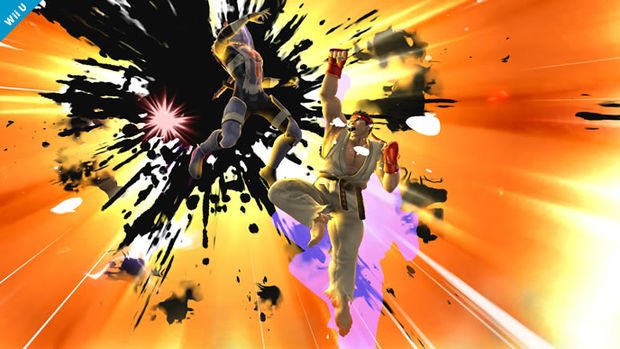 As for some other notable moves:

So, what’s Ryu’s weakness? Well, other than the fact that players may flub inputs from time to time, I would say Ryu’s biggest downside is his throw game. None of his throws are kill throws, and they don’t seem to lead into any combo opportunities. Regardless, I think Ryu is going to be a very viable fighter at a higher level of play, and is a blast to experiment with no matter how good you are at the game.

Also, always play as the pink Ryu to pretend like you’re Dan Hibiki.