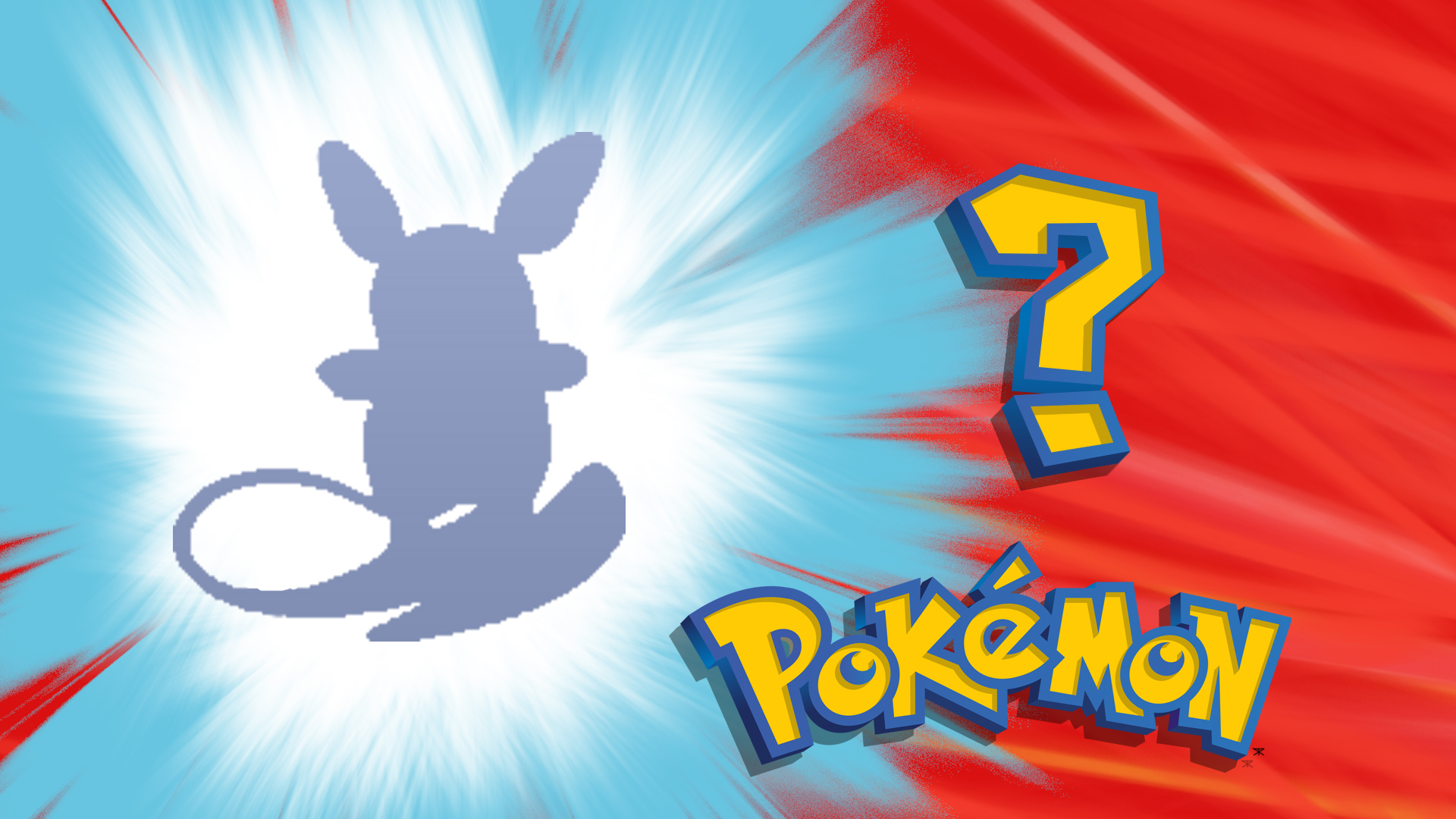 [Update: Confirmed! You can find the official video here.]

Take this all with a grain of salt, but it looks like new Pokémon have leaked via 4chan and other imageboards around the internet. If you don’t want spoilers for the upcoming trailer, avert your gaze now!

In the above video, you’ll find the already confirmed Wishiwashi in action for the very first time, using its “schooling ability” to change from solo form to school form once it hits a certain level. It is currently unclear exactly how that works, but it certainly is a new mechanic to the Pokémon series. 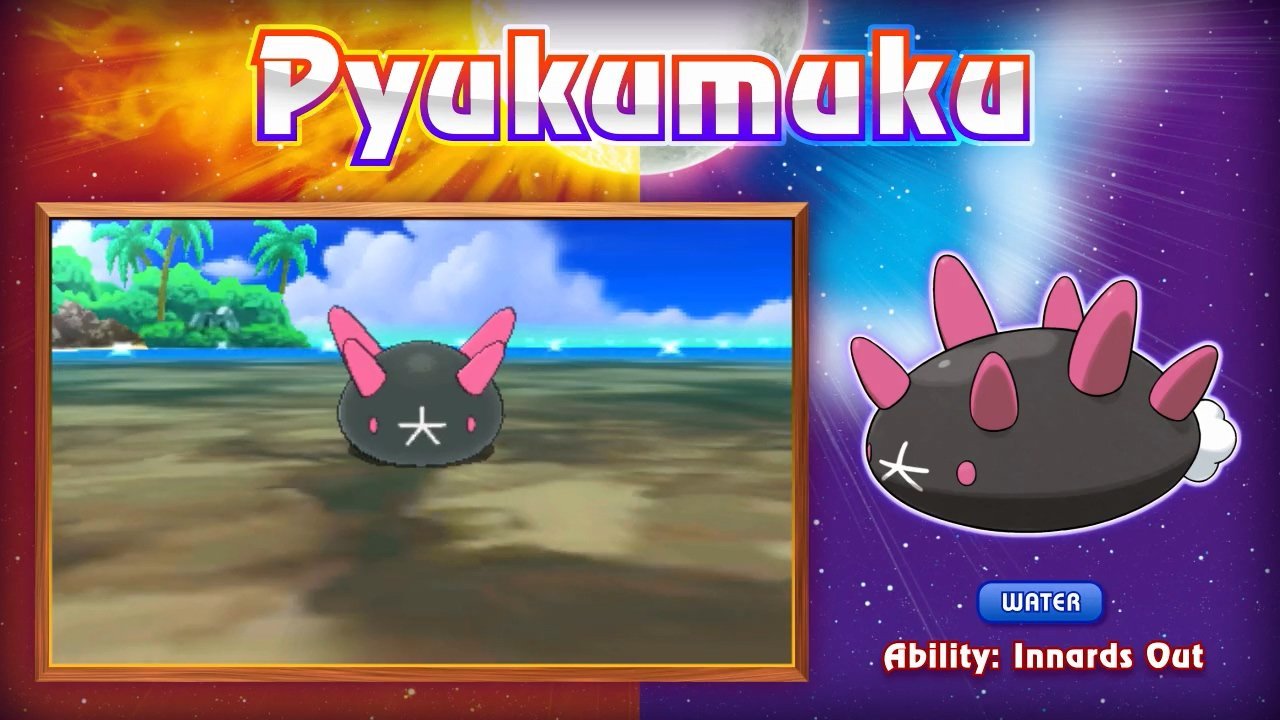 This here is the aptly named Pyukumuku, which has the ability “innards out” that supposedly causes it to shoot out its insides from its mouth, which can then be used as a fist. This one has also been confirmed by CoroCoro magazine, which adds some legitimacy to this leak. Anyone want to take a guess at how you say its name? I’d guess “Puke-you-muck-oo.” 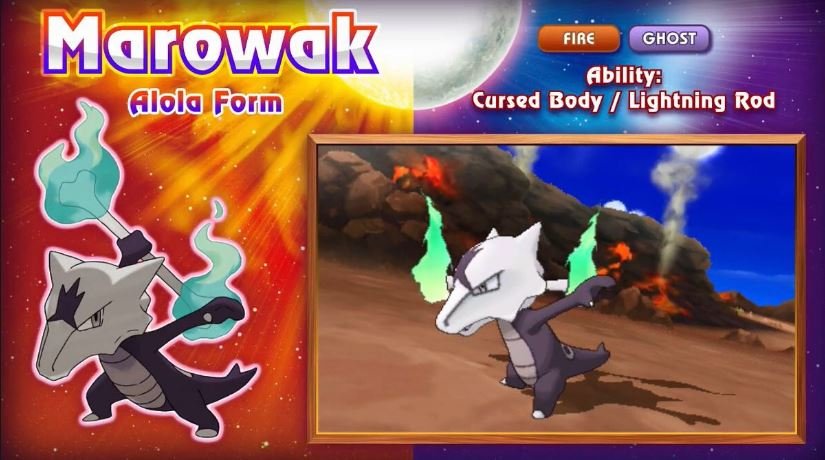 An Alola form of Marowak, the evolved version of Cubone, carries a baton-like bone with flames on the end. I wonder if that bone belongs to its dead father, since the skull it wears on its head is from its mother. 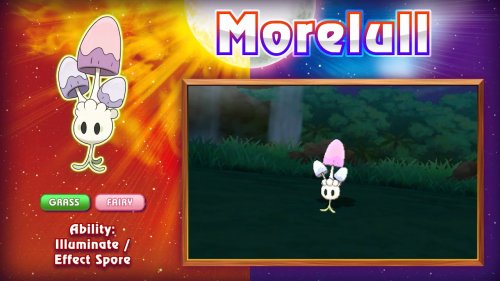 A brand-new mushroom Pokémon named Morelull is said to be revealed, which is obviously named and designed after the Morel mushrooms that are popular snacks in my neck of the woods. Here people go “mushroom hunting” to find them and cook them up, they are kind of tasty, but I wouldn’t go out of my way to eat them. 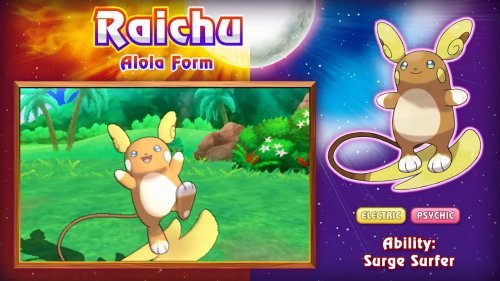 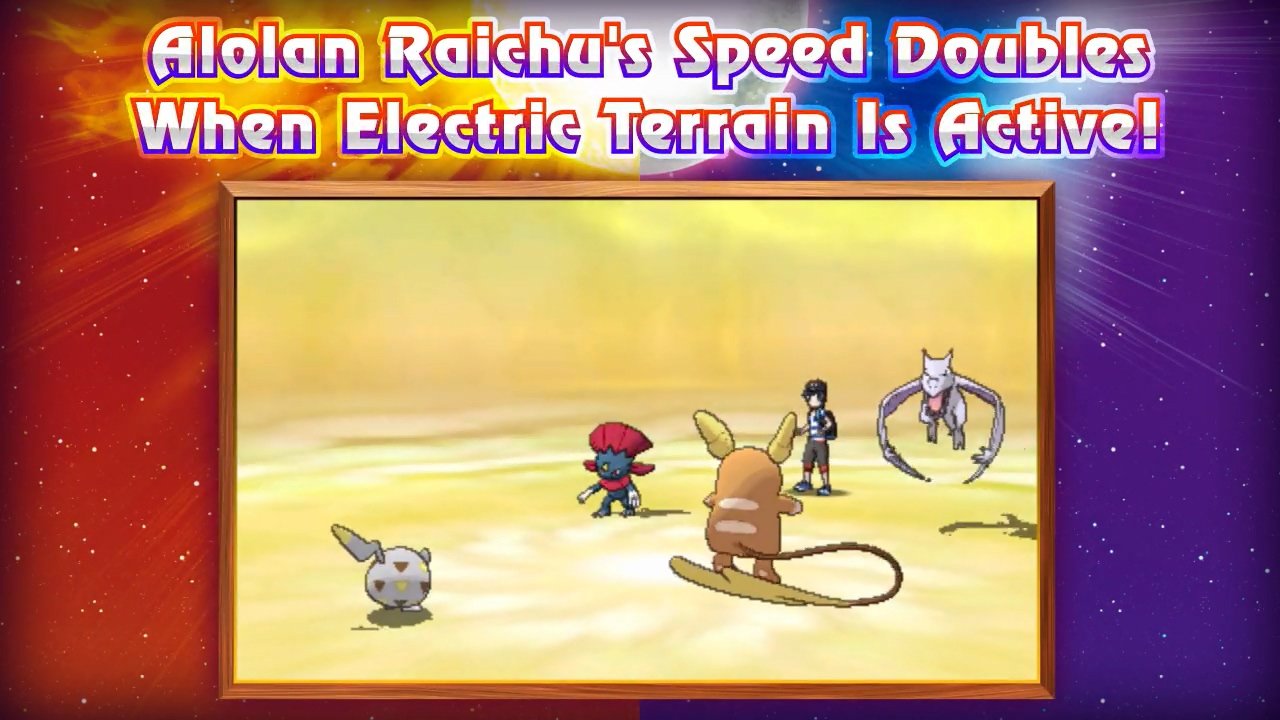 That’s right, Raichu may finally get the recognition it deserves as the evolution of the beloved Pikachu with an ability that may reference the special surfing Pikachu that has been around since Pokémon Yellow. With both electric and psychic types, I’m sure this cutey will be a force to be reckoned with. 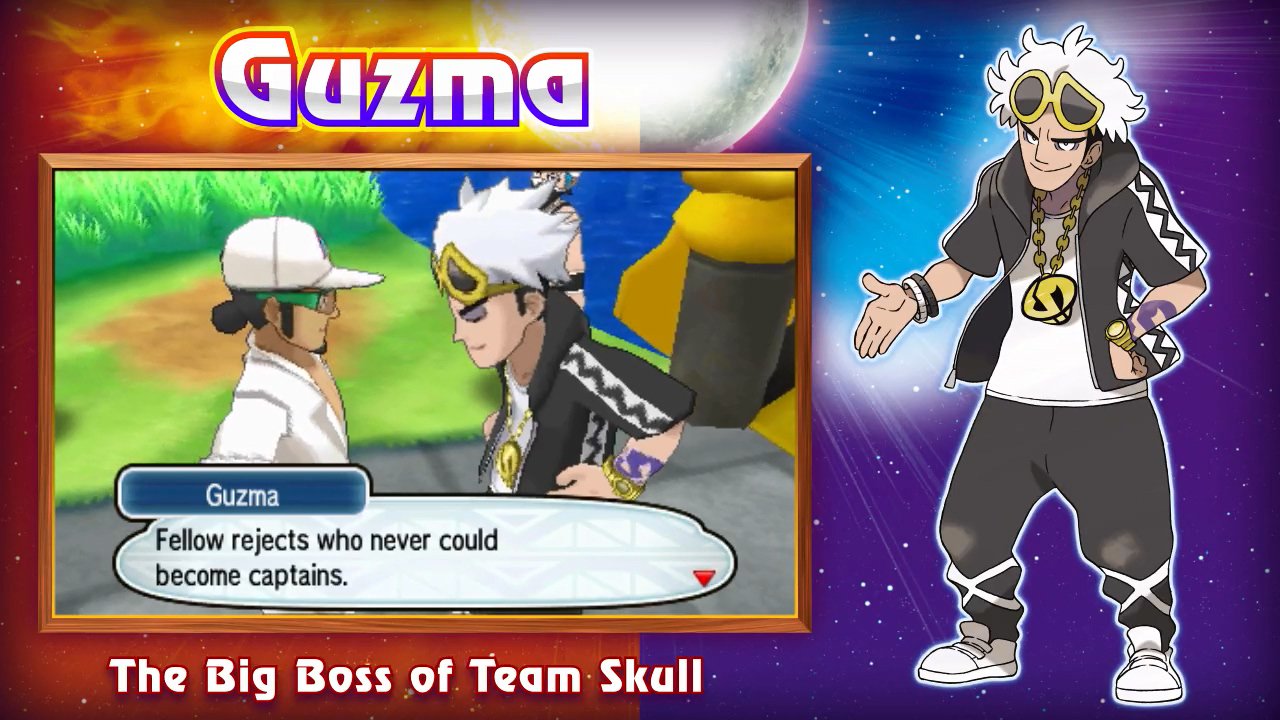 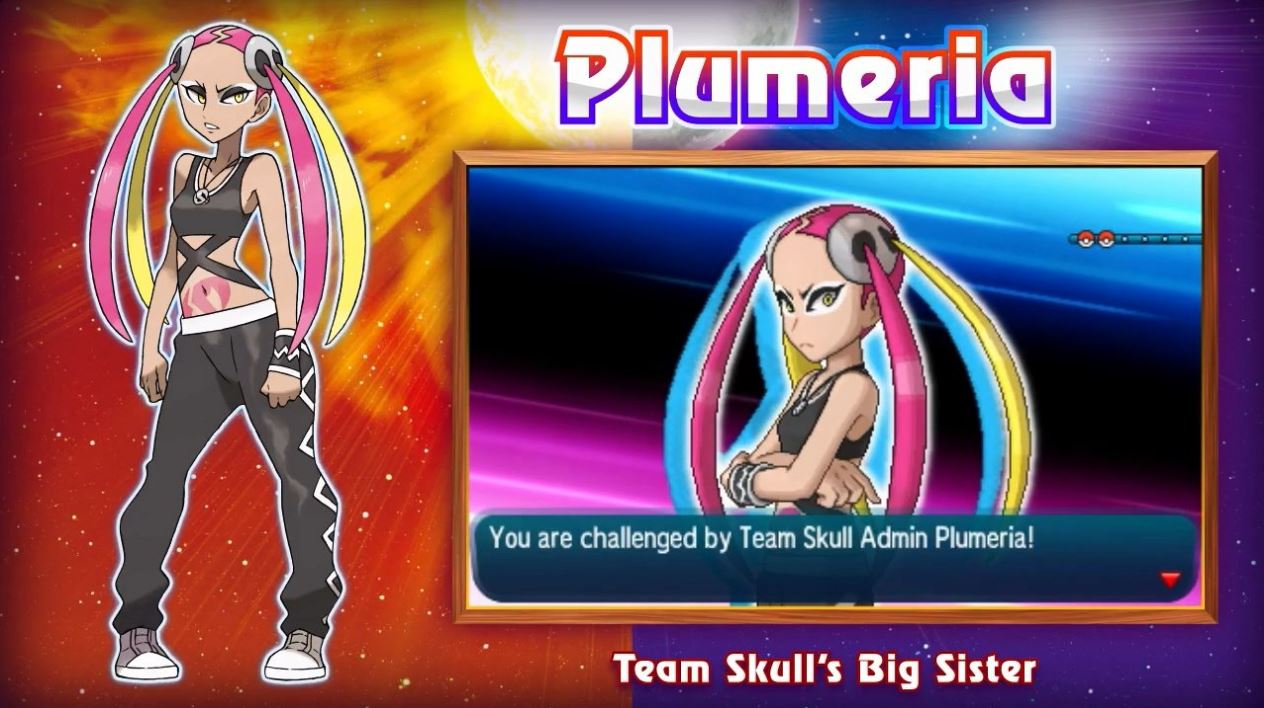 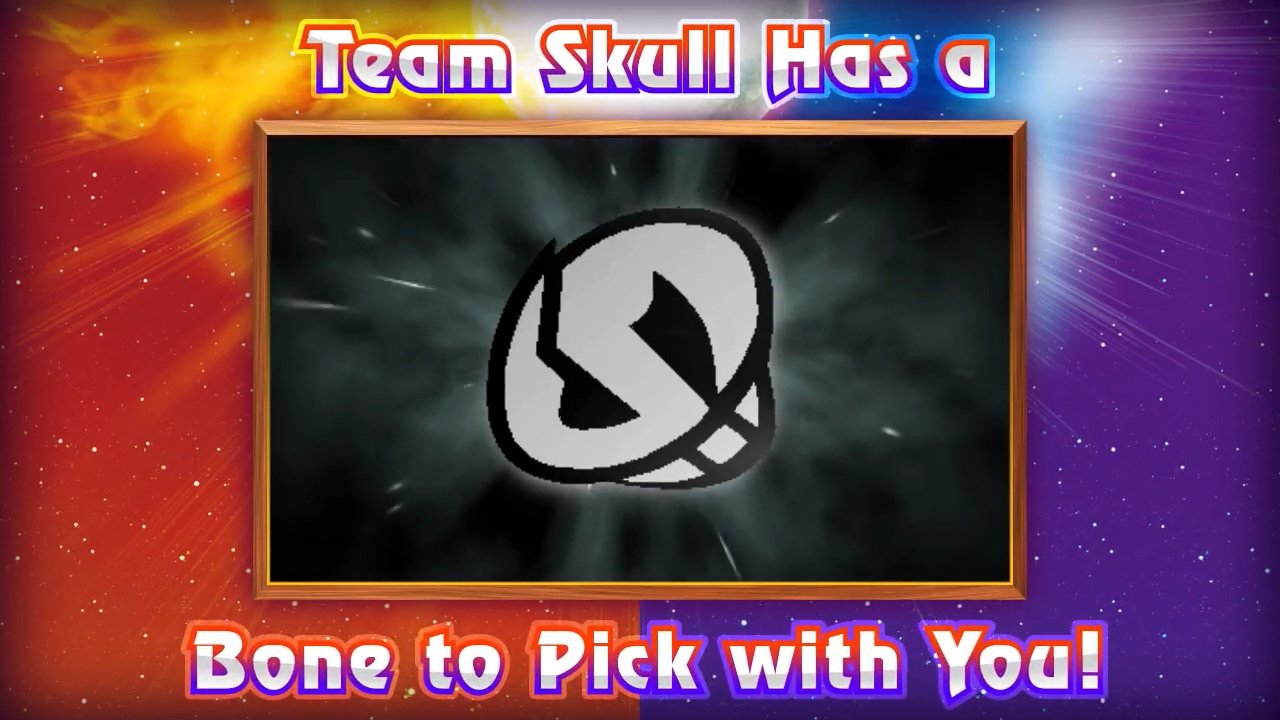 Two new human characters from Team Skull — who I can only assume are the bad guys — have also leaked. They appear to be a combination of Hatsune Miku and Die Antwoord, which means I’m in love. I think I could be besties with Plumeria. I’m already shipping here with that hunky new professor. 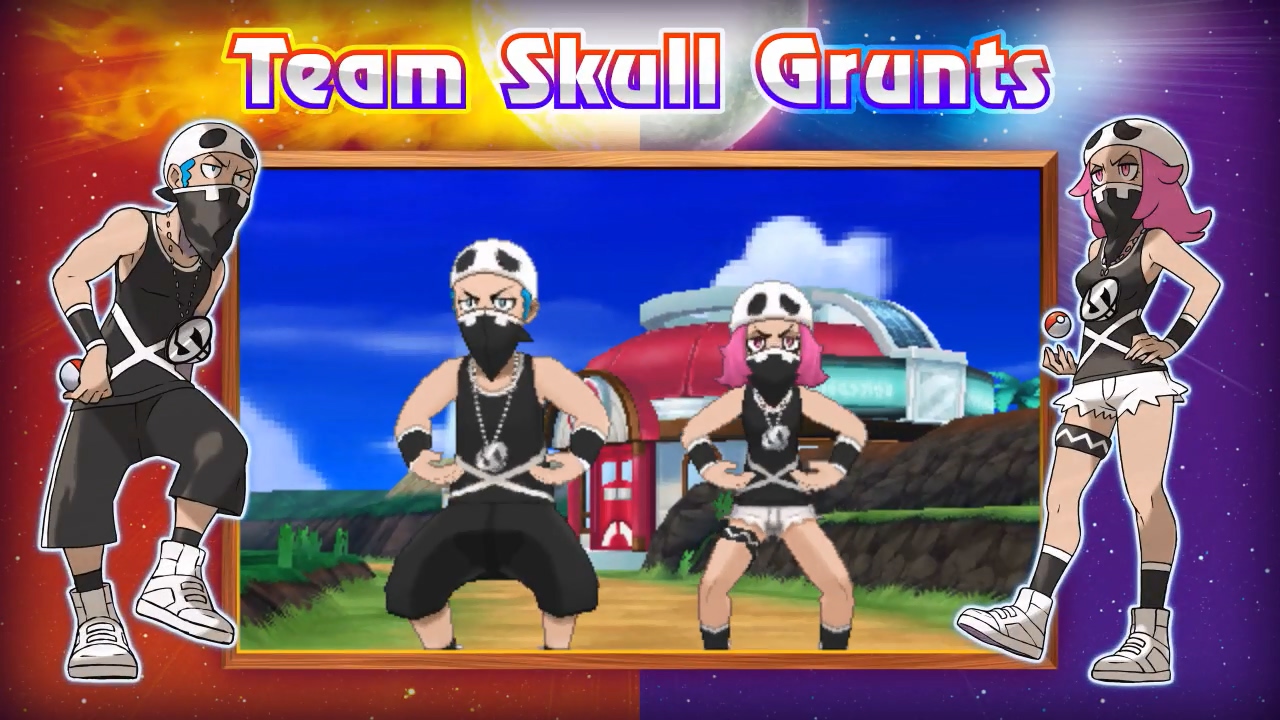 Lastly, a couple of grunts from Team Skull were also leaked, which if you look closely you might be able to make out just a little bit of labia majora on the character on the right.

So that wraps up the current leaks, which I’m convinced are legit at this point, otherwise someone went through far too much just to leak something that will be disproved in a couple of days. It all looks too professionally done to be fake, in this blogger’s opinion. I hope it is real because everything here has me even more excited for the game, I’m perhaps more pumped for this Pokémon than I was for X & Y!

Filed under... #leak#Pokemon#Pokemon Sun and Moon