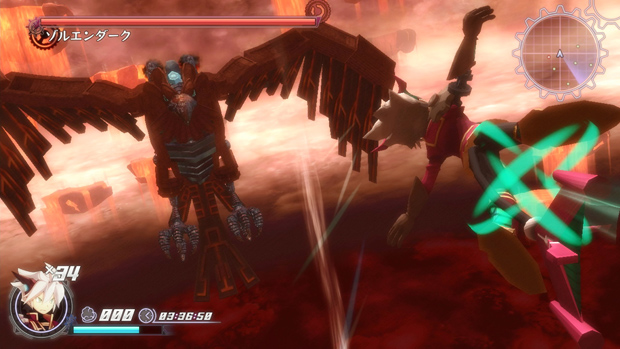 In my mind, Rodea: The Sky Soldier has two things going for it. First, “Rodea” sounds like something that would get into a brawl with Godzilla, and I’m all about that. Second, this Wii U and 3DS title is centered on a sky kingdom, which means there are floating islands to soar around.

It’s been a long, uncertain road for Rodea to see a proper release — developer Prope originally envisioned it as a Wii title — but the wait won’t be much longer now. NIS America is publishing the high-flying action game on September 22 in North America and September 25 in Europe.

First-print copies of Rodea for Wii U will also include the unreleased Wii version of the game, so if you’re interested in playing with a Wii Remote or otherwise think owning a new Wii game in 2015 is a novel concept, don’t procrastinate. Get that order in early (but maybe wait until reviews hit).