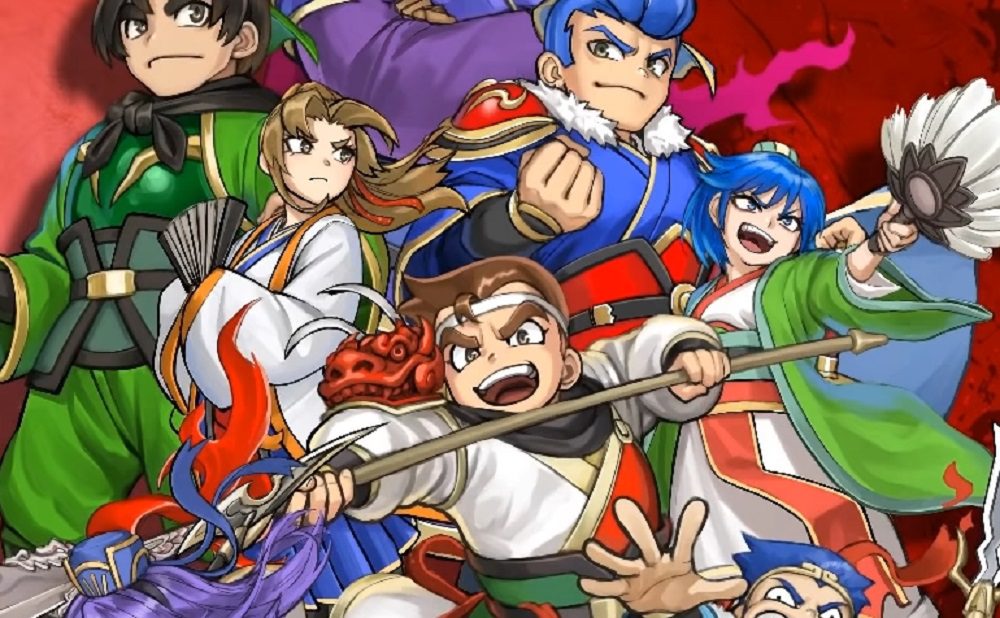 Arc System Works and developer APlus Games announced a release date for the Japanese edition of the next entry in the Kunio-kun/River City franchise. River City Saga: Three Kingdoms will launch on the Switch platform December 16. Unfortunately, at this time, we are still waiting on a release date, or even a confirmation, for a western localization.

Announced back in September of this year, River City Saga: The Three Kingdoms, (or, to give it its full title, Kunio-kun no Sangokushi dayo: Zeiin Shuugou!), is a somewhat tongue-in-cheek retelling of the legendary Chinese fable “Sangokushi,” perhaps better known to westerners as the Romance of the Three Kingdoms. The story has been adapted to Kunio-kun‘s recognizable cast, cutesy visual style, and propensity for knock-down, drag-out, slapstick chaos. The new game features an old-school 2D aesthetic typical of the scrolling brawler series, but afforded something of a modern sheen, with polished sprites and deep narrative storytelling and character build mechanics.

I wouldn’t be surprised if we see River City Saga: The Three Kingdoms make its way westward in the near future, as the Kunio-kun franchise is going through something of a resurgence on these shores, courtesy of titles such as River City Girls and Double Dragon & Kunio-kun: Retro Brawler Bundle. With River City Girls 2 and River City Girls Zero already on the horizon, it would make as much sense to try and get The Three Kingdoms into the hands of western fans. With a PS4 and PC port scheduled for Spring 2022, perhaps we’ll hear a little more news about localization in the new year.