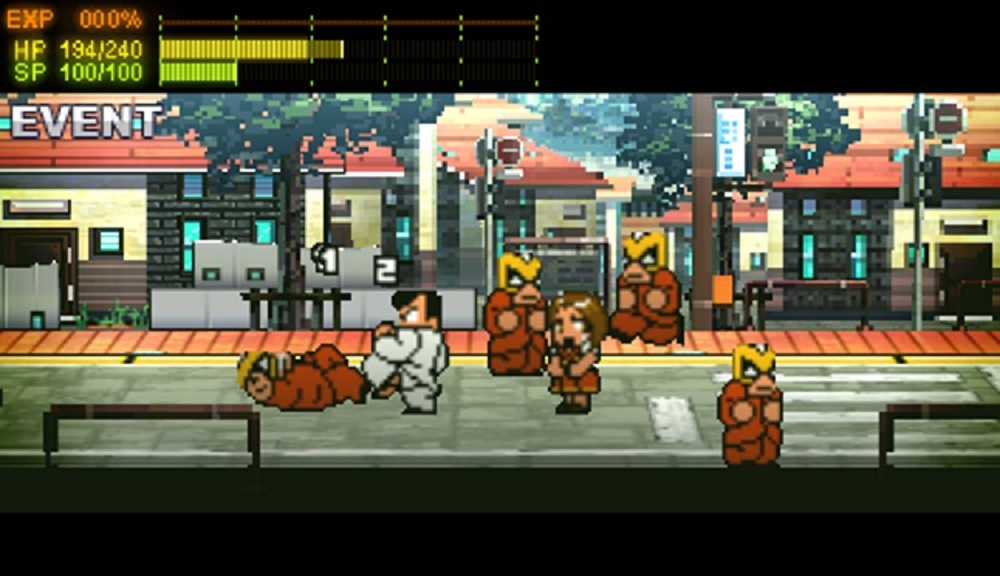 River City just won’t die! The game that has had us barfing for the last two decades is getting another new installment this year, though this time it will be on the 3DS…it’s also not Knights of Justice that I reported on in May. This new game, called River City: Rival Showdown, is more like the original title in that it is an RPG styled beat em up with a slightly open-ended design structure.

In a lot of ways, Rival Showdown is actually a remake of the NES classic. It features the same storyline, but includes new paths and endings for players to discover. Along with that, there is co-op support, a Double Dragon styled fighting game and multiple difficulty levels! Sadly, online support is out, but that isn’t the worst thing in the world (River City Ransom: Underground has some shoddy netcode).

The game will be releasing at some point in November for $29.99. Thankfully, Natsume is making a physical edition for the game. If you opt to go that route, you’ll also get a keychain when you grab the title. Hopefully its just the word “BARF!” or a character getting his ass kicked, because I would totally be down for that.