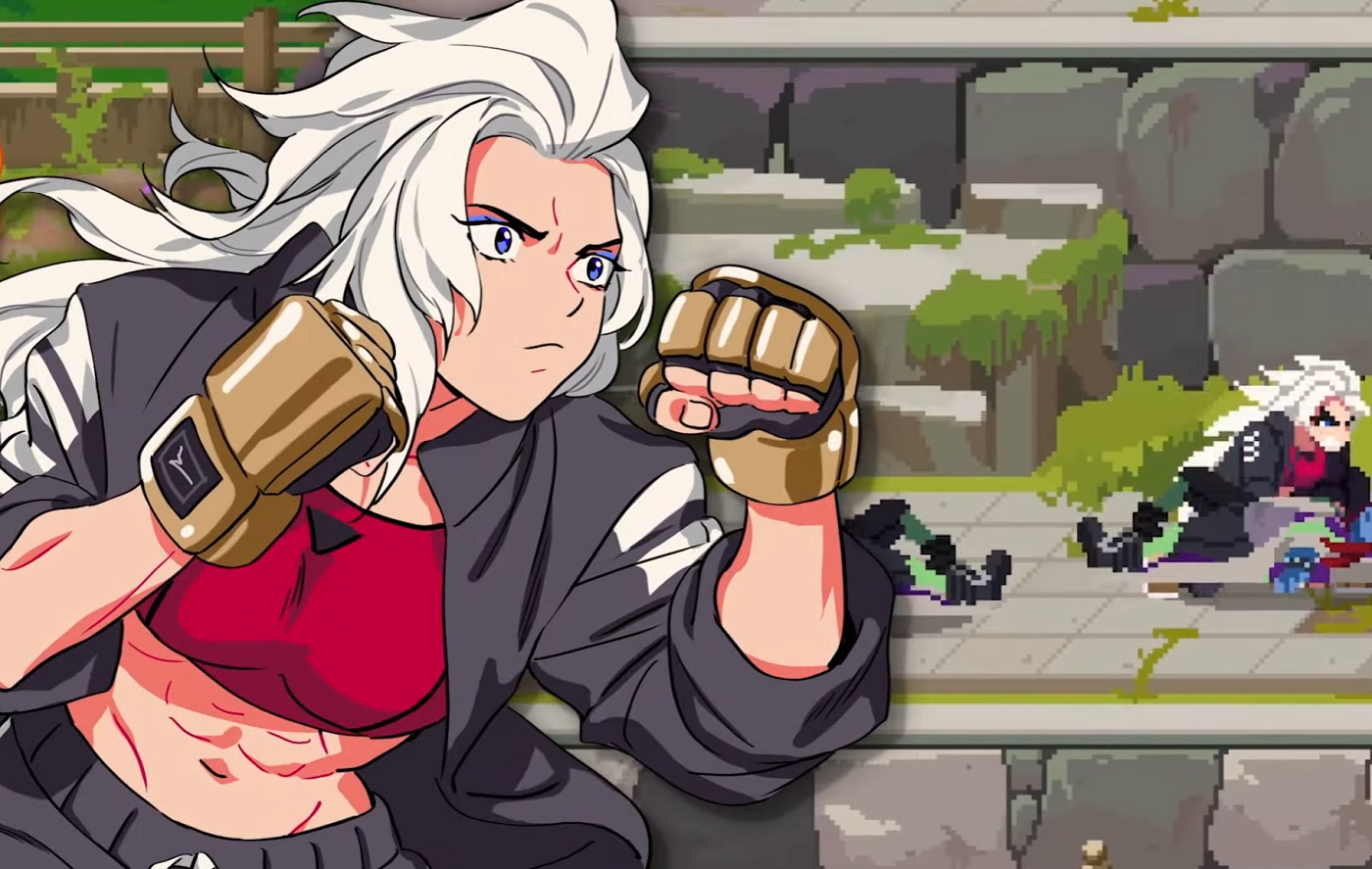 WayForward has released an eye-bruising new trailer for its upcoming sequel River City Girls 2, which is currently waiting in the wings for its inevitable launch on PC and consoles — The new video allows Kyoko and Misako to take a moment out of the spotlight, instead focusing on one of the duo’s new sister-in-arms, the mighty Marian!

You might remember the sexy slugger from her turn in the classic arcade brawler Double Dragon, where Marian played the unenviable role of the Damsel in Distress. Bored of waiting for brothers Billy & Jimmy Lee to get the job done, Marian focused on honing her body, mind, and fighting abilities to ensure that if there was any future beatdowns to be dished out, she would be the one doin’ the dishin’.

Marian appeared in the original River City Girls as one of a number of cameo shopkeepers, but is finally strapping on the gauntlets to take to the street herself. Armed with an array of ground and pound grapples and haymaker strikes, this former abductee turned MMA monster is ready to help Kyoko, Misako, and her other allies in another adventure, (or should that be “ABventure. God…DAMN), against the ruthless Sabu crime family.

If our heroes weren’t tough enough before, then shit just got a whole lot tougher.

River City Girls 2 will launch later this year on PlayStation, PC, Xbox, and Nintendo Switch platforms. Be sure to check out our previous write-ups on both River City Girls and River City Girls Zero, as well as our interviews with director Adam Tierney, and awesome composer Megan McDuffee.