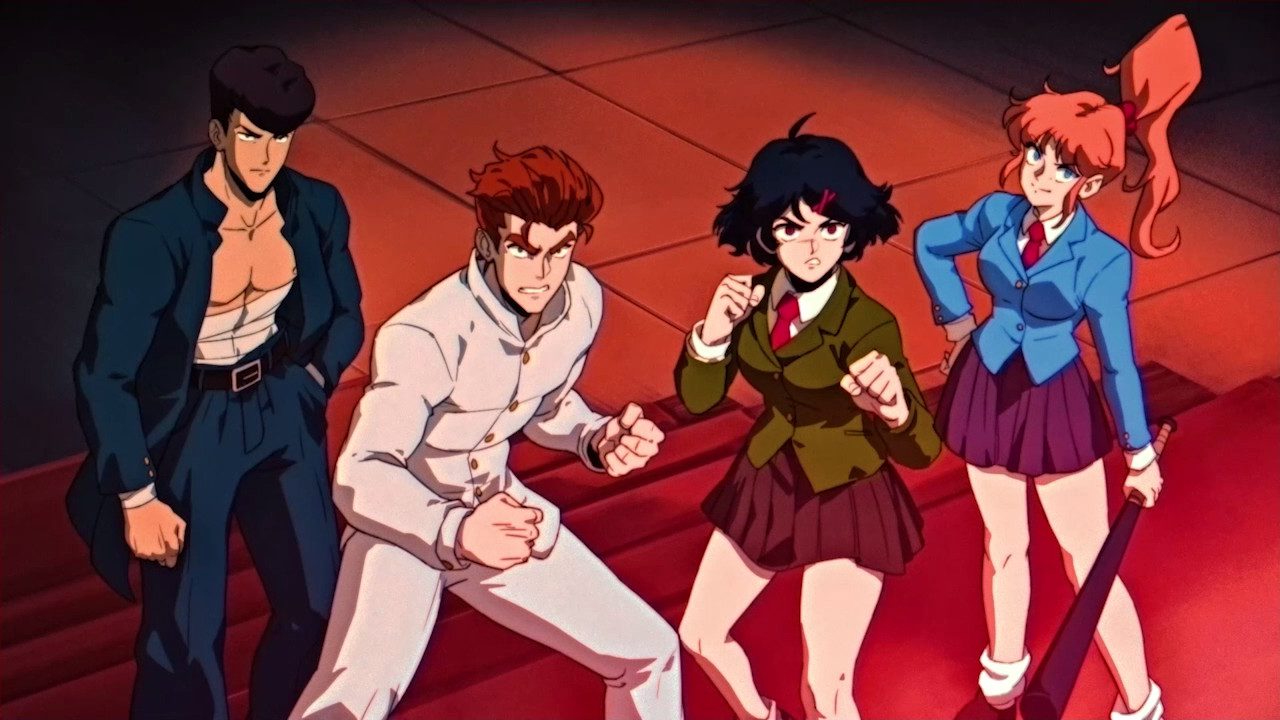 Back in 2019, the global gaming community was introduced to two totes-adorbs, totes-dopey schoolyard sluggers: Kyoko and Misako, collectively known as the River City Girls. Essentially a rebirth of sorts for the legendary Kunio-kun series, WayForward’s River City Girls revitalized the franchise for modern audiences, retaining the open-world nature and nose-busting brawling of its predecessors and dressing it up with dazzling colors, a badass soundtrack, slick artwork, and cool new characters. River City Girls reinvented not only the Kunio-kun series, but also brawlers themselves.

However, in news that still surprises folk today, River City Girls was not the debut adventure for Kyoko and Misako. No, our excitable and somewhat obsessive teens made their original video game debut way back in 1994, in Japan-only Super Famicom release Shin Nekketsu Koha: Kunio-tachi no Banka, which saw series leads Kunio and Riki team up with their respective gals to get to the bottom of a case of mistaken identity. One broken jaw at a time.

While many of the Kunio-kun titles are playable today via the Double Dragon & Kunio-kun: Retro Brawler Bundle, Shin Nekketsu Koha: Kunio-tachi no Banka remained unavailable to western players. Until now, as Arc System Works and WayForward has finally localized this lost sequel for these shores. So fire up the Switch, it’s time to rumble with River City Girls Zero. 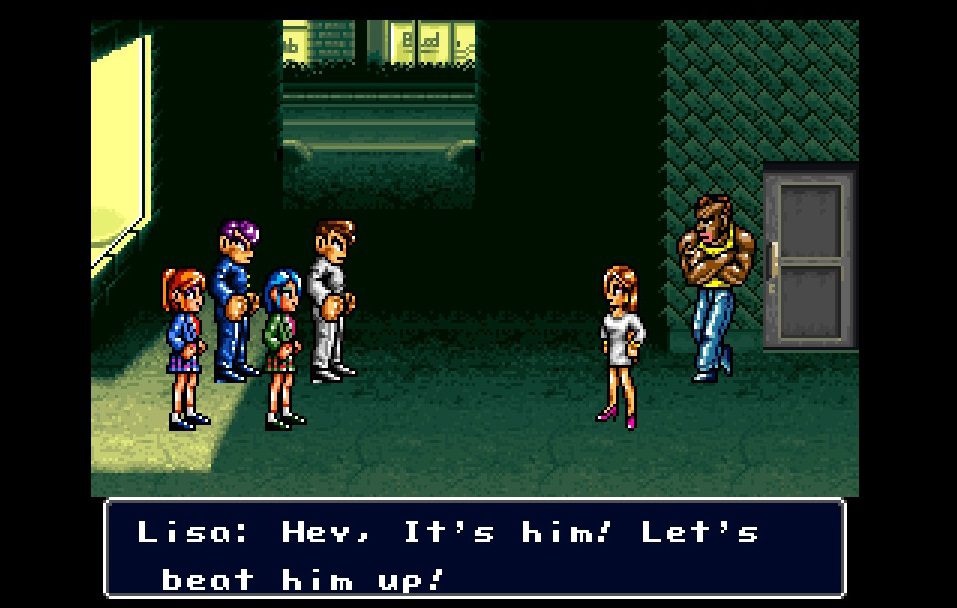 Our story begins with a hit-and-run tragedy, as a bystander is hit by two dudes on a speeding motorcycle, with one of the riders identified as Kunio-kun‘s titular hero and badass school boss, Kunio. Quick as a flash, our boys find themselves sped through the courts and thrown in the slammer, accused of a crime that they did not commit. This being the video game world, they quickly escape solitary via amusingly easy means, before setting out on a cross-country jaunt to uncover the truth behind the hit -n- run — a jaunt that will see a lot of fists and feet thrown before justice is ultimately served.

It should be noted, first and foremost, that River City Girls Zero is quite unlike a lot of the other titles in the Kunio-kun series. The 16-bit adventure eschews much of the open-city adventure and backtracking of its contemporaries, switching it up for sequential, linear stages as our gang of heroes follows the trail of breadcrumbs to the villains of the piece. For the most part, this consists of very straightforward 2D belt-scrolling action, as Kunio, Riki, Kyoko, and Misako throw down with the bullies, street thugs, gangsters, and other Bad Dudes that have the lowdown on the boys’ mistaken confinement.

River City Girls Zero is a simplistic brawler. Immensely so. It features the typical punch/kick action that typifies the series’ combat, complete with the classic back-attack, the satisfying ground-and-pound system, and ugly, unwieldy jump kicks. Each character can also put up their dukes to defend against incoming attacks, and all four fighters have their own cool special moves, activated by hitting block and then the requisite attack button. Misako gets her Street Fighter hurricane kick on, while Kyoko opts for seriously overpowered lightning legs.

For the most part, however, River City Girls Zero is a slugfest, exchanging finesse and skill for exploitation, tolerance, and patience.

Whereas the best brawlers, then and especially now, understand the flow of the fight, and the importance of smooth, rhythmic combat, River City Girls Zero is somewhat raw, with stiff movement and ultra-strict hitboxes. The “overlap dead zone” is in effect, and quite often victory is to be achieved through “working” the opponent (for example overlapping from above, walking the opponent into corners, or otherwise tricking the A.I.), rather than through smart combat, an admittedly clunky strategy style demonstrated in Technos’ arcade brawlers such as Double Dragon and The Combattribes. 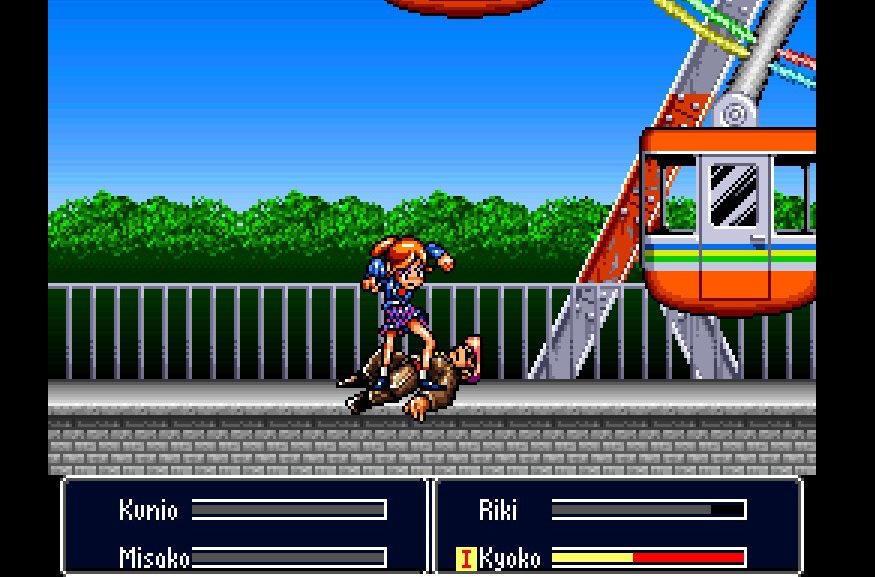 This stiffness is a problem with many early brawlers, but by 1994, the genre had already moved beyond what is offered in Shin Nekketsu Koha: Kunio-tachi no Banka, which, from a gameplay standpoint, feels years older than contemporaries such as Capcom’s Cadillacs and Dinosaurs, or Sega’s Streets of Rage 2, both of which had released over two years prior.

The cute Super Famicom sprites offer much personality to our heroes and villains, and the combat is meaty and relentless, but the game’s design barely advanced from the earliest Kunio-kun titles, when other series had already begun experimenting with much deeper combat mechanics.  As a result, standard enemy encounters are incredibly samey, while boss battles an exercise in “trickery”. The new engine utilized for River City Girls Zero does work to improve the notorious input latency of the original Super Famicom release, making the action here a little more forgiving and responsive to the player.

In the title’s favor, its nicely animated and colorful sprites, variety of citywide locations, and legitimately smooth SNES synth punctuate the action. The anarchic story is also a lot of fun, (you gotta love the police telling our gang of renegade high school kids that it’s fine to take the law into their own hands). Aesthetically and narratively, River City Girls Zero lives its cool and compelling “outlaw” vibe, reminiscent of Toei’s excellent array of ’70s gangster flicks.

As the story progresses and our heroes travel around the country, the side-scrolling stages are linked with Road Rash style motorcycle sections, where the player guns the hog to the next location, while indulging in footsies with enemy riders. These sections are pretty disappointing, dated even by ’94 standards. The overall problem with Shin Nekketsu Koha: Kunio-tachi no Banka/River City Girls Zero is that the title lacks a sense of “electricity”, despite its fun story and great soundtrack. Still, as is the case for so many brawlers, the enjoyment is increased with the addition of a second player. 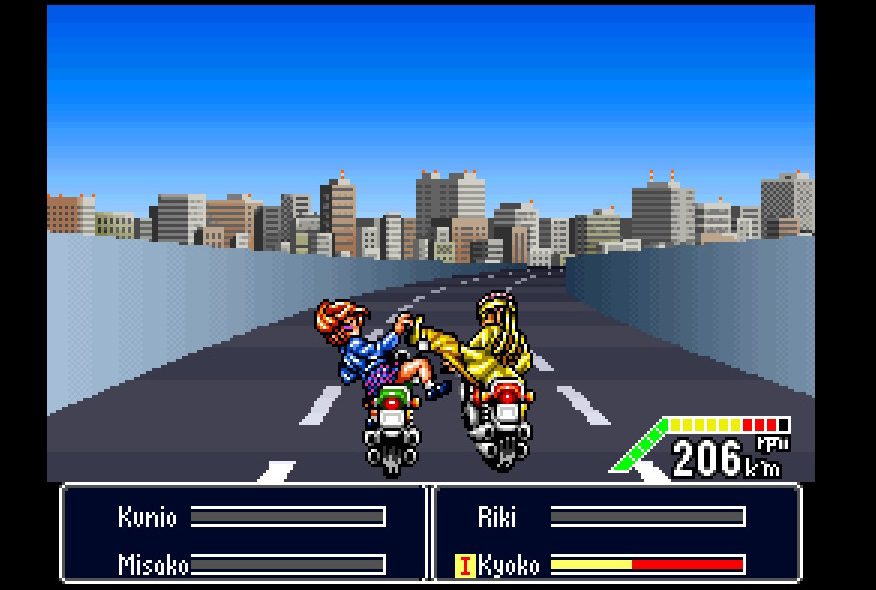 Shin Nekketsu Koha: Kunio-tachi no Banka is, without doubt, a piece of gaming history. WayForward recognizes this, and has dressed up the title in a wonderful presentation package. We open with a fantastic anime sequence, (when’s the OVA!!?) backed by an absolute fire song from series composer Megan McDuffee. We also get a delightfully meta manga sequence, as Kyoko and Misako pick up a copy of Shin Nekketsu Koha: Kunio-tachi no Banka for the Super Famicom and attempt to get it running on, (what must be to them), ancient hardware. Kids these days.

We roll credits with another awesome new tune, and scans of the original artwork and instructional manual are also available to peruse as a fun extra. In regards to localization, there are two English translations on offer: A “Literal” translation, which closely follows the original Japanese text, and a “New” translation which is a little tidier and omits the swearing and misogynistic language of the original script. A useful save state function also helps out in some aggravating boss battles. Ironically, River City Girls Zero fits the bill as a preserved historical relic better than it does as a retro experience. 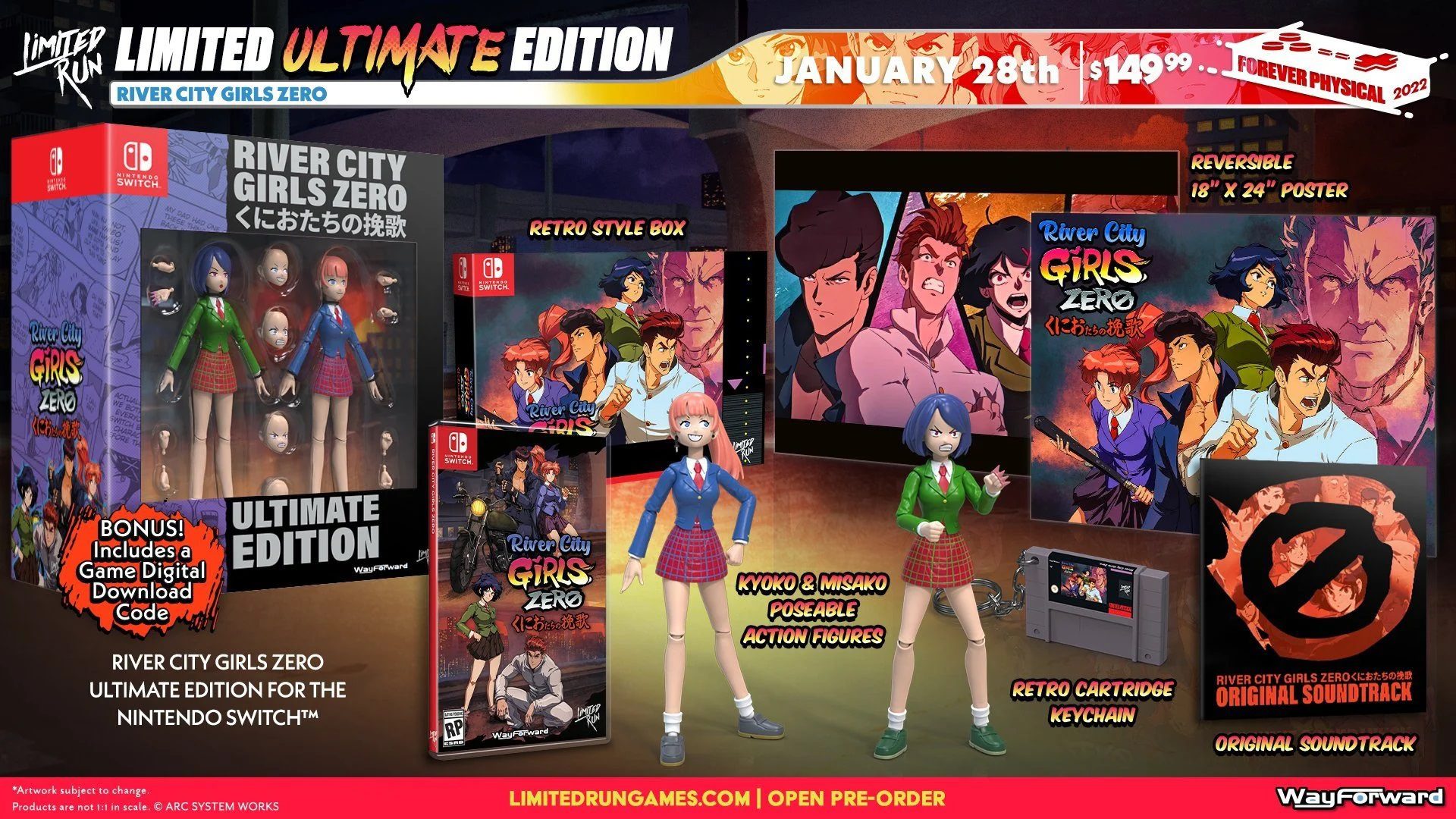 As both a Kunio-kun and a brawler aficionado, I think it’s marvelous that Shin Nekketsu Koha: Kunio-tachi no Banka has been given this new lease of life. It’s gaming history that needed to be archived, both for the legacy of Kunio-kun and for protagonists Kyoko and Misako, a duo who only have further fantastic adventures ahead. Fans of the series, who can better tolerate its gameplay shortcomings, will squeal with delight that this long-standing hole in their collection has finally been plugged — though even they wouldn’t deny that this entry is, ultimately, one of the series’ weaker offerings.