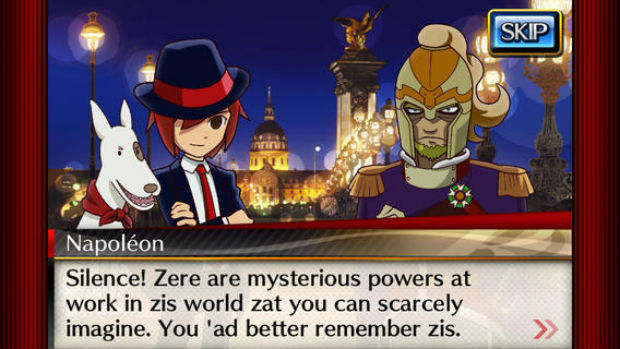 I enjoyed this on 3DS

Rhythm Thief and the Emperor’s Treasure was released on the 3DS in 2012, and I absolutely loved it. It’s not perfect by any means and has a few glaring flaws, but it’s filled to the brim with charm and I loved the anime style presentation. Today it’s been ported to the iOS, but please note that this is not the same version as the 3DS game.

It’s basically an abridged port, with added social features (good ones, like the ability to pick up new crew members for stat bonuses), and new mini-games. The story is also pared down, and of course, the controls are touch oriented. As an aside, it appears as if the game needs an online connection to be played, so if you’re absolutely against this limitation, don’t pick it up.