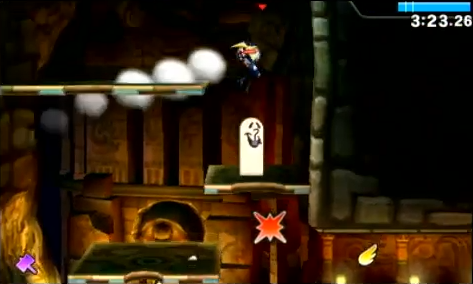 Smash Run enemy may portend of reveals to come

Buried under all the other E3 news this weekend as the eagle-eyed observation that one of the Sneaky Spirits from the original Rhythm Tengoku/Heaven on GBA is an enemy in the Smash Run mode of Super Smash Bros. for 3DS. As far as I can tell, all of the enemies revealed from Smash Run thus far have been tied to playable characters, which has lead to some healthy speculation that the game will feature at least one playable character from the Rhythm Tengoku/Heaven series. That’s something a lot of people were expecting anyway. Though the series hasn’t done big numbers outside of Japan, it sells in the millions in its country of origin, making it one of Nintendo’s most consistently popular recent IPs.

So it may not be a question of “if” Rhythm Heaven character will be in the next Smash Bros., but a question of “who.” A lot of fans are betting that rumors from earlier this year will bear fruit, indicating The Choir Boys will take the spot, as most of those other predictions have already come true. We’ll likely know soon enough, as a few more reveals before Smash Bros. for the 3DS launches in October are inevitable.

If it is The Choir Boys, I wonder what they’ll do for an alternate costume set? They are basically naked except for their bow ties, which is the trademark The Chippendales look. Maybe they’ll keep that theme going with a little snake stuff or some Swayze-style quaffs.