I bless the rains down in Afroca

During 2015, I managed to start my relationship with the English Ys PC games. From there, I fell in love with Falcom’s other works. With XSEED bringing Ys Seven to Steam, GOG, and the Humble Store, it felt like I would witness another moment in the company’s history.

Since I missed out on playing its original PSP version, this made me interested in seeing how it handled Adol’s first party-based adventure. In the end, it was a neat addition to the series. 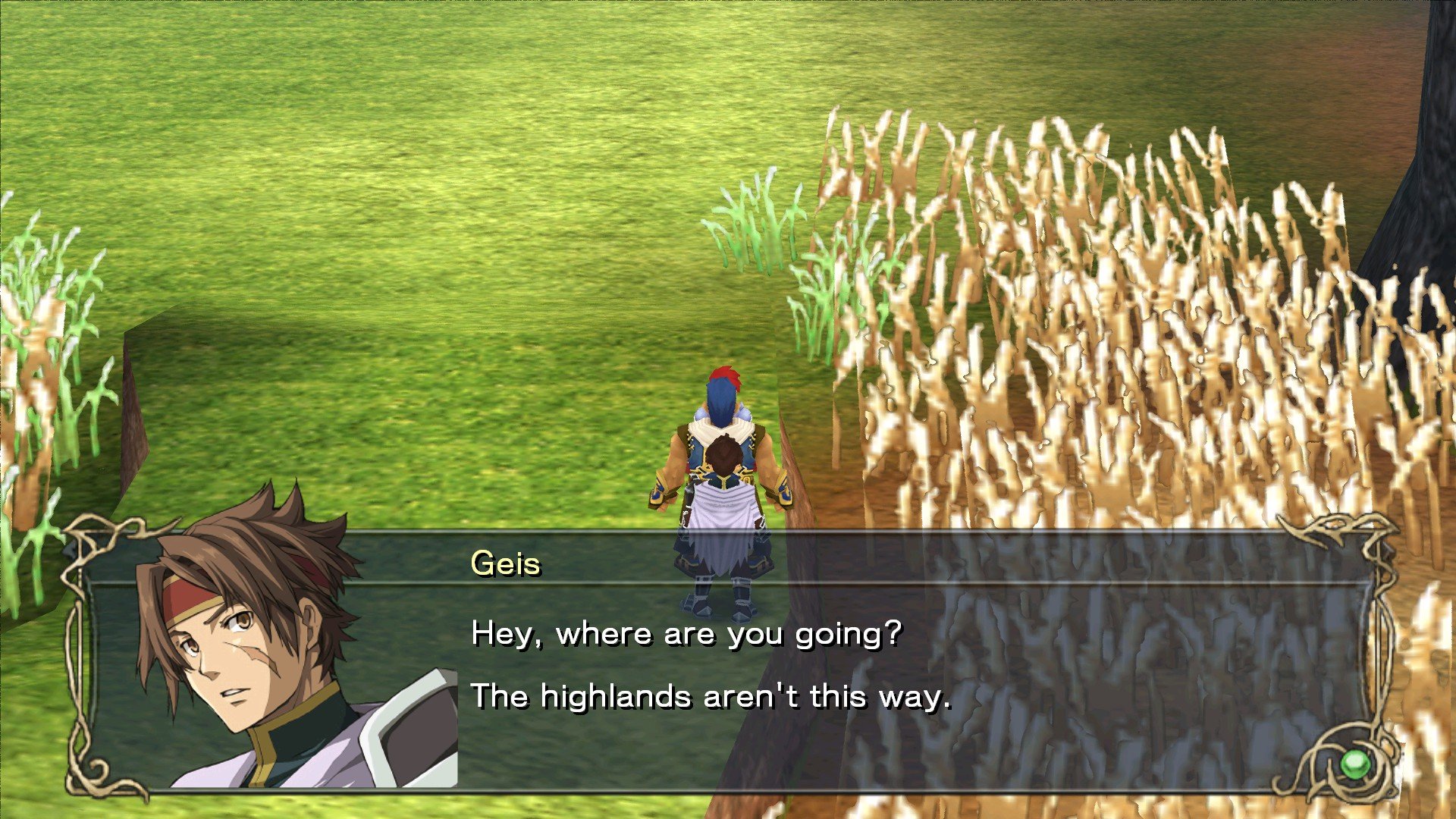 Ys Seven takes a departure from the series’ main lore as it revolves around the five great dragons who govern Altago’s energy flow. The interesting thing about the region’s location is that it’s Adol’s second adventure in Afroca, the Ys version of Africa.

With the exception of Ys V: Kefin, The Lost City of Sand (the link is debatable), the titles before Ys Seven focused on Adol facing a danger that’s connected to the Eldeen, the series’ recurring ancient civilization. Thanks to the new direction, were treated to a narrative that adds more mystical elements to the world of Ys since Altago’s legends seem to be their own thing. Of course, any medium where dragons play a prominent role in the story is always a plus.

For a simple story about Adol gaining the dragons’ powers, there’s a good amount of depth in the adventure. The party members provide details about the land’s history, and there are optional scenes where players can learn about certain characters. Some aspects include moments where people are exploiting the public while Altago is going through calamities and an incurable disease. While it’s not as detailed as the segments in The Legend of Heroes: Trails series, you’re given enough information to feel right at home in Altago. Just like Falcom’s other stuff, a majority of these parts feel genuine, instead of being there for the sake of extending the product. Depending on how you approach certain scenes, you might start to cry when the game comes to an end.

In regards to the Ys series’ first transition from a solo quest to a party-based adventure, the game retains the key things that made the previous titles fun. You’re still playing a fast-paced action RPG where you have to be alert, and the world requires you to find relics that help you access certain areas. The main difference is that you have different characters who’re effective against specific enemy types, which requires you to change your playstyle. Surprisingly, this doesn’t slow down combat since switching between party members happens in a flash. Thanks to this system, we get to play as Dogi the Wall Crusher and Ys VI: The Ark of Napishtim’s Geis.

Instead of players using magical accessories to use skills, Ys Seven provides you with weapons that contain special abilities. Due to this mechanic, the game is the first installment with a large weapon count. When you combine this with the ability to craft equipment, you’re looking at a quest that’s longer than the previous Ys titles. Luckily, the drop rates are friendly, which prevents item farming from becoming a chore. 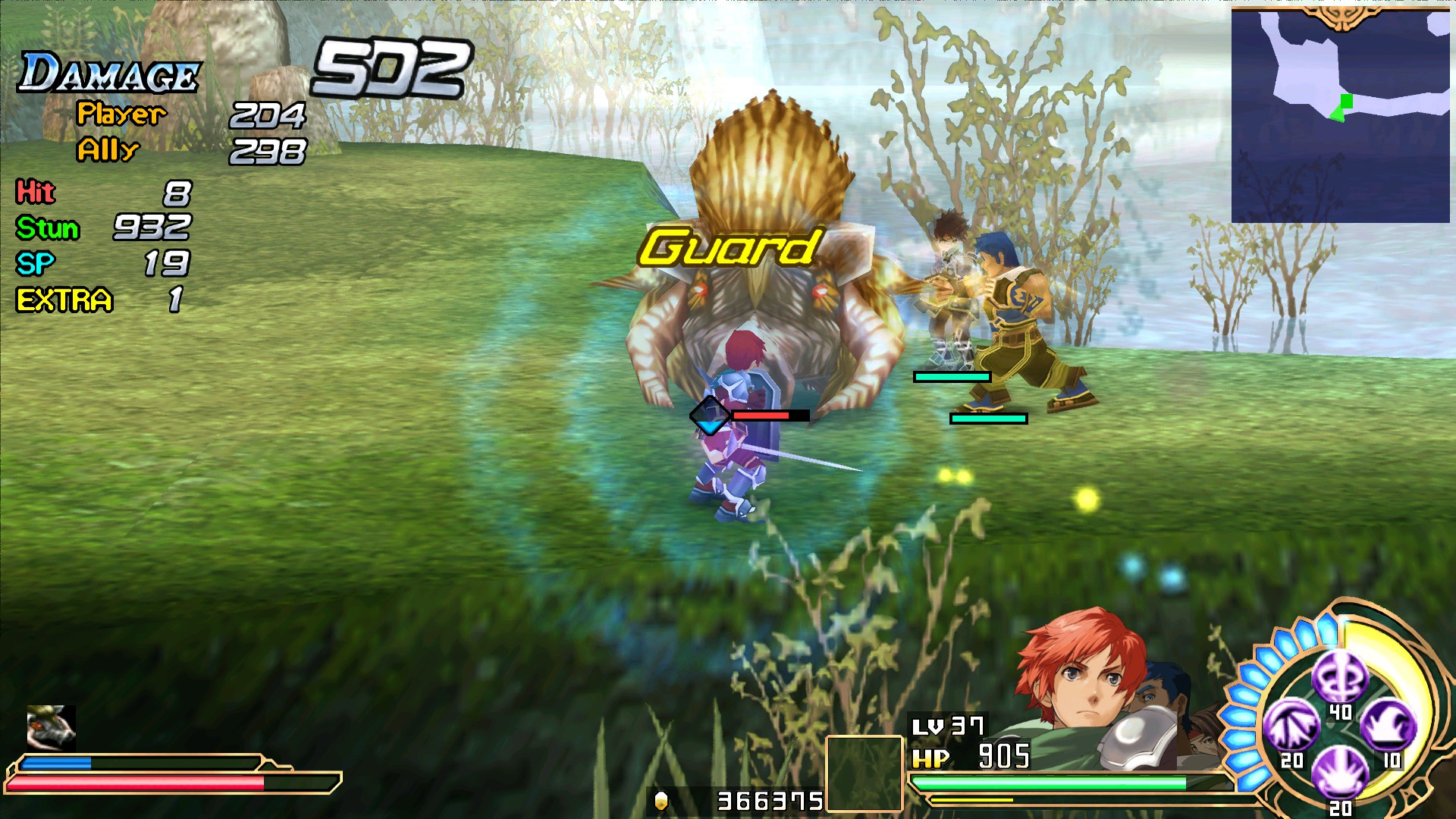 While you can’t jump in Ys Seven, the ability to roll and Flash Guard are a nice substitute. The latter lets players nullify any attack, which gives you another defensive option in battle. If you pull it off, the move allows you to land critical hits, along with restoring your skill gauge. On top of that, it serves as a rewarding mechanic for those who want to take risks. Since the bosses still use bullet hell-like attacks and crazy moves, the major fights will test your mastery of this feature.

Just like their other titles, Falcom Sound Team jdk nailed Ys Seven’s soundtrack as they set the mood for each scene. Whenever the song “Vacant Interference” played during a boss fight, the track’s rock introduction and fast-paced violin beats increased my adrenaline to the point where each encounter got me excited. Then you have the drum sounds accompanying each part, which helps you be alert while you try to dodge or block your opponent’s next move.

As for the port’s quality, Ys Seven’s frame rate remained smooth during combat, and its designs looked nice on the PC. Since my machine is a laptop from 2012, it’s good that the game runs well on older computers. For the most part, it’s a big improvement over Joyoland’s Chinese release, since XSEED and HYDE, Inc’s version features better resolutions. One of its best additions is the ability to change the menu’s button icons to match your controller, with the options being Xbox, DualShock, keyboard, and PC classic. All in all, HYDE, Inc. did a great job in porting the game from scratch, which shows that their experience from working with companies like Bandai Namco, Atlus, and Marvelous paid off. 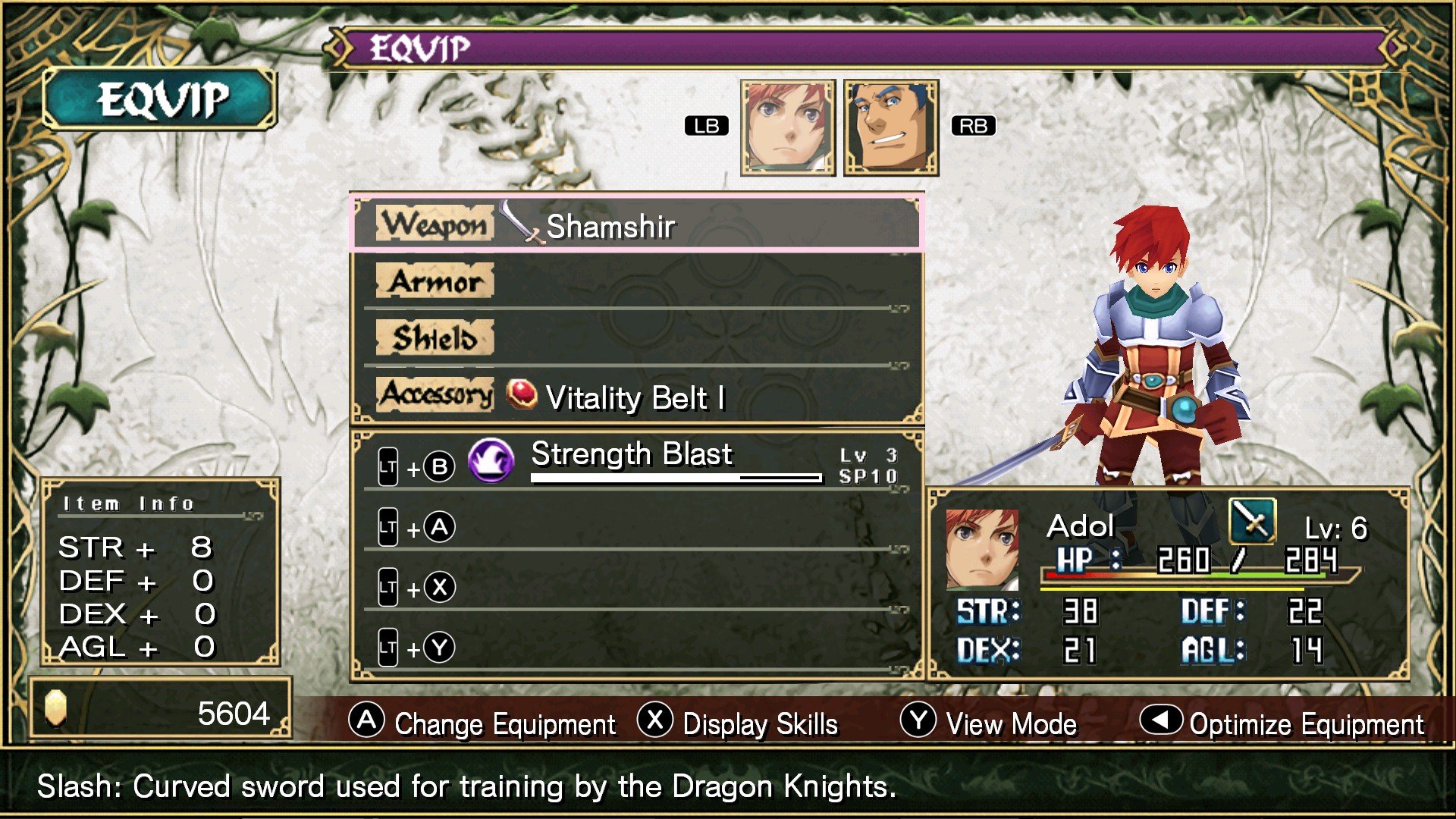 Looking back to Falcom’s previous stuff, Ys Seven features a wonderful mixture of things from their other games. The Zwei series’ character-switching system allows for people to adapt to different situations, and Xanadu Next’s weapon skill mechanics lets players experiment with the party’s fighting style. This shows that the company is good at taking risks with the Ys titles since Adol’s adventures continue to be a blast. While the quest is longer than the previous installments, the setting’s inhabitants and the combat keep things entertaining.

Depending on how you tackle the journey, it can take around 20 to 37 hours to save Altago from danger. Of course, this time range takes the side missions and optional bosses into account. Because of HYDE, Inc.’s involvement with the PC port, this makes Ys Seven’s new release the best version of the game. In other words, XSEED has found themselves a great ally.