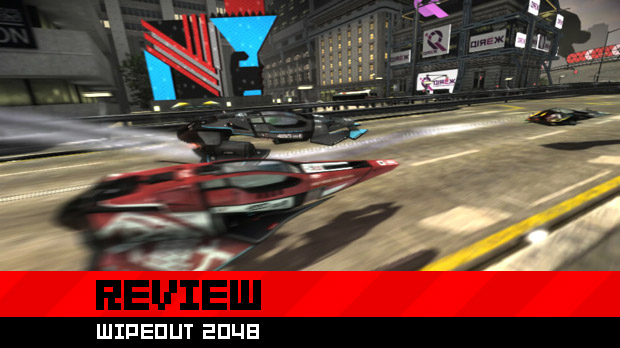 The Wipeout games have always served as a solid system showcase with their flashy graphics and impressive sense of speed, so Studio Liverpool’s latest, Wipeout 2048, makes for a nice launch title for the PlayStation Vita. Nice, but not easy.

As with the other games in the series, this one’s lovely looks reel you in. But then you’re quickly hit with a lack of road resistance, too-fast movement, and the slight sense of motion sickness from all the swerving. That’s not to mention the tight turns, gut-dropping dips, and the heat-seeking missiles on your tail. Suddenly you’re sweating, heart pounding, gritting your teeth into turns, and wondering what you signed up for. 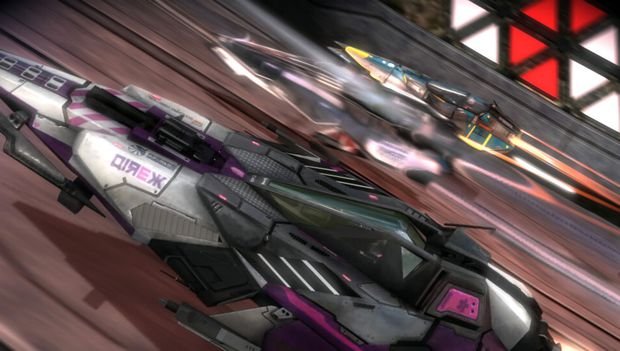 Studio Liverpool brings its super-fast hovercraft racer to the PlayStation Vita, and they didn’t leave out a bit of speed in the move from console to portable. This game is as fast and flashy as its predecessors, and it really impresses on the Vita’s high-res screen. The shiny crafts and the futuristic backdrops seem to pop right off the screen, and outside the occasional dip in frame rate from heavy action, it moves so smoothly that you’ll wonder how the Vita isn’t overheating. For emphasis: Wipeout 2048 is a beautiful game.

Also to be emphasized: Wipeout 2048 is a bitch. The game is set in a time slightly before the other series installments in a sort of prequel, so you’d notice some not-so-futuristic backdrop set pieces if you weren’t smashing into walls or other racers at a bazillion miles an hour. This is a brutal and unforgiving racer, even with all the optional assists switched on. You’ll have to get used to wall collisions early, as they are the norm for this game — easily the floatiest one yet. Just like in the other Wipeout titles, you’ll pilot an anti-gravity craft through some of the most bendy, twisty courses ever devised. While the Vita’s tiny buttons and analog stick hold up well, you’ll still be hard-pressed to stay on the track and keep up the speed needed to properly finish the race in a ranking position. When you do pull off a win, it feels amazing, and somehow also almost like a fluke. 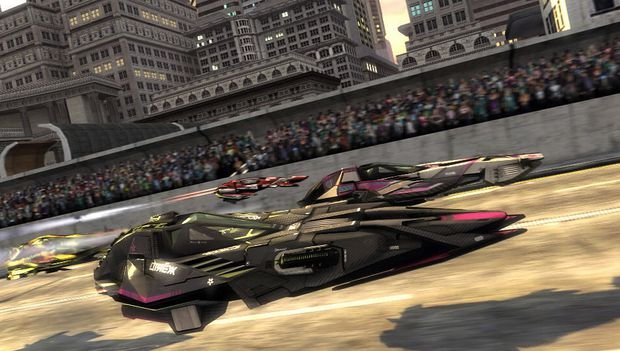 The problem with 2048‘s racing formula is that it feels like you got lucky when you finally do win. Sure, skill is needed to master the careful braking and cornering needed on these crazy tracks, but the standard battles — which require both racing and combat — feel like a free-for-all. In the Wipeout games, victory can only be captured by those that are able to pass over each track’s boost points without running into walls or other players. This is already difficult in time attack races, but it becomes maddening when other racers are ramming into you, pushing you away from the boost points. Adding to the sense that luck is needed are the weapon pick-up points, seemingly loaded with power-ups at random. While the best items won’t guarantee a victory, matches feel impossible to win when dud pick-ups come up in the random mix.

That all said, the racing action is exciting enough that you probably won’t get too hung up on these faults. There’s always the possibility of earning more experience points to gain better craft, and you’ll earn that through standard play. The game’s main mode is a campaign that takes you through multiple seasons of varied race challenges where you’re free to pick from branching paths where even losses will net you some experience points. Get through enough of these races and you’ll nab a newer vehicle; many of these seem like the key to a barrier, finally pushing you through a race you couldn’t master before. There’s also an online option for this campaign mode, bringing leaderboards and additional race objectives into the mix.

Multiplayer matches can also take place through this game’s Crossplay feature, which allows up to eight players to race via an Ad Hoc connection simultaneously alongside PS3 players on Wipeout HD. 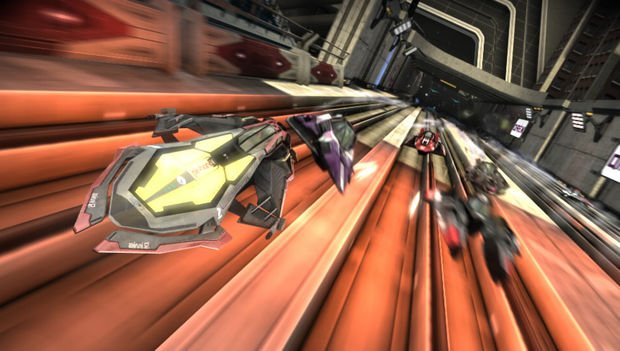 The new control types that use the Vita’s touch and tilt inputs are forgettable. You can switch on a tilt-to-steer control scheme, but it feels so off and floaty that it’s barely worth trying. In this mode, you’ll use the rear pad to boost, and the front panel to take in items, but it’s so much easier to use the standard button control that this input scheme feels like a pointless addition.

Load times in Wipeout 2048 are inexplicably bad. They’re not to the point of being full-on painful, but definitely rank firmly at annoying, with half-minute waits coming up between every race. Even race restarts come in at a mind-boggling 15-20 seconds. These are load times that feel like they’re just under that of a PSP title streaming off a UMD, and feel unnecessary coming off cartridge-based media. 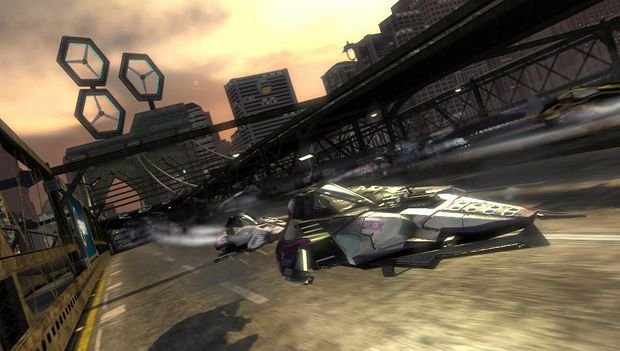 There’s plenty of thrilling racing action to be had in Wipeout 2048, with all the flashy looks and blinding speed you’d expect from a console title. Series fans will find a lot to love here, with plenty of new challenges, though those new to the series may find themselves frustrated with touchy controls and unforgiving levels. If you really need to go super-fast at Vita’s launch, this one could fit the bill.  Otherwise, there are more accessible launch racers out there.